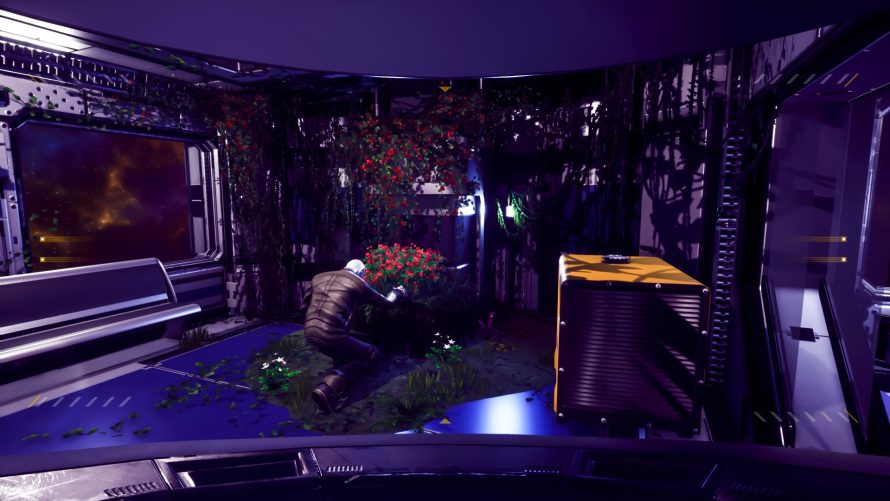 It was supposed to be a routine rescue and salvage operation for Aryn Vance and John Kindley. Just another day on the job. No mystery, no intrigue – just something easy to pay the bills. But things have a habit of not going quite according to plan in STARDROP. Oh, and that spaceship our protagonist duo boarded… might mark the beginning of their last op, ever.

Salvage and rescue can be a dangerous affair, after all, and no less so out there among the stars, going from one abandoned spacecraft to another in search of, well, something. Anything. A soul in need of transport back to civilization, long-forgotten treasure, or even a mystery yet unsolved. Were I in their line of work I’d pray for two of those and let sleeping dogs lie. But alas, curiosity comes with the territory, and with it, a seemingly intriguing narrative.

When John and Aryn take on a seemingly routine salvage mission they could have never guessed what they would find.

As depicted by the trailer below, exploration is on the menu in STARDROP, complete with puzzles and stealth elements; or put differently: not all obstacles in the game are to be messed with. At least players won’t be fumbling in the dark, the APD (All-Purpose-Design) suit’s built-in flashlight ensuring shadows will be cast in those gloomy corridors. Adding to the overall awareness factor is the Object Scanner, which is able to detect hidden control panels and security cameras. Not cool enough? Oh don’t worry – the zero gravity environments will surely add plenty to the coolness factor. If it works.

Old audio logs, emails, and puzzles – I did mention puzzles, right? – await across the four chapters that make up the bulk of STARDROP. By which I mean that you’ll want to consider straying from the path at every opportunity, seeing how some of the best (and/or most dangerous) secrets tend to be those few know about…

STARDROP (and its demo) is available on Steam and itch.io, carrying a $24.99 price tag.