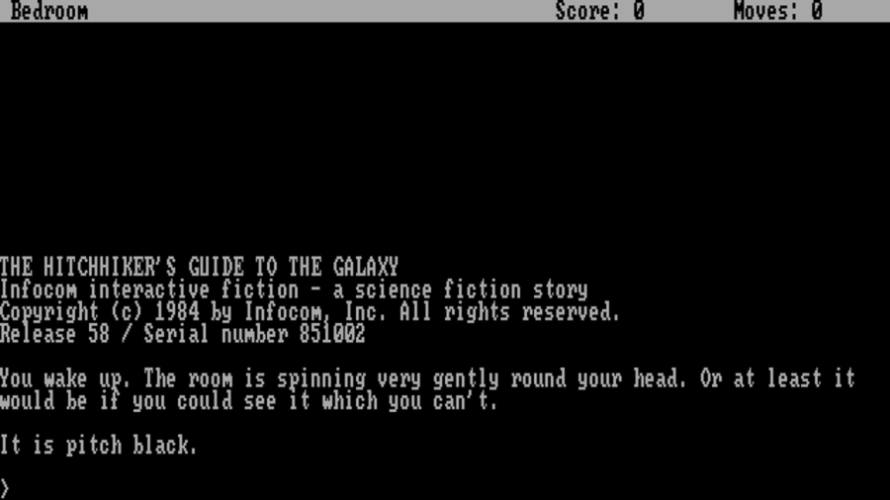 A cold wind is blowing and the temperature is barely creeping through single digits, in my neck of the woods. It isn’t sub-zero though, and I guess in a way, spring is in fact approaching. By which I mean that this year’s Spring Thing Festival of Interactive Fiction (still a mouthful, by the way!). What’s it all about? I am so glad you asked: interactive tales of textual entertainment!

Textual. As in, entirely text-based games played using a parser. Which likely means you won’t find any use for that fancy gamepad or super-expensive new mouse you just got, as these are – far as I can tell – all affairs that only move things along whenever the player performs an action, whether it be a dialogue selection or otherwise. Basically… interactive fiction. Right. Anyway, it’s time to play no less than twenty submissions. Once that’s done with, why not nominate one or more, either for a Best In Show ribbon, or the ‘custom’ (as in, ‘make up your own ribbon and give them to games’) Audience Awards? Just be sure to play at least two prior to making your picks and get your nominations in before 11:59PM EST on May 3rd, 2020.