Energy balls? ENERGY BALLS! Finally, a game in which your main thing isn’t guns, swords, rocket launchers, laser beams or some magical mojo! Instead, technology is your best friend in CrossCode, where you’ll have to fling energy balls around with great precision, curving them around corners and pulling off crazy trick-shots to make it.

In case you’re wondering, no, CrossCode is not a sports game, it’s a puzzle-/action-RPG. Or at least, that’s what Radical Fish Games are working on turning it into – all that’s currently available is a tech demo, which plays more like an extended tutorial. Doesn’t mean they don’t have a lot more ready that they’re simply not showing, though. I’m actually pretty certain that they do have plenty going on that we don’t know about yet, as video game developers can be quite sneaky, only showing just enough to get people hooked (which, honestly, is how I prefer it). But enough of that, it’s time to throw energy balls!

The controls are simple enough to pick up and even though the game will explain everything as you play, here’s a rundown for good measure: WASD to move around, hold down the left mouse button to aim and release to shoot, click the right mouse button while moving to dodge in that direction with a fancy spin move. Throwing balls around is pretty easy, but it ain’t all about action and precision shooting – you’ll also have to deal with enemies and take height into account as targets can only be hit from their level. 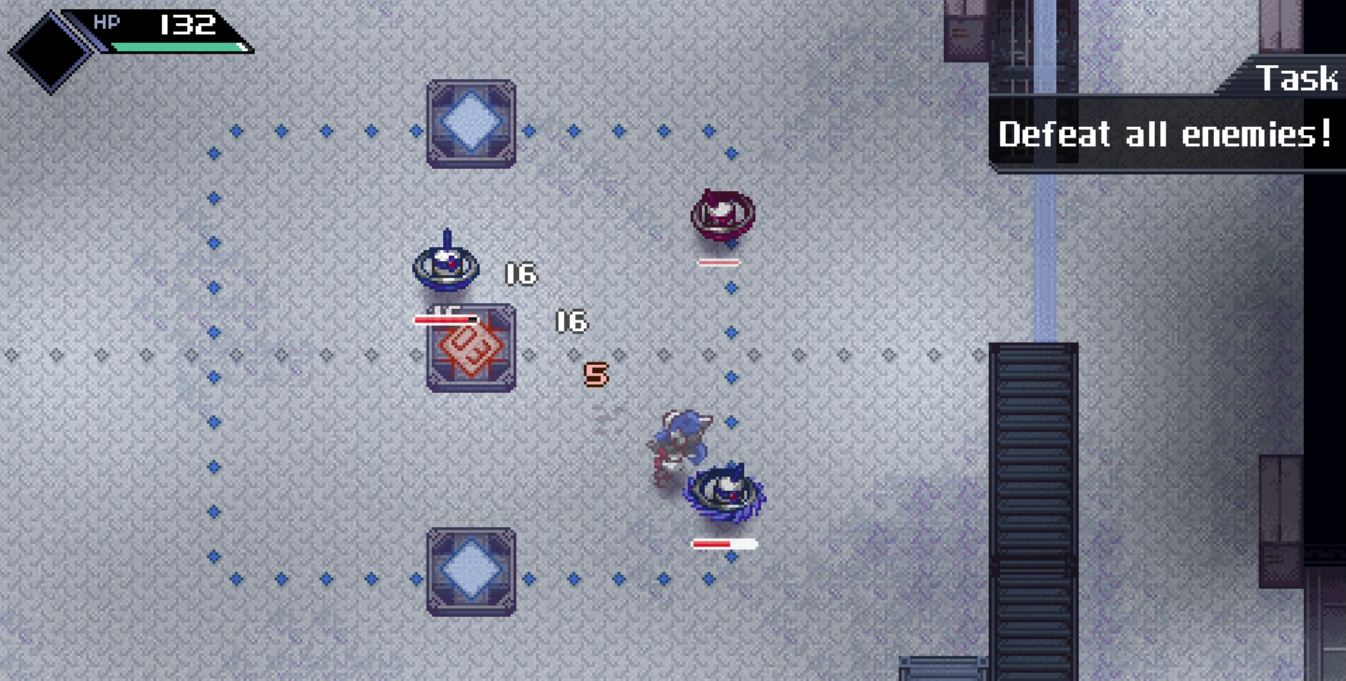 Now, while I do try to avoid drawing comparisons between video games, this one made me wonder if the main character in CrossCode had in fact escaped from Puzzle Bobble. Seeing the line used to aim those energy balls put that thought into my head, but after playing through everything available a few times, I sadly found no dragons or bubbles. At all. Guess I’m not always right, eh? What I did however find, was plenty of fun and the beginning of something potentially great, as I slapped switches and blasted enemies so I could open a path to the exit of each area. I had, if you’ll excuse the pun, a ball, and it was over much too soon.

But it is after all only a tech demo and Radical Fish Games seem to be on the ball, as weekly updates on their site details the development process of CrossCode. Based on what I can gather though, it has ways to go still, so in the meantime, why not take the tech demo for a spin in your browser? You just might walk away impressed – I sure did.