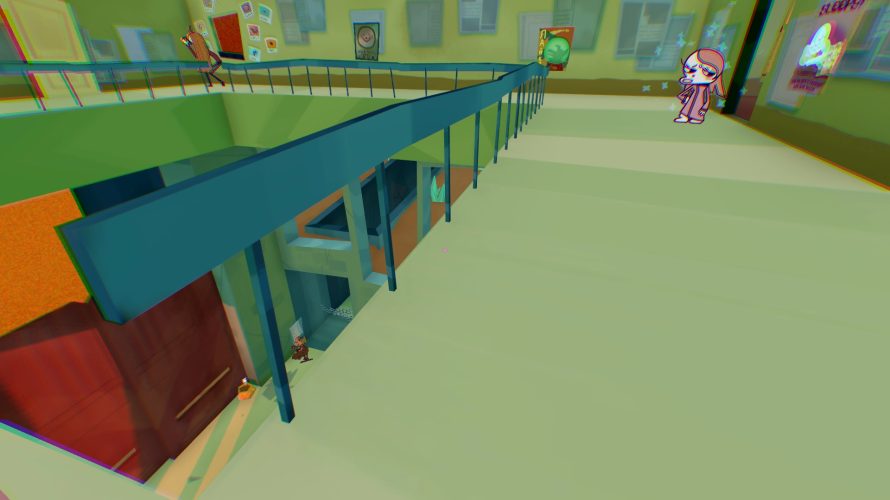 It all seemed so simple at first. Each day brought with it new friends as I helped more and more people at the Habitat find a reason to… Smile For Me. Even if I was only able to shake my head and nod when communicating, somehow, my message got through to, well, most of them. There were a few I simply couldn’t sav – I mean, cheer up. Yeah. That’s it. Ahem.

Alright. So, what I meant to say was that something strange is going on at the Habitat, and I’m not talking about its residents either, even if they are most certainly a unique lot. Especially that guy with the flowers and the drunk lady. But none of this will be apparent from the get-go, as at first glance, everyone just seems like they went for seconds when personality quirks were being handed out. If only that was the case. If only things had gone differently. If only.

Right. Anyway, let’s take it from the top. Smile For Me, as the title might imply, is all about turning that frown upside down. How? Well, as mentioned earlier, by helping people with their problems, and that’s all there is to it. Except it isn’t. Oh, and you can do more than nod or shake your head too. But everything else I’ve said so far is true. What else can you do? Why I’m so glad you asked. According to its creator, this game is a point ‘n click adventure, which means… inventory puzzles! Good ones too, unlike those in certain other genre entries. 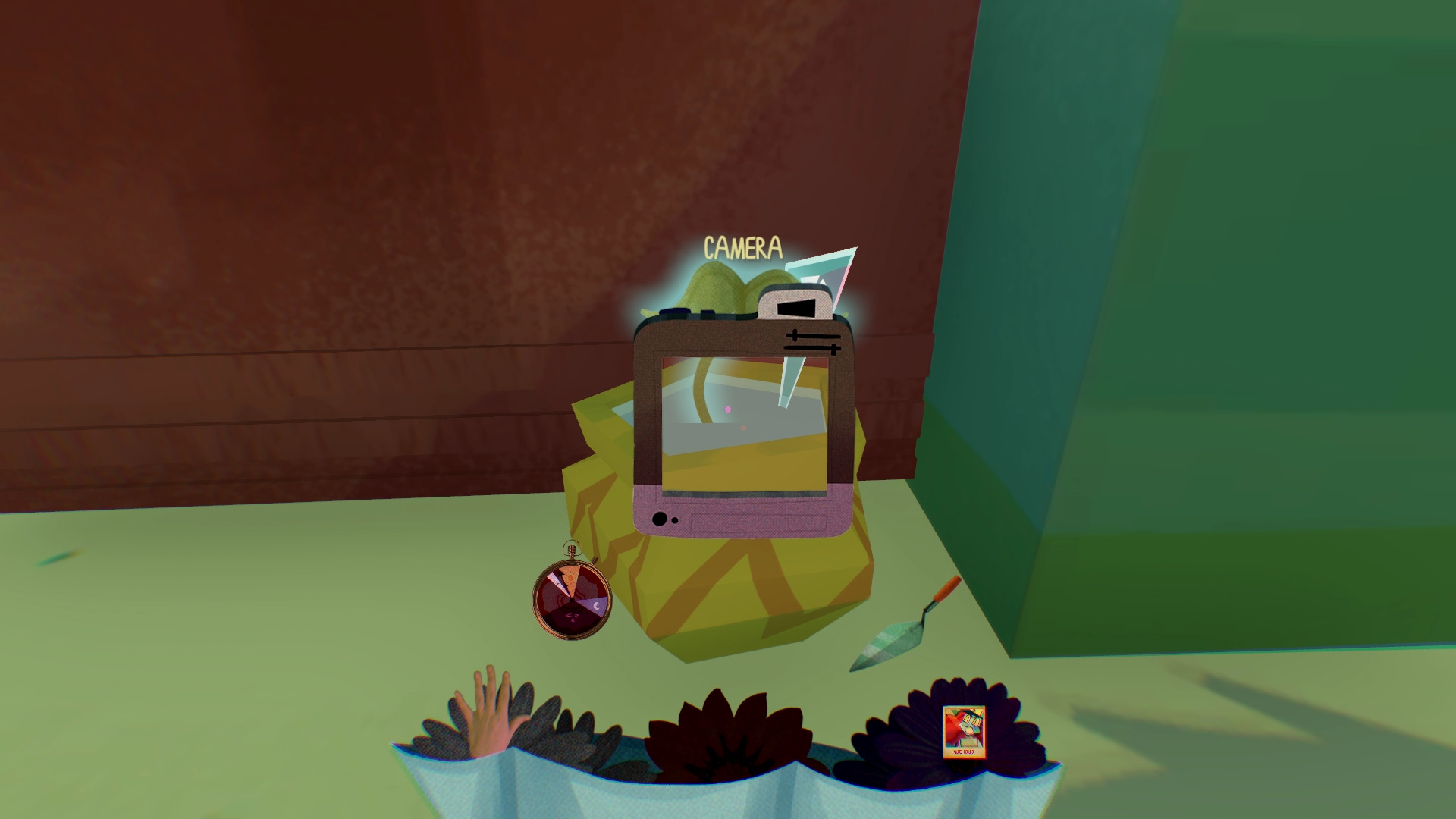 None of that ‘combine a with b to create c that can then be used on x to open y’ stuff here. Instead, items are used to manipulate either the environment or specific characters during certain conditions. Which, I’ll admit, does sound kinda clunky on par with inventory manipulation in the classics. But it isn’t. In fact, for the most part, during the four or so hours it took me to reach the credits, I was only genuinely stumped once or twice. Went to sleep way past my bedtime, which is something I would not recommend. Then again, maybe I would? Yeah. I totally would. Be reckless! Stick it to the man! Just remember to still make everyone smile as you go about being a total rebel.

Speaking of bedtime, the in-game world features a morning/noon/day/night/etc. cycle and you better make sure you keep track of the hours if you don’t want to spend days upon months upon years trying to get anything done. That said, it can be downright useful to simply call it a day early, seeing how characters… well, the arrival of a new day, for some reason, tends to bring about new dialogue. For some reason. Even if you’ve done absolutely nothing that would have any kind of impact since last striking up a chat with them. It’s a nice system for whenever one gets stuck, even if it doesn’t quite make sense. At least not to me. 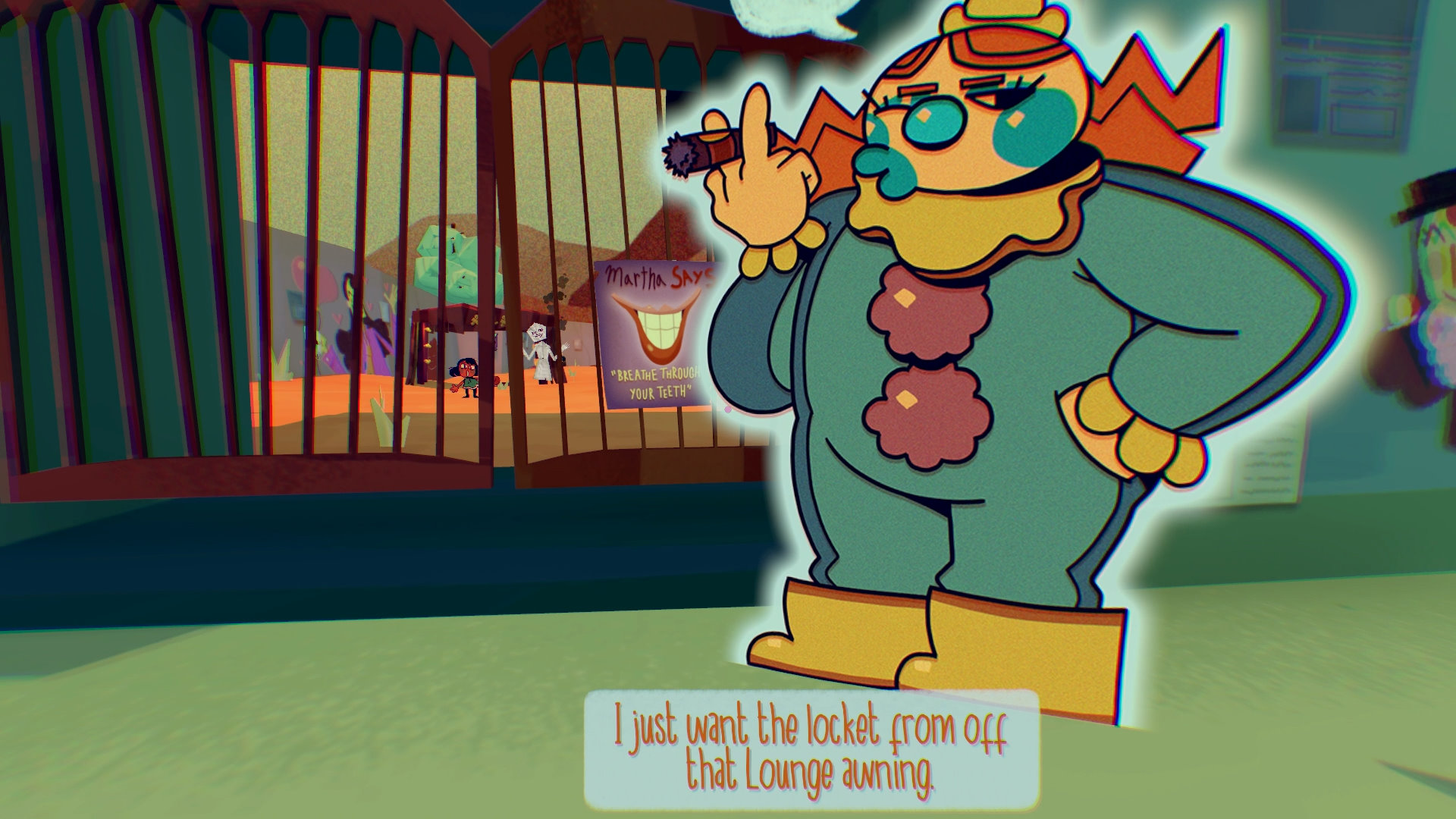 The same can’t be said about everything else at the Habitat. Everyone was very specific about their needs and/or desires, and more often than not, helping each individual was simply a matter of finding the proper item and using it. A few of these required a fair bit more precision and trial-and-error than I would have liked, however, including turning a handle and being sneaky with the use of certain items. But aside from that, thinking back, I do not recall a single illogical and/or obscure puzzle. Unlike those darn videos that play on the TV whenever you go to sleep. Extremely obscure. And weird. So very weird. I’d be lying if I said they didn’t bring equal amounts of chuckles and staring at the screen in disbelief, though.

Oh, and going back to the whole inventory bit for a, well, bit: while the main purpose of each item is to do something to someone to get something in return, quite a few also enable you to access new areas (much like the outcome of aiding certain characters). Which is an undeniably good thing as it gives the player more to explore, more to experience, more to… well, get confused by. Because if you’re anything like me and balancing the names of more than a few characters in a video game at the same time is simply too much, you’re gonna have a rough time in Smile For Me. 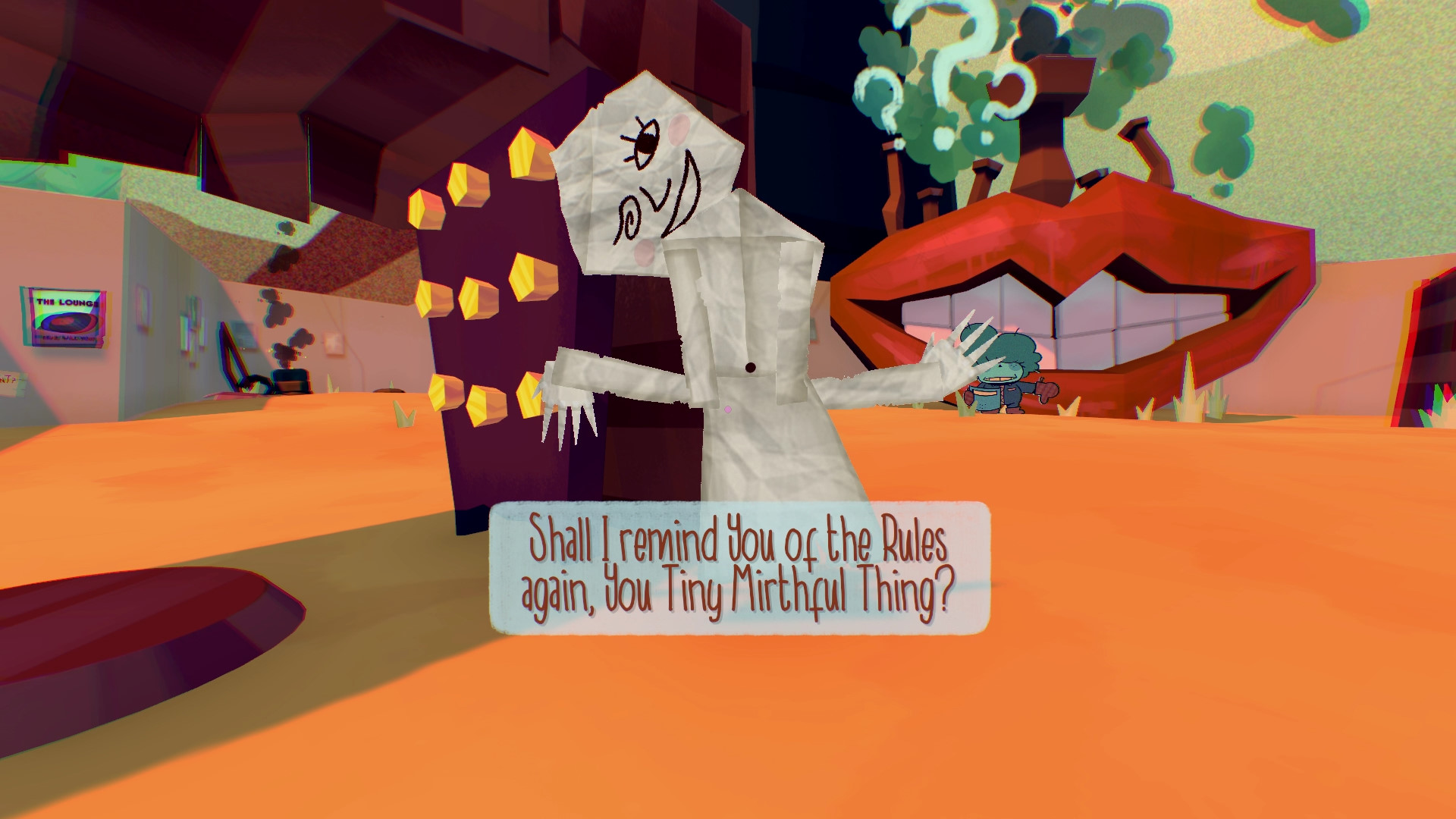 Name-dropping isn’t overly common and not everyone is looking for someone else, and yet, given the number of people available to interact with as the world becomes more and more open… I’d be surprised if most who play this one don’t get a little confused as to who’s who. At least you’re able to sprint at all times, no silly stamina meter getting in the way of dashing back to that one person in need of something you recently came across – except, he’s down the stairs, through the gate, up a table, across the wing of a plane and down a rabbit hole. Okay so only some of those are actually in the game, but you get the gist, I’m sure: it’s a big world with a lot of people. No two are alike either, and some are honestly downright mad.

But why are they here, why are YOU here, and what’s with this whole thing about smiling? See, I could tell you, having finished Smile For Me, but that would be spoiling. And that simply won’t do. Instead, I’m going to leave you with this: pick up a copy, right now. Don’t let its price tag or the fact that I finished it in less than five hours sway you, for based on the achievements – many of which I didn’t get – there’s a lot more to do in Smile For Me than I managed to accomplish. I may have reached the credits on this little cartoony adventure, cheering up people left and right, but something tells me there’s more than one end to this particular story. Even so, I closed the game knowing that I’d improved the lives of more than a dozen zany characters, and you know what? That’s good enough for me.

Smile For Me is available on Steam and itch.io, carrying a $12.99 price tag.