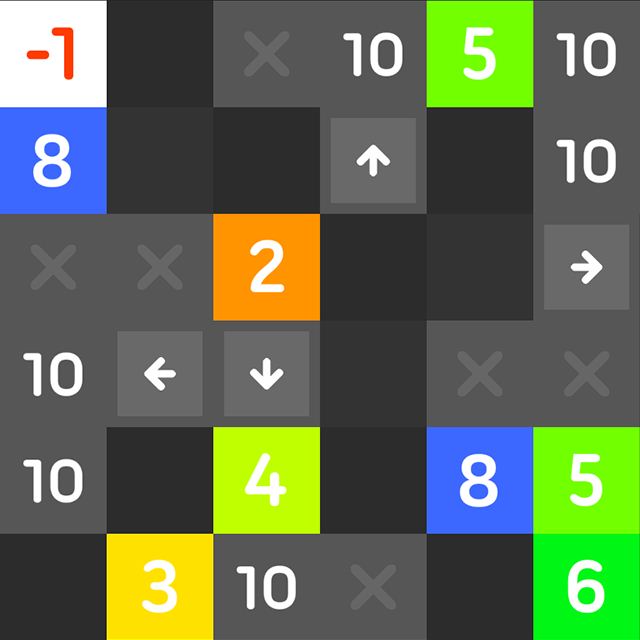 Most puzzle games that revolve around mathematics tend to be overly complex, limiting their appeal greatly. 10 attempts to sidestep this issue by mixing the numeric aspect with a block-based sliding mechanic. Less number crunching, more puzzle solving.

In 10, you won’t be wrecking your brain with ridiculous math problems or equations. What you will be doing, however, is slide blocks all over the place. When two collide, their numbers are added together. Rinse and repeat until that number reads… 10. Now, this would be quite easy, if not for one tiny detail: each 10 you create becomes a solid block. Since blocks will slide until they hit something, these can be used to your advantage. But if you’re not careful, they can just as easily force a level restart.

Later levels also throw pre-placed solid blocks and brand new types into the mix, to lessen potential repetition; we are talking about a math puzzler after all, no matter how you turn and twist it. Add, subtract, multiply and above all else, plan ahead. Wow. Who’d have thought so much strategy could be applied to a 2D game about numbers? Oh right, almost forgot about the wormholes. Let me tell ya right now, those things are definitely not to be trifled with.

With 10 packing a total of 140 levels at launch and more coming later, there’s plenty of bang for your buck here. Quite literally, as it’ll cost ya $2 on Android and iOS (note: iOS version is free until the 20th). If you feel like demoing it first, there’s also a browser version with 55 levels.