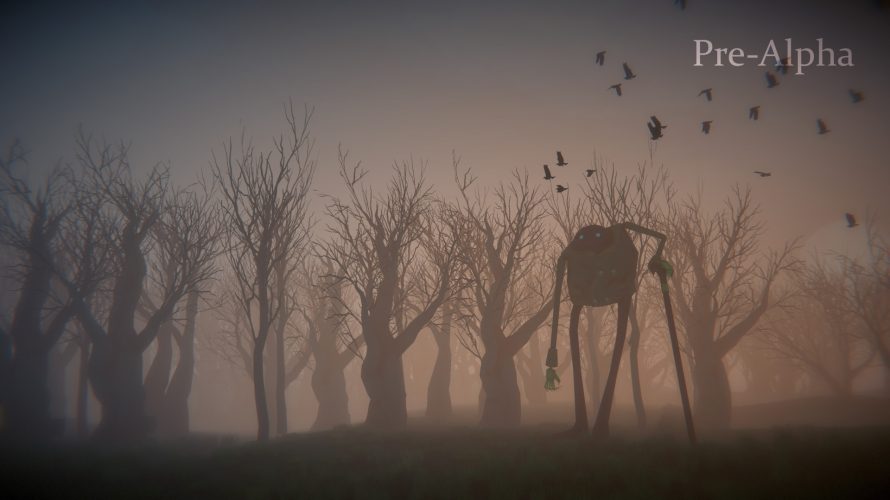 Your mission is simple, although actually accomplishing it… anything but: tweed-wearing robots are yearning for blood – your blood, to be exact – and only through stealth, wits, a smidge of luck, are you going to stand a chance of getting out in one piece. Perhaps the UI changes and the addition of a perk system in the upcoming remaster can help too?

Hard to say at this point, of course, although I do suspect the perk system is going to help on some level at least. Oh right, the UI isn’t the only thing that’s changing for the Reinvented Edition version. Being billed as a remaster and all, well, you’d kinda think the graphics and audio would get an overhaul too, right? In which case, you’d be absolutely correct. Brand new engine too. Exciting stuff.

Core components will remain, however, and as such, Walters – your faithful butler – will once more be providing advice as you attempt to escape from this “terrifyingly funny alternate dimension” (wait, what?). Speaking of which… existing Sir, You Are Being Hunted owners will be getting a discount on Sir, You Are Being Hunted: Reinvented Edition. How much is unknown at the time of writing, and seeing how the game is still quite a few months away, guess we’ll just have to wait and see. Or play the original while we wait and see. See about making fools of those darn robots for trying to murderize (again, totally a word) players.

I mean, it did receive a lovely update a couple of days ago, bringing back multiplayer with an engine upgrade and other fun things. So what are you waiting for, an invitation?

Sir, You Are Being Hunted: Reinvented Edition is scheduled for a Steam release, come February 2022.