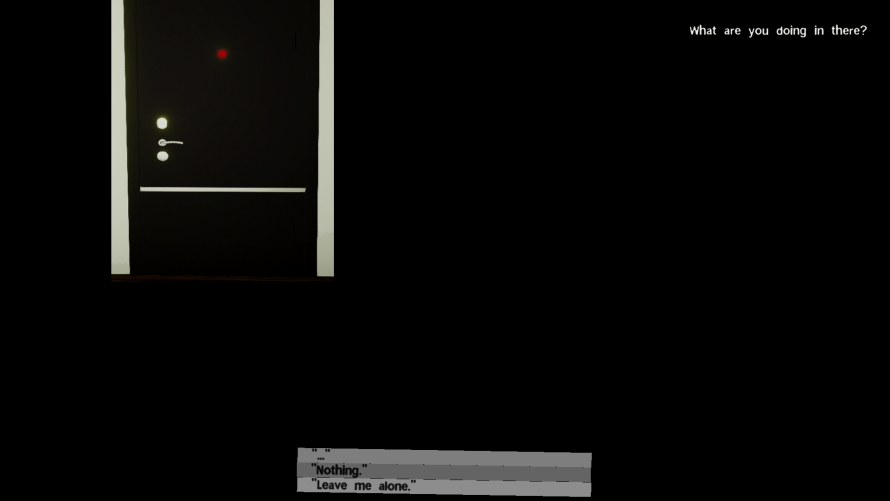 Unsettling experiences come in many an odd form and shape in video games, and what one person finds downright terrifying, another might brush off with a chuckle, entirely unphased. Because of this, gauging whether a horror game actually hits the mark can be difficult. After playing through Shadows and Dust, however, chances are most will be affected on some level, if not genuinely disturbed. I definitely was, and here’s why…

Actually, let’s take it from the top first, as I explain exactly what the game is about before we get to why it affected me so. Billed by its creator as a ghost story and “a deeply personal experience based on the author’s own nightmares”, Shadows and Dust blends exploration from a first-person perspective with segments during which your only means of interaction is choosing from a list of dialogue options as text slowly appears on the screen, one line at a time, after which a response is prompted from the player.

Interactive fiction with a few twists and turns, essentially, and like any good ghost story, the part meant to terrify the reader/player/audience is kept hidden for a good bit; in spite of the game likely reaching its conclusion within thirty minutes for most. But don’t let its runtime fool you, for as I’m sure you’re aware, a lot can happen in half an hour, and boy did it ever. 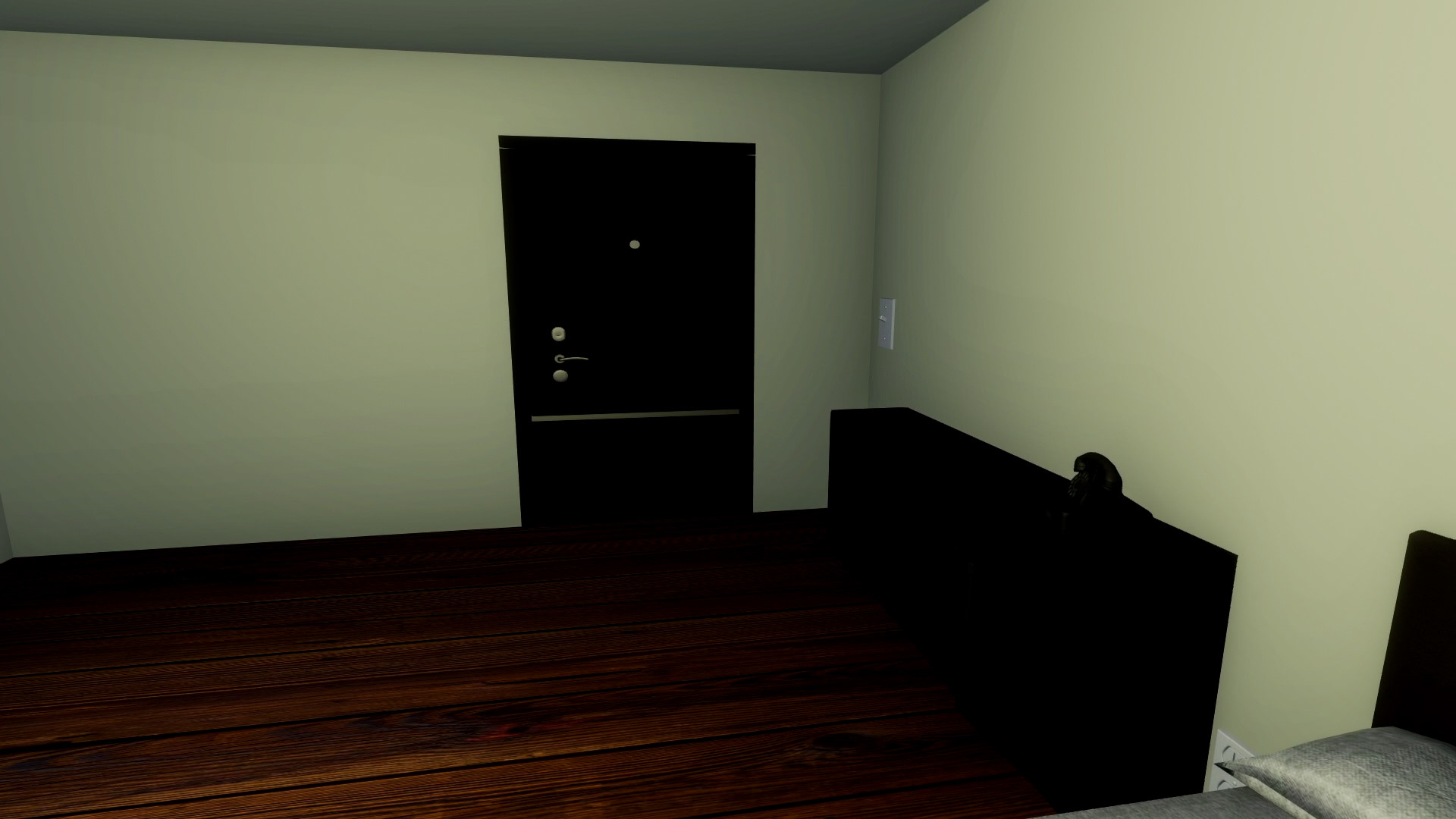 It might not be obvious right from the get-go that something strange is afoot too, as the player finds themself in a pretty normal place following a brief exchange of words: a room with a bed, a phone, a door, and a window. Here’s the thing, though: while walking up to the window and attempting to look at the outside world is possible… only the former three can actually be interacted with. To steer the player towards the aforementioned door and/or phone, someone’s knocking and calling… non-stop. So much noise.

Although while hitting the sack and going to sleep is undeniably appealing, as then surely whoever’s at the door would give up by the time ya woke up again – much like whoever’s trying to call – in this case, it’s better to let curiosity get the better of ya. I think. Hard to tell without ending up revealing too much, and the twists and turns of this tale are definitely better left unspoiled, save for this much (which can hardly be considered a spoiler): this ghost story is by no means for the faint of heart.

Sure, the Shadows and Dust Steam page does accurately note how the game includes elements of “suicide, mental illness, depression”, which is no small part of why playing through it affected me so. Both in a good and a bad way. Like most human beings, I’m not exactly drawn to content – whether it be a movie, TV series, book, video game, or other – drenched in negativity. But in small doses, like this here game, when handled properly, it just might trigger an emotional response with a purpose. Or put differently… it’ll make you think. And not just about how good you’ve got it compared to the protagonists of a movie about star-crossed lovers either. 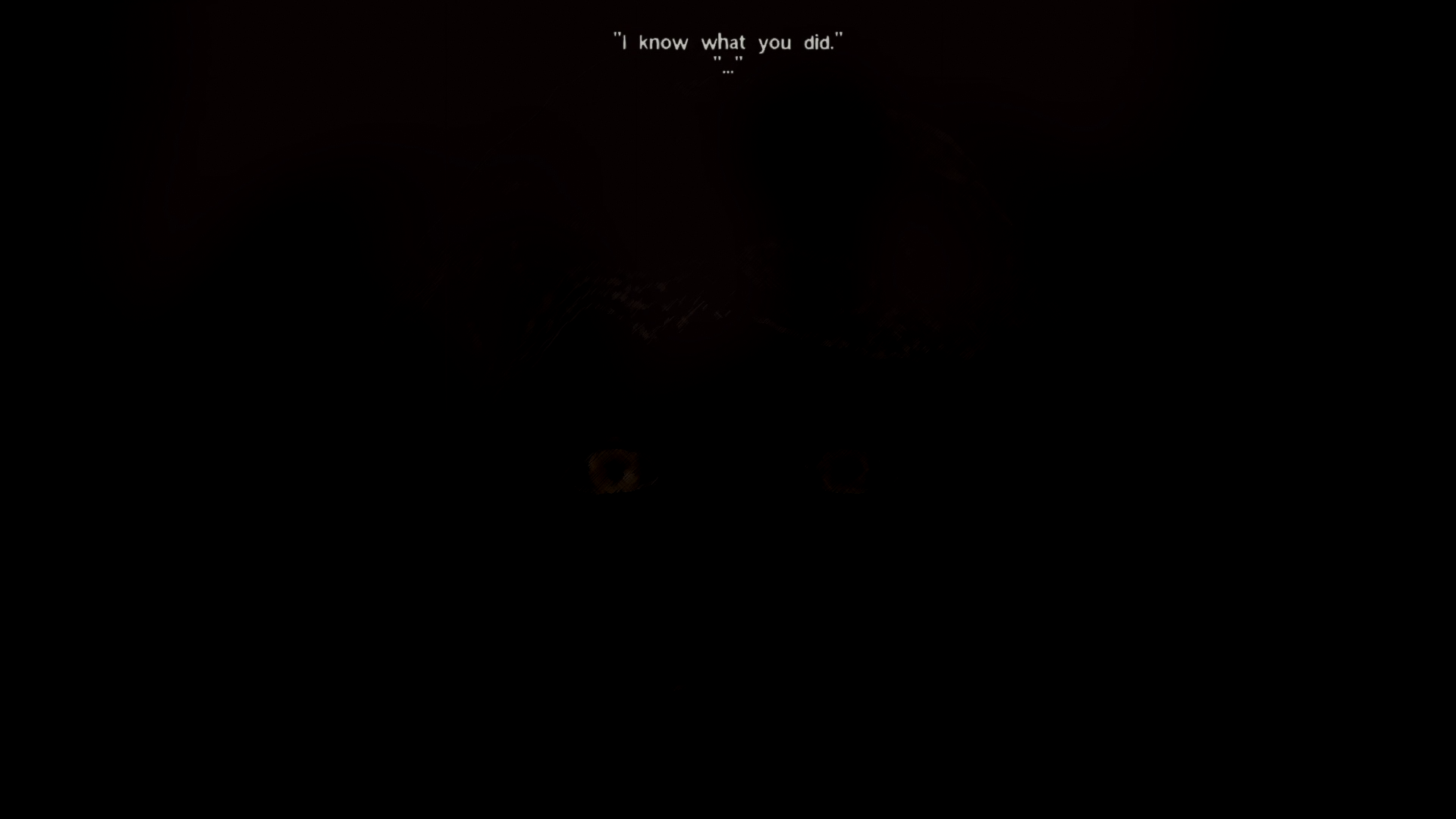 About the little things too. About how, as its creator puts it (again, on the Steam page), “Some choices can’t be taken back”, emphasizing the importance of reevaluating actions with potential long-term effects prior to executing them. Because much like in real life, there is no way to rewind and undo your actions in Shadows and Dust. The path you embark on, the choices you make during dialogue sequences – that’s a one-way street. For better or worse.

Right. Anyway, I could easily go on for 10+ paragraphs more in a lengthy rant about the story at hand, but alas, this is – for the most part – spoiler-free territory. So instead, I’m going to conclude this slightly unorthodox review with a recommendation to pick up this one, and not just because of its low price either. Provided you aren’t put off by interactive experiences that feature content revolving around potentially incredibly unsettling topics, that is.

Shadows and Dust is available on Steam and itch.io, carrying a $3 price tag.

Shadows and Dust Trailer
Facebook Twitter LinkedIn Pinterest Tumblr WhatsApp Telegram E-mail
Previous article Chat With Survivors While Fending Off Zombies, Birds and Other Nasties in 'Hope; or How We Survived'
Next article Time for Solo Players to Test Their Might: 'Evolution' Adds a Weekly Challenge Mode