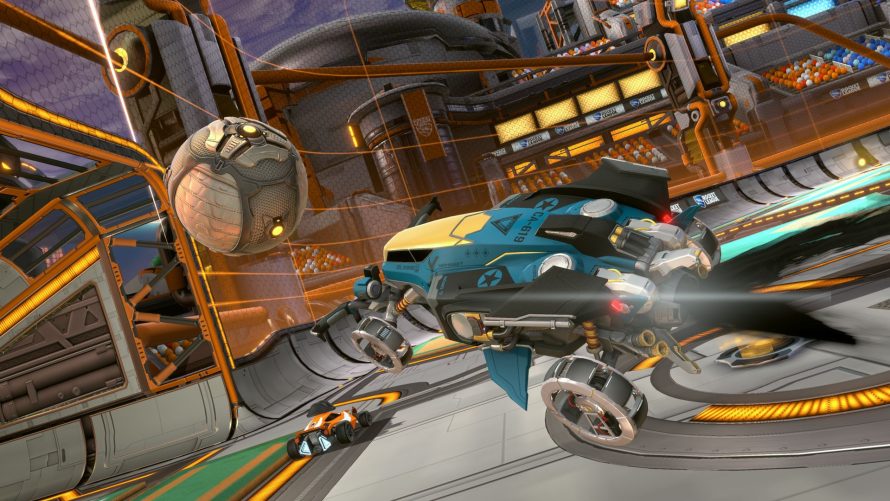 Seems Psyonix is kicking off the festivities earlier than most this year, Rocket League getting a very lovely sizeable content patch long before Christmas and all. One that even adds Steam Workshop support to the game, meaning there’s now a potentially neverending supply of fresh maps! Truly a game that keeps on giving.

Oh, and that’s not all the recent 1.25 update brings to the game -- so to speak. Not a fan of certain maps? Hit ‘dislike’ to decrease the odds of ever ending up there again. Wish Rocket League had a post-match highlight reel system? Well, now it does -- less exciting if you’re not part of the picks, but hey, there’s always next match. Always another match waiting to be played. Always. It never ends.

Right. Anyway, those looking to finetune their skillset -- or help other do the same -- would do well to check out the new ‘Custom Training’ editor. Might not be a bad idea to teach other how to go airborne and do crazy stuff… even if there’s no guarantee they’ll end up on your team.

A lot of other additions and changes made the cut for Rocket League 1.25 too. Far too many to list here, including a brand new arena (Starbase ARC), so be sure to scroll through Patch Notes v1.25 for the full rundown. Knowing is half the battle, after all, and… well, Rocket League? Rocket League is war. Kinda. Okay so not really, but stuff does blow up. Doesn’t that count?