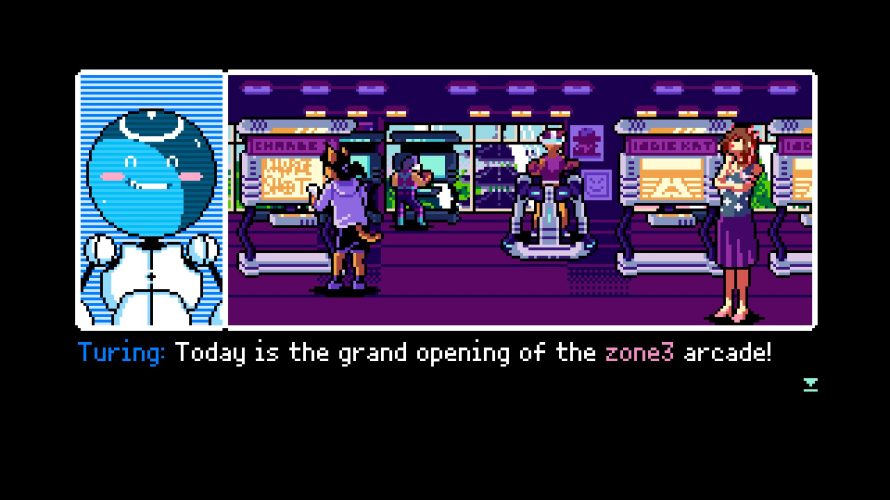 Several years ago, a cyberpunk adventure by the name of Read Only Memories was released, and there was much rejoicing. So much, in fact, that MidBoss, its creator, decided to continue working on that same game – work that recently turned into a pleasant surprise for both early adopters and newcomers: a massive content addition! One so big that it triggered a change of the game’s name to reflect upon the… futuristic… features?

Yeah, I don’t know. This much is certain, however: adding voice acting to every aspect of a game is no mean feat, and it doesn’t come with a price tag either! The voice of close to thirty people, too. That’s a lot. Oh, and not just that either. How about some puzzle and script tweaks, alongside a PlayStation 4 port? That and so much more, really.

What, already done with Read Only Memories? No such thing! Play through it again, experience all the lovely changes, additions, tweaks and… I did mention the voice acting, right? Neo-San Francisco – in all its pixel-y futuristic glory – awaits. Adventure, memories, and all that good stuff. Hard to keep track of it all.

2064: Read Only Memories is available from a variety of places, with store links on the official site.