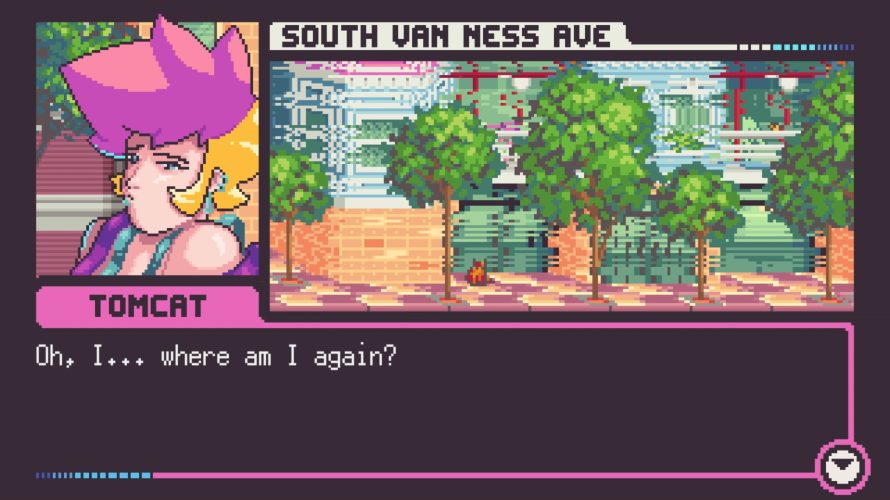 It’s been a while since the cyberpunk thriller 2064: Read Only Memories took players all over Neo-San Francisco. Almost four years, in fact, which means it’s sequel time – complete with a brand new protagonist who goes by ES88. But what’s really going on in Read Only Memories: NEURODIVER?

Well, before we get to that, a fun fact for fans of 2064: Read Only Memories: Jess Meas, TOMCAT, Lexi Rivers, and other familiar faces make a return. So while players will be stepping into the shoes of a telepath (or gifted esper, rather) instead of a journalist this time, not all will be new in this sequel. Speaking of which, needless to say, ES88 will have her hands full right from the get-go, tasked with tracking down the Golden Butterfly, a “naturally gifted psychic” who’s busy causing trouble amongst the subconscious minds of Neo-San Francisco. Not cool.

Take on the role of a telepath with the ability to delve into memories employed by MINERVA, a powerful organization specializing in neurotechnology and extrasensory projection phenomena.

As for exactly how she is even going to have a shot at taking down this lawbreaker… well, the ability to delve into memories is probably the sole reason for MINERVA employing her, and likely also her main – if not only – weapon against this particular threat. Unfortunately, while this is an undeniably powerful feat, it is also a bit of a double-edged blade, in that overuse can cause irreparable damage to the target’s memory. Because of this, caution and patience are likely going to be downright mandatory if success is to be achieved. A corrupted memory is of use to no one, after all.

Read Only Memories: NEURODIVER will be out in 2020 on TBD platforms, for Windows, Mac, and Linux.