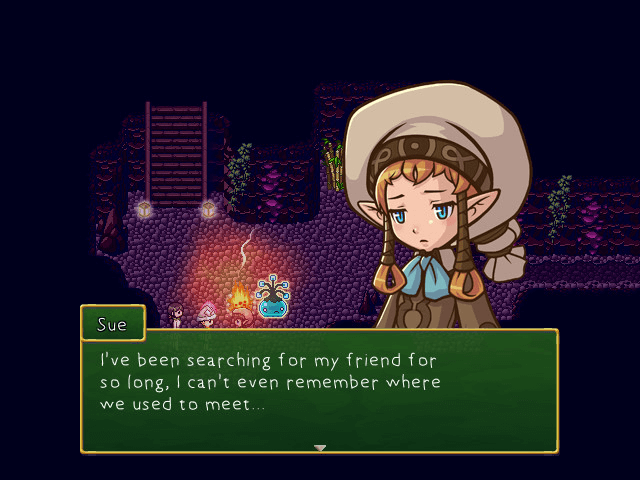 Stories that resemble around hospitals and similar institutions, especially when the media through which they’re told is video games, have a tendency to be firmly set in the realm of horror. Not so with Rakuen, as what we have here is more of an emotional tale. A tale of wish fulfillment, unfinished business, a mysterious hospital, and its protagonist – a little boy – on a quest… in a fantasy world! Uncanny.

At first glance, it may be hard to decipher exactly what this tale is. A light-hearted romp through a kid’s imagination? An eerie mystery revolving around a hospital and its patients? Or perhaps a bit of both? Seeing how we’ll be playing as someone capable of interacting with said patients in, well, another world, I’d say ‘a bit of both’. There’s simply no way such a reality-bending story won’t involve one or more dark twists, secrets best kept hidden, and so on. Even if the main character is just a little boy.

Then again, it is at that age when imagination is our greatest ally, so in that way, it makes perfect sense to have someone so young embark on a journey like this. Heck, the kid might even come out on top, not scarred for life or any such nasties, because of this alternate world of his. Hard to say for sure though, as the developer does mention how we’ll get to “traverse each character’s life to learn about their unfinished business and help them through it”. Certainly no small feat for someone so young, active imagination and otherworldly assistance or not.

The Boy slowly begins to realize that his neighbors are plagued by secrets and struggles that are mysteriously tied to the strange hospital.

Also, while he may have to battle metaphorical demons at some point, Rakuen is tagged as a non-combat adventure, meaning there’ll be no duking it out with monsters, grinding for XP/loot, or such things. Instead, puzzles aplenty await, as you build friendships with the inhabitants of said fantasy world by helping where needed – all to hopefully resolve whatever ails the hospital’s patients (in the real world). Because chances are, without your help, their problems, conflicts, fears, and worries will simply continue to haunt them… until the end.

Rakuen is available from Steam, carrying a $9.99 price tag.