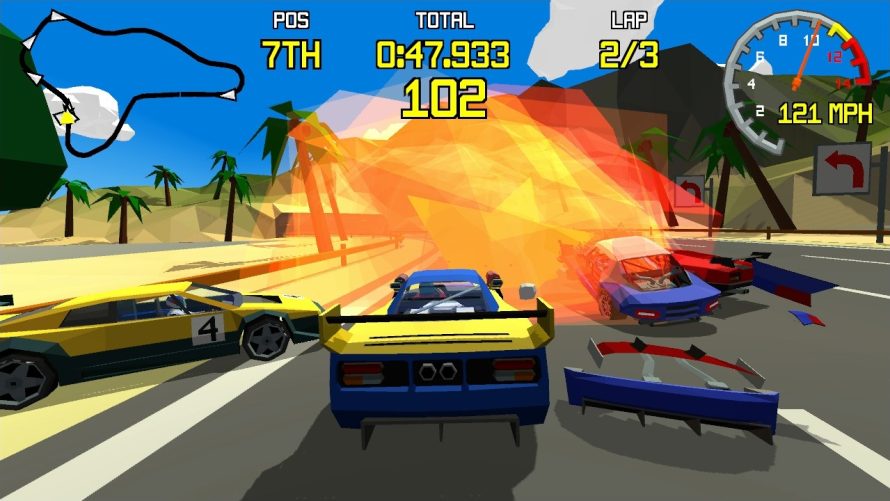 Are you ready to do whatever it takes to become the Racing Apex champion? Because in this race, tuning your car and knowing how to take each corner is only half the battle -- the other lies in which items and weapons you use, and when. See what I mean by “whatever it takes”? Exactly, so let’s burn some polygons!

While Racing Apex‘s visual inspiration may date as far back as the late 1980s, giving its appearance a rather dated look, I’d still refer to it as stylish. We are talking about a game running in a high resolution here, at 60 frames-per-second (at least I’m hoping the latter will be the case), unlike, say, 1988’s Winning Run. Oh, and weather conditions, because rain tires. Or something.

No really, there’ll be both night-time racing and events that take place in thick fog, to name but a few ‘conditions’. Sucks for spectators of the latter, but what do you care? You’re the driver after all, not some silly bystander who paid to have a bunch of cars zoom by every few minutes! And as such, there is racing to do. Racing which has you firing guns at your opponents, perhaps even smashing them into, well, anything, over the course of a lap (get it?). Fun times for sure. 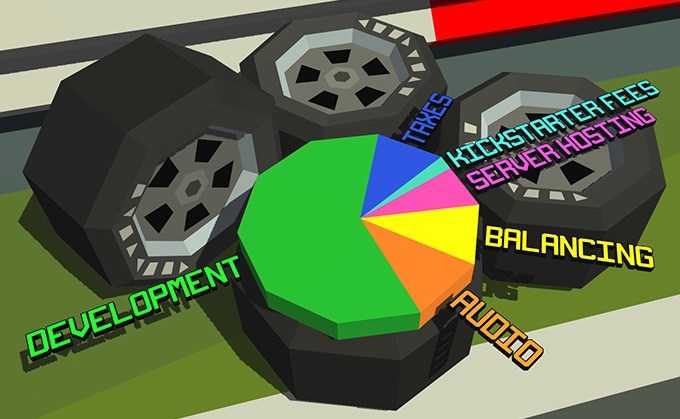 But, as indicated by the title, there’ll be none of that unless its Kickstarter succeeds. And for that to happen, $49,820 (converted from £35,000) needs to be pledged, of which $45,533 still remains, before May 6, 2016; so within the next 22 days. Oh and the game’s scheduled for release on Windows, Mac, and Linux, “for its initial release”, with consoles still in the planning stage. Last but not least, let’s get Racing Apex through Greenlight too, eh?