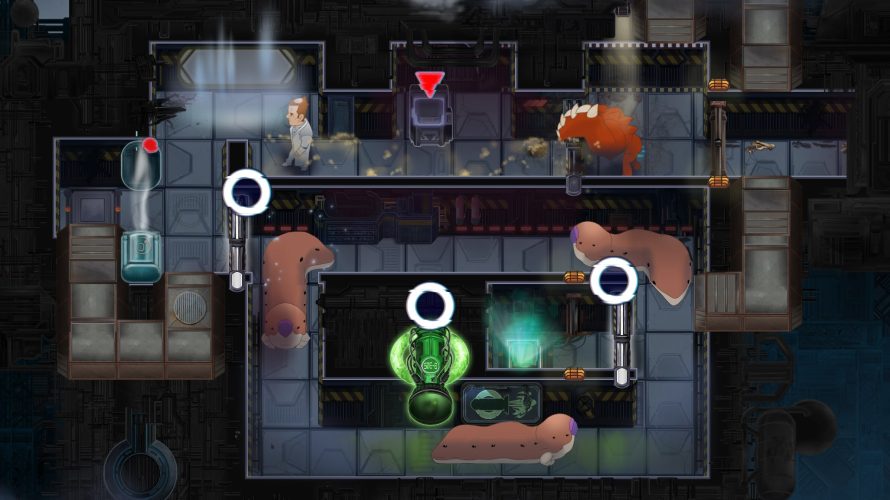 Look, I don’t know what the deal is with this professor Lupo fella, but… for some reason he figured it’d be a good idea to travel the galaxy, collecting absolutely horrendous aliens… in the name of profit. What, science? Food first. Professors gotta eat too in Professor Lupo and his Horrible Pets, and if you don’t help him out, chances are his intern – of all things – will end up a meal of his would-be pets. What a way to go.

By which I mean ‘what a HORRIBLE way to go’, of course. Not that there’s a good way to die, but… eh. Yeah. Right. Anyway, speaking of horrible – those alien pet thingies. The nasty critters whom he was planning on selling for profit. They need to be dealt with, or better yet, avoided at all costs! See, something has gone horribly wrong and the darn things have escaped captivity, now free to chase that poor intern around the Aurora Space Station. Not good.

As for where Lupo is, well, that’s anyone’s guess at this point. So our nameless protagonist has no choice but to do what he does best: study and think fast, because… hungry aliens are always right behind him. Unless he somehow manages to outsmart them, that is. Can he do it? Will he be the intern to survive the more than 100 nightmarish levels, or simply… another snack? One way to find out!