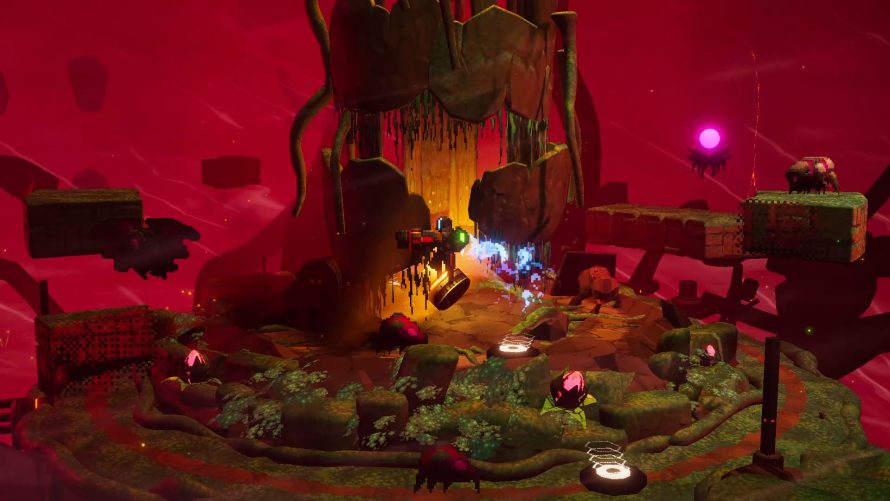 With PAX West 2021 being an in-person event that kicks off less than a month from now, there’s more reason than ever to be excited about its PAX 10 finalists, and on top of that, man is this lot ever a groovy bunch!

Dwerve
Dwerve is a tower defense dungeon crawler RPG. It tells the story of a young dwarven tinkerer that adventures into dwarven ruins armed with turrets and traps, the only weapons that can protect the dwarves from Witch Queen Vandra the Wicked and her army of bloodthirsty trolls and monstrous creatures.

Human Apocalypse
An unknown deadly virus has suddenly spread. It turns people into brain eating zombies, the whole world goes into chaos, etc. You know the rest.
However, in this game, a cure has been found. All the infected people have been treated and are now normal, functioning, harmless humans again.
Except for one thing, the cured people’s skin color is still green. Not everyone is convinced that the zombie apocalypse is over.
Play as a Green man. You just moved to a new town for a new job, but things are not that easy anymore when there is discrimination and racism towards the new Ex-Zombie race.
Human Apocalypse is a game focusing on story, characters, decisions, and exploration. The dark, bizarre world of this game has a deep thought-provoking story, full of interesting characters to meet, a city to freely roam and explore, tough decisions to make, an original soundtrack, beautiful visuals, lots of secrets to uncover.

Midautumn
Midautumn is a supernatural game about blasting evil spirits, saving your hometown from gentrification, and Asian diaspora culture. For Robin Lam, crashing at Grandma’s was meant to be a break from their responsibilities.
But relaxing might prove hard when the Spirit World is real, its entrance is in their basement, and they’re its newest guardian. Blast evil spirits and save your hometown from gentrification in this rogue-like dungeon crawler!

Neon Noodles
Set in a dark and mysterious cyberpunk world, you are in charge of the futuristic food factory known as Neon Noodles. Inspired by the open-ended machine-building puzzle games of Zachtronics such as Opus Magnum and Infinifactory, you design and build your own fully automated kitchen to prepare meals using robot chefs. Guacamole, bibimbap, ramen, spaetzle, paella and many more recipes are waiting for you to be optimized.

Republic of Jungle
Republic of Jungle is a social deduction party game that lets 5 to 10 players role-play as the advisors of President Puma. Leakers try to undermine Puma, while Loyalists have to figure out who those Leakers are and stop them. Play politics as animals in a game of deduction, deception, and manipulation.
Republic of Jungle is a crossover between Jackbox Party Packs and social deduction games like Werewolf, Secret Hitler, Avalon, etc. Just like Jackbox games, players can play the game in-person and on a TV or remotely and using a video call app by sharing the main screen. Everyone joins the game using a browser-enabled device such as their phone to go to jungle.buzz and join by entering the room code and their names.
The digital platform enables us to add new and unique features to the genre that were not possible in a tabletop setting while making the game much more convenient to set up and run. No need for a moderator, closing eyes, or worrying about a newbie turning their card at the wrong time and ruining the game.

Summoners Fate
Summoners Fate is a turn-based tactics and deckbuilding game that challenges you to command your favorite fantasy characters in novel ways. Hurl a squirrel at an orc and mutate it into an army of super human hulk squirrels. Shoot a fireball and blast the Liche King into the waiting broadsword of your Barbarian. Free a caged bear and hope he likes you.
Explore an open world filled with chance encounters where a roll of the dice can change your fate. Along the way, recruit new characters and choose cards to build your team. Master creative strategies to achieve the most satisfying victories. Defeat powerful bosses in ever-changing adventures and fulfill the cosmic prophecy. Your wits and wonder are your weapons as you guide the Summoners Fate.

The Wild at Heart | Announcement Trailer

The Wild at Heart
A mysterious hidden realm. Two best friends fleeing hardship. Helpful herds of magical creatures. An oddball order of guardians who have lost their way, and a stygian evil imprisoned. Welcome to the Deep Woods.

This Means Warp
This Means Warp is an intense online multiplayer spaceship management roguelite. Explore a procedurally generated universe in real-time, upgrade your ship, battle increasingly dangerous enemies, and adapt your strategies in a constantly changing and challenging fight for survival.

Facebook Twitter LinkedIn Pinterest Tumblr WhatsApp Telegram E-mail
Previous article Variety is the Spice of the 'itch.io Summertime Selects Bundle'
Next article Get Ready for Another Groovy Indie Showcase from ID@Xbox and Twitch