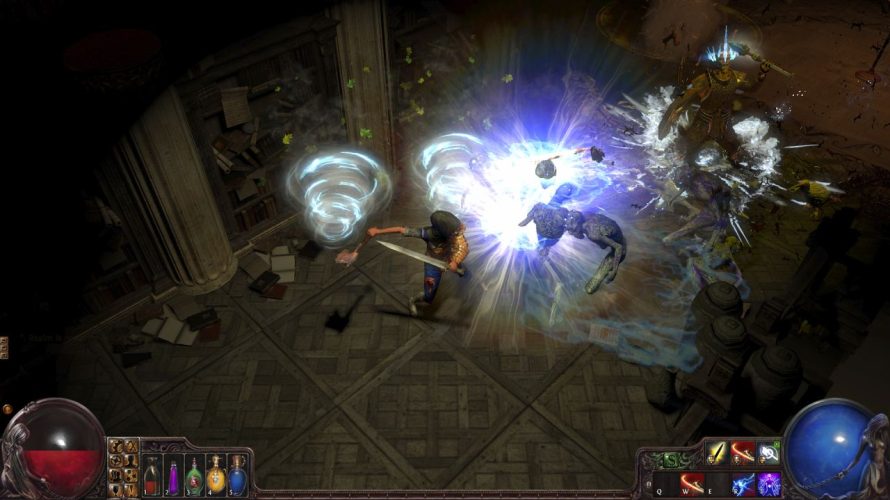 Four months ago, Atziri invaded Wraeclast. It was a dark time for both innocent bystanders (NPCs) and would-be heroes (players) alike, as this monster of a queen was hell-bent on destruction, not to mention, a force to be reckoned with. On the flipside, it also gave us two brand new leagues, namely Ambush and Invasion, both of which concluded just yesterday, yet bits and pieces still remain.

What I mean by that last bit is that certain features exclusive to those two, will, in fact, be part of future leagues, the first of which is set to run from July 12 to August 9. As such, until then, we’ll have to make do with Standard (now home of former Ambush characters) and Hardcore (where Invasion survivors now reside). Even if the challenge is noticeably lesser in those, no nasty boss-like creatures invading early acts and such, there’s still fun to be had. Plus, the economy is very rarely reset in Standard/Hardcore, which… can be seen as both a pro and a con, depending on personal preference.

Anyway, with this new league being less than a week away and all, details are readily available and plenty. For starters, it will be a softcore (no permadeath) event, which is bound to upset the hardcore crowd, but that can’t be helped. At least they’re mixing things up though, rotating a combination of previous league ‘properties’ every four days, which is bound to keep things fresh and players on (or off) their feet.

To kick things off, we – the players – who choose to partake in said league, will have to deal with a mix of Anarchy and Invasion. For those not familiar with the two, it cranks up the spawn rate for Rogue Exiles (highly lethal foes), and adds a chance encounter with certain monsters/bosses, not normally found in a particular area/act. Bet you’re glad they decided against ticking the hardcore box now, eh?

Update: Grinding Gear Games just updated the post, stating that “We’ll also be running a hardcore event with the same rules at the same time!” 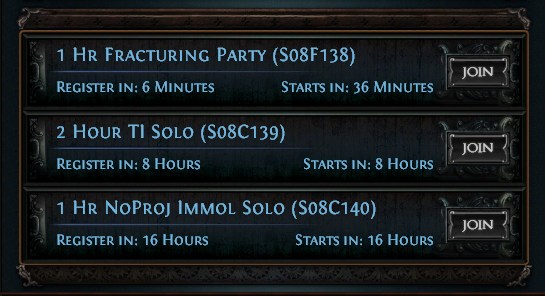 If for some reason you don’t feel like waiting for the new one-month league to start, and Standard/Hardcore doesn’t tickle your fancy, there’s always several races to join. While most are over in less than 24 hours, they can still prove a fun, albeit hectic, way to hone those skills with your favorite class; if you can handle the pressure imposed by such a time limit, that is. Definitely not for me though, but come July 12th, you better believe that I’ll be back in Wraeclast, ready to kick ass and take names once more.

Path of Exile is available from the official website and via. Steam. Note: point packs can only be acquired directly from the developer.