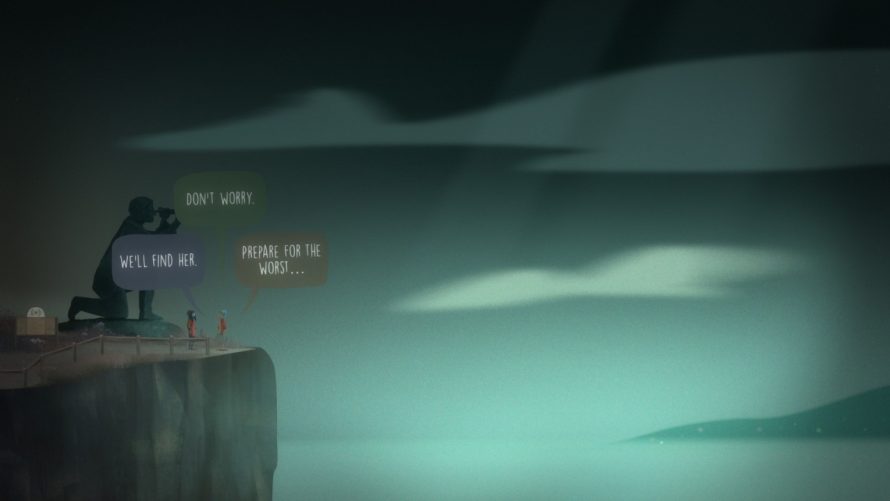 What starts out as a party like so many other on Edwards Island for a group of friends… quickly becomes much more. More than they ever could, or would, have wanted, as suddenly, the island’s cryptic past rears its ugly head, at which point ya better believe the time for partying is over. Completely. Along with the lives of everyone in Oxenfree, potentially. Oh boy.

No one knows exactly what has happened, and even less, why. So to (hopefully) get some answers, you, the player, will have to step into the shoes of Alex, “a bright, rebellious teenager”, and set out to explore the island. Leave no stone unturned, no cave unexplored, no frequency untested. What? Oh right, you’re able to communicate and/or “manipulate” your surroundings with a radio. A silly idea? Probably, although still far from the craziest thing we’ve seen when dealing with the supernatural in a video game, so there’s that.

Either way, what really made me interested in this one -- aside from its striking visual style -- was the promise of a deep conversation system, one full of choice-and-consequence scenarios. See, according to its creator, Night School Studio, the story in Oxenfree changes depending on dialogue choices. And with “multiple mysteries to unravel, spanning decades and lifetimes”, I feel like there might even be more than one ending. Or maybe that’s simply another way of saying the game might take a while to finish. Yeah. More likely.

The night takes a terrifying turn when you unwittingly open a ghostly gate spawned from the island’s cryptic past. How you deal with these events, your peers, and the ominous creatures you’ve unleashed is up to you.

Oh, and last but by no means least, the voices of Oxenfree should be easily recognizable to fans of Telltales games, as it features Erin Yvette (Tales From the Borderlands’ Sasha), Gavin Hammon (The Walking Dead’s Kenny) and Britanni Johnson (Borderlands’ Angel). Very groovy.

Oxenfree can be acquired from Steam and Xbox One, where it carries a $19.99 price tag.