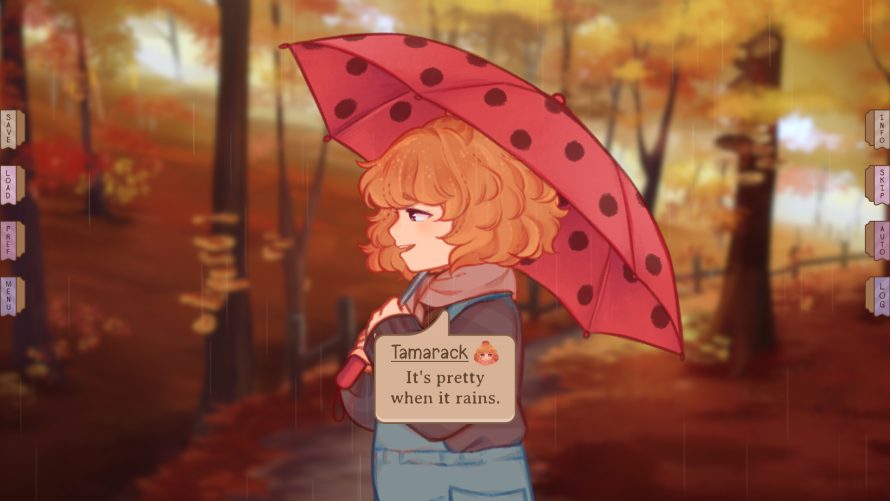 It starts with a paper airplane. As for what will happen next, I do not know, for you see, Our Life: Now & Forever is a visual novel that relies extensively on a choice-driven narrative and character customization to truly create a sense of uniqueness. Not just in terms of who you are at the beginning either, but also who he/she/they transition into as time goes by and life lessons are learned, leading to eye-opening experiences.

A lot can happen from childhood to teen-aged, young adulthood, and finally, fully grown, after all, meaning change – small or big – is inevitable. Your personality, feelings, appearance, even pronouns – none of it is set in stone and other characters will actually remember who you are. Oh, and your mom is partially customizable, just in case the possibilities weren’t already overwhelming. Which I’m sure they won’t be. More like… amazing.

Even in the chilly autumn weather, it’ll be a truly heartwarming time.

But let’s go back to the paper airplane, as I do believe it is the event that marks the beginning of a lifetime of adventures with your two closest neighbors. Even though, as our story begins, you’ve only just moved into this new place with your mom, it is very much a tight-knit cul-de-sac (according to its Steam page), meaning it wouldn’t be entirely wrong to expect everyone to be a welcoming bunch. At least at first.

What follows is entirely up to you, the player, including whether you attempt to woo one of the two love interests, Tamarack (she/her) and Qiu (they/he), and the pace at which relationships develop – both of the romantic and BFF variety. Phew. That’s a lot of choice-and-consequence, although I am certainly not complaining at all, and if Our Life: Now & Forever includes multiple endings too… this is going to be one jam-packed visual novel.

Our Life: Now & Forever will be available on Steam and itch.io, “When the season is right”.

Facebook Twitter LinkedIn Pinterest Tumblr WhatsApp Telegram E-mail
Previous article 'Kissing Your Homies Goodnight' Review: The Art of Lip-locking
Next article Webber's Time for a 'Don't Starve Together' Character Refresh is Upon Us