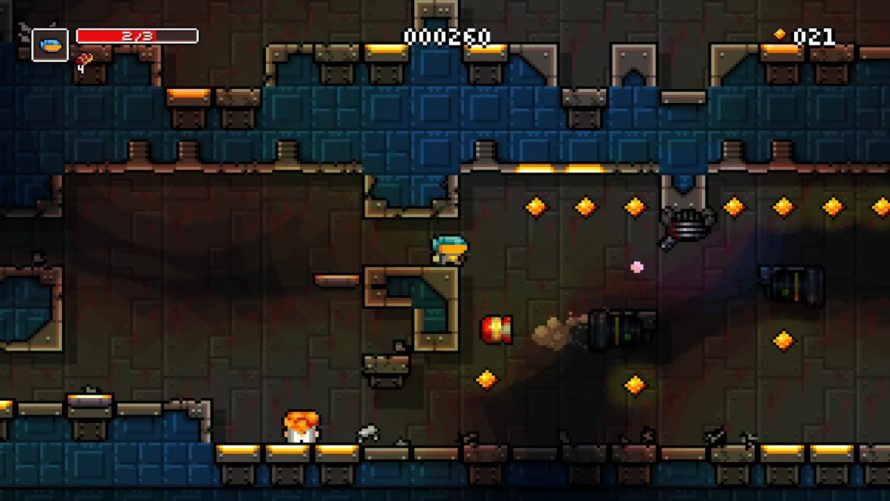 For a one-man studio, the amount of games OrangePixel has released since Stardash, back in 2011, is nothing short of impressive. They’re not even remotely done yet either, having recently wrapped up a successful crowdfunding campaign for Residual. On top of all that, “a dozen” of their titles are now Switch-bound too, starting with Meganoid. What a busy bee!

Speaking of which, even though I did miss a few (sorry!), OrangePixel is definitely in the top three most covered developers on my website – alongside Wadjet Eye Games and Spiderweb Software – so I’m definitely more than a little excited about this little port-a-thon. If you can call trying to wrangle that many titles into cooperating and working properly on Nintendo’s lovely console a ‘little’ project.

That said, at the time of writing, exactly which titles will make the leap remains a mystery. Save for Meganoid that is, which will be on the eShop from September 8. Were I to wager a guess, however, I’d say it’s highly likely that the Gunslugs and Heroes of Loot series are also in the making for some much-needed Nintendo love. Again, in the case of Gunslugs, as both of those actually saw a 3DS port way back when. But that was then, this is now, and Switch is the new Nintendo hotness – both portable and docked – so the more ports the merrier (as other developers have long since realized).

So… which has you more excited: Residual – their upcoming survival platformer entirely void of guns and violence – or all the soon-to-be Switch ports? The comments section is, as always, open for business.

(Thanks to Nintendo Life for the heads up!)