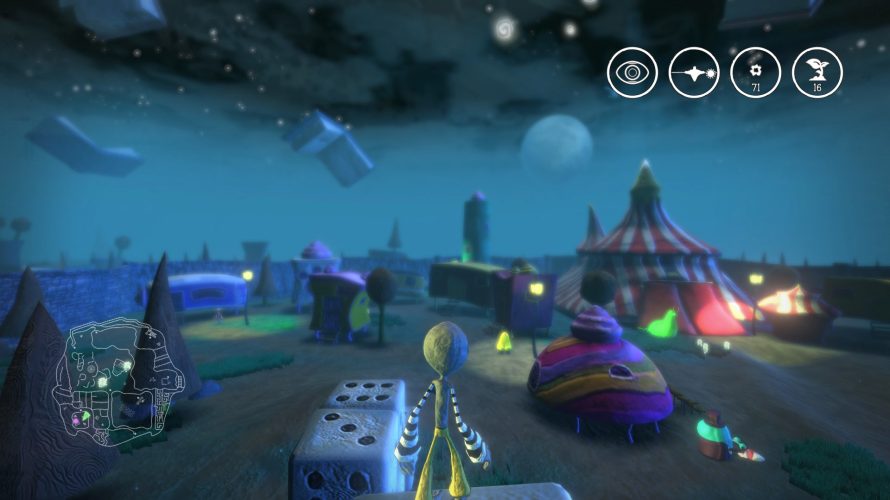 Far from every dream comes true, some forever destined to be just that. Dreams. But what if you were forever stuck in a dreamlike landscape, like, say, Prieto? Wait, that would actually make it a nightmare, not a dream. Hmm… well, anyway, even though the world may look interesting and unique, I’m sure Onirike‘s protagonist would much rather leave both it and the rather troublesome time loop behind for good.

See, every time the sun rises, Prieto’s memories are erased, and he wakes up again and again in the same place. I don’t know about you, but that does not sound super enjoyable to me and as such, it is rather fortunate that the beings that inhabit these Tim Burton-esque lands are willing to reveal just how to break this horrifying cycle and, you know, leave.

All it takes is some platforming, the gathering of gypsophila to explore the orb of nightmares while… avoiding the devourers of souls. Simple enough. Except it very much isn’t, even though Prieto has the power of invisibility on his side. Kinda. Oh, and those gypsophila things? Yeah. They’re basically breadcrumbs, spread throughout each area in this big, open world. Collect-a-thon?

There are areas without gypsophila too, however, and this is where a bit of strategy and planning seemingly comes into play: special seeds can be used to grow gypsophila flowers where before there were none. Ah, and while we’re at it, how about other abilities, just in case invisibility isn’t enough? Which it probably won’t be. The developer, DevilishGames, does describe their creation as “an adventure as original as it is challenging”, after all. Oh boy.

Even so, unless someone helps that poor soul, Prieto will be forever stuck in this nightmarish place, and surely you wouldn’t want that, right?

Onirike will be available on Steam, Xbox One, and Switch, come June 29, 2021. The PlayStation 4 version will follow shortly after.