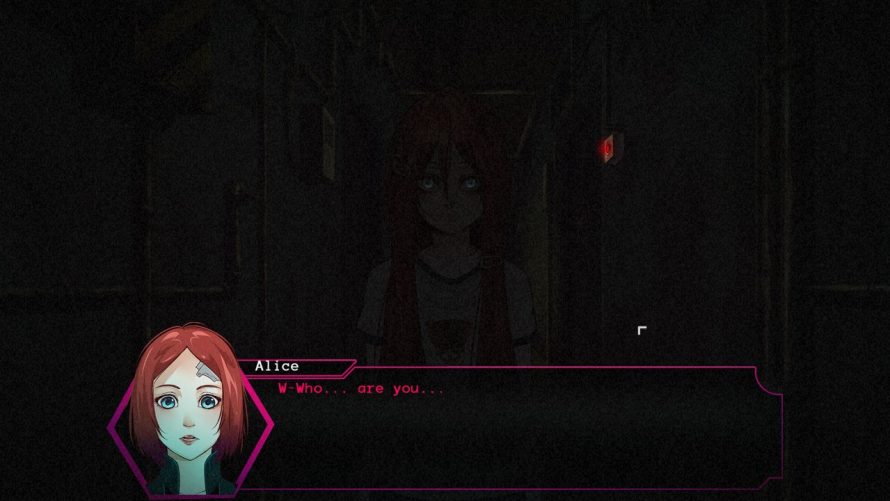 Generally speaking, kidnapping children and forcing them to partake in some crazy experiment – Project Nostalgia in this case – is a pretty bad idea, but throw in the fact that its purpose was to confirm the existence of an alternate reality, and you’ve got another thing coming. Or several rather, seeing how a lot of its (now former) test subjects are hungry for some payback in Nostalgia: Two Worlds | One soul. Also, something something counterparts from said reality. Oh my.

At its core, Nostalgia: Two Worlds | One Soul is a visual novel/adventure mix, in which you play the part of a young girl named Alice, one of the Project Nostalgia test subjects. To the rest, this place was a prison, and they wanted nothing more than to escape; to Alice, well, it just might be… a new home, however crazy that may sound. Although perhaps Alice herself isn’t entirely sane? Perhaps. Whatever the case, or reason behind this madness, be it Project Nostalgia’s existence or Alice’s feelings about it, something has to be done. Time to pick a side and pray that nothing will go wrong.

Just about every character in this adventure will have their alter egos to deal with. These counterparts may share the same soul, but there is no guarantee that they will get along.

Over the course of the game, there’ll be decisions to make, battles to fight, and perhaps even a jump scare or two? The whole thing does sound rather eerie after all, so maybe. Oh, and if funding can be secured, InvertMouse (of Cursed Sight and Without Within 2 fame) will be providing a script for the story, consisting of ~50,000 words. For comparison, I’d estimate that to be about the count of a paperback novel, so… a pretty wordy visual novel x adventure there. In case you aren’t quite convinced yet for some reason, a demo can be acquired from its Kickstarter page. Hint hint.

Now, at the time of writing, with 28 days to go, they’re at $986 of $15,000, March 25 being that final all-important day. If all goes according to plan, Nostalgia: Two Worlds | One Soul will be hitting digital store shelves on both PC (Steam + DRM-free) and Wii U (eShop). So let’s get it kickstarted, eh?