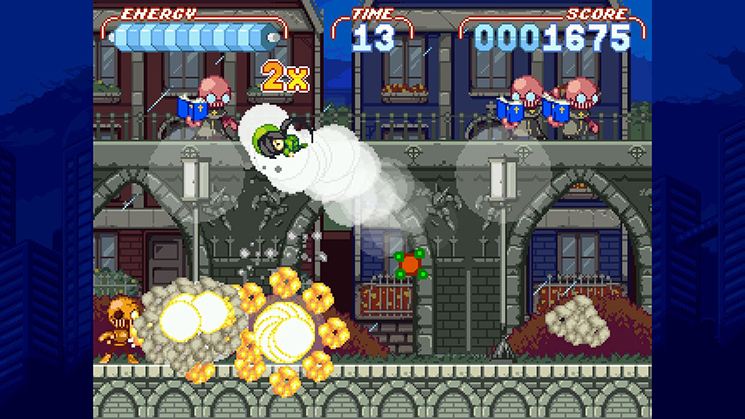 The time to kick ass and take names in this lovely, old-school hit is finally upon us, Noitu Love: Devolution arriving on Wii U and 3DS in the US last week, with an EU release less than 48 hours away. So what if the original plans for a Wii release never happened? Better late than never, and hey, now we get a 3DS port too! Very explosive, very fast-paced and you better believe it’s also… very groovy.

Set an entire century after the first game, Noitu Love, there are evil-doers to vanquish yet again, and as always, the best way to do so is to beat the crap out of them across seven chaotic stages! Oh, and you get to do it as a cool kid called Xoda Rap, armed with the ability to manipulate the flow of time, because why not? So cool.

But seriously, you’ll be glad to have an edge like that once bullets begin to fly and everything’s exploding around ya, as you and you alone can save this world. Actually, that’s not quite right, as there are characters to unlock, each of which plays noticeably differently while still remaining groovy enough to save the day, whether it be on Wii U or 3DS.