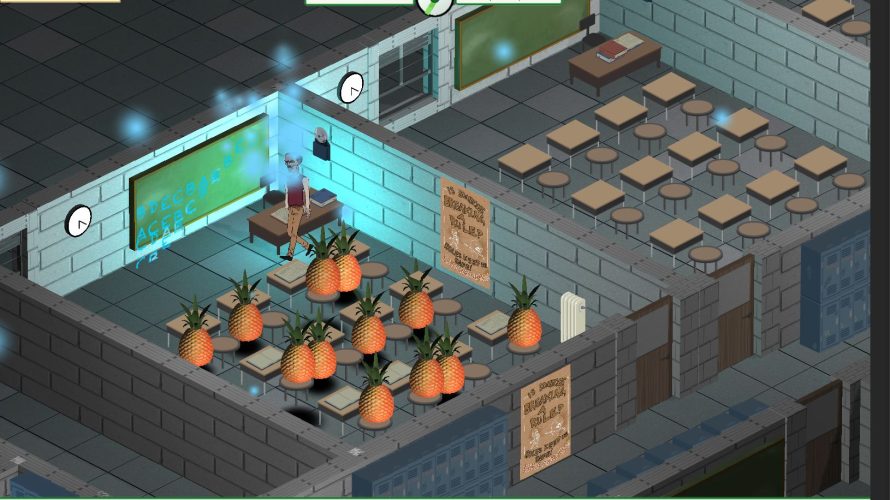 Pineapples are delicious and wizards are evil. With me so far? Good, because you’ve just been appointed as principal of a school where the kids have all been turned into pineapples by said evil wizard! Ain’t all bad though, as they [pineapples] are noticeably easier to deal with than noisy children. What say we leave them be, and kick off another school year? No one has to know…

An incredibly silly premise for sure, but one that just might work! In a video game anyway, so it’s fortunate that we’re dealing with one such here. Now, being in charge of a school full of kids-turned-pineapples has its advantages and disadvantages. For instance, while pineapples are less troublesome, they do make for such lousy students! And without good grades, the school will receive no funding, which in turn leads to… well, I’m sure you know where I’m going with this.

According to its creator, Subaltern Games, No Pineapple Left Behind is comparable to Prison Architect in design. After browsing their Kickstarter page, I’m inclined to agree. But it’s still a different enough take on the tycoon-ish experience, to easily co-exist with its inspiration. Not sure why they went with spell-casting as the method of education though, although… oh right: pineapple themed school simulation. Something tells me ‘logic’ is not a word taught in this particular school! Also, if a student’s falling behind, feel free to expel him/her to maintain a high-grade average; the need of the many, and so on. Your school, your rules, pineapples or not. 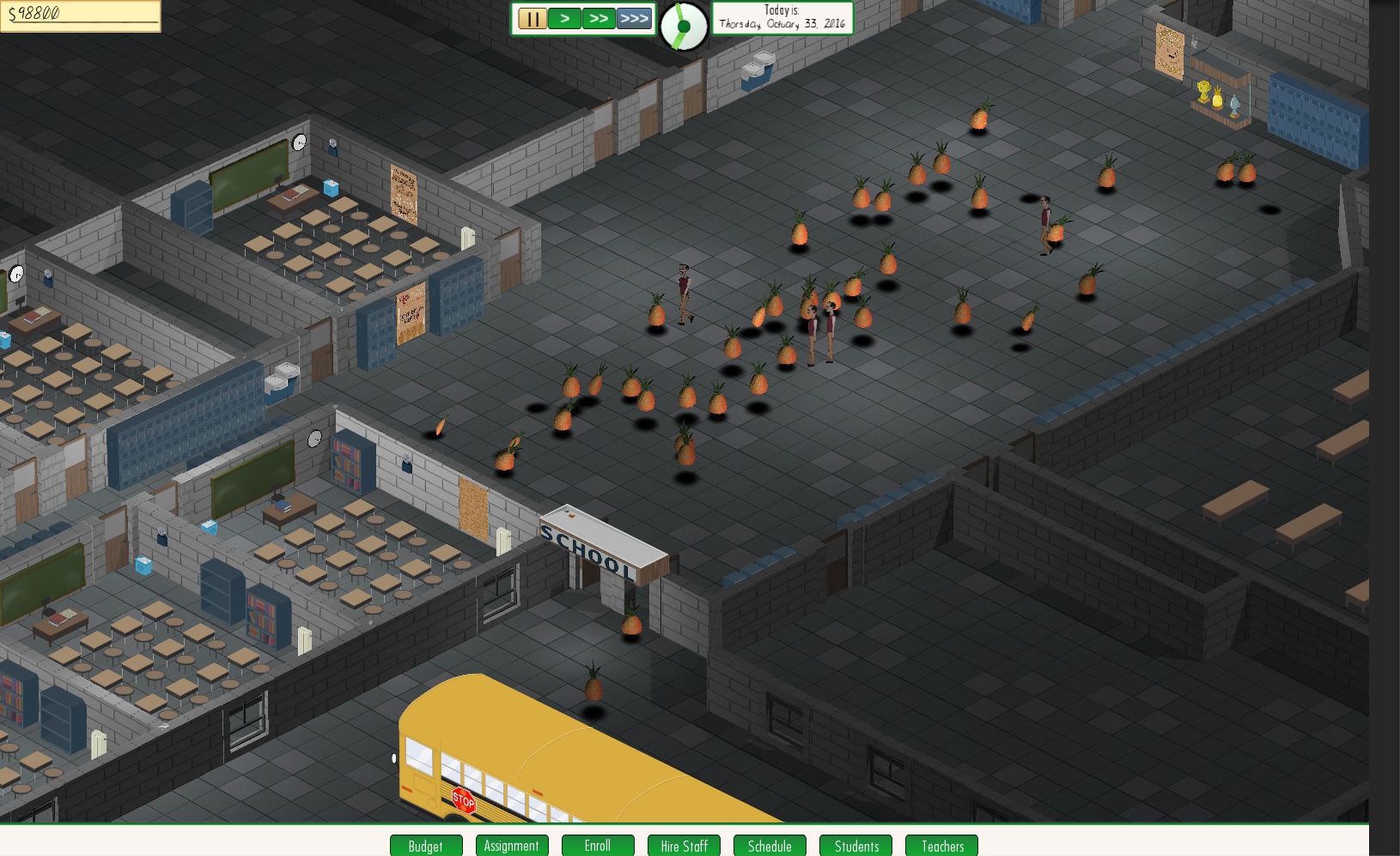 Whether or not all this craziness will come to fruition (get it?) remains to be seen, as the current release window is June 2015. Needless to say, that’s still a ways off, just like their Kickstarter goal, which is currently at $5,028 of $35,000, with 24 days remaining. The reason for crowdfunding? Rent needs to be paid, as the project is either a part-time or full-time job for most of the team. A solid reason if ya ask me.