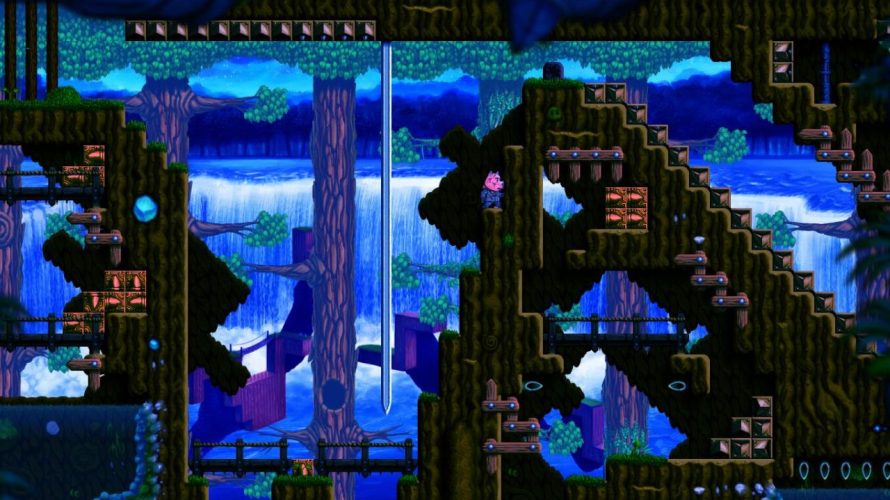 Ain’t easy being a family pig, and in Mr. Bree’s case, it’s downright troublesome. During his escape from captivity, something (or someone?) caused him to forget, well, everything. Jumping? Ducking? Crouching? No chance. With your help, he might not only recover from this trauma however, but also find his family and make it home in one piece. Or maybe not… it’s a journey filled with perilous hazards, after all.

Hope you’re in the mood for a brutally difficult platformer, because that’s exactly what you’ll get, in this sequel to Mr. Bree – Returning Home. I don’t recall ever having to venture through such a dangerous forest before, and as it turns out, neither does Mr. Bree. Spike pits, arrow traps, rotating saw blades – what the heck happened to this once peaceful place? Bet it’s those evil boars.

Whatever the case, there’s only one way to go for this little pig, and that’s forward! Although unless you’re incredibly skilled, death is inevitable and will be a frequent occurrence. Checkpoints are plentiful though, so while the difficulty is high, at least you won’t have to repeat lengthy sections upon getting skew – oh wait, that’s only until you progress a bit! Soon enough, the challenge will ramp up significantly, so do plug in that fancy controller. Trust me, precision platformers are not keyboard-friendly. 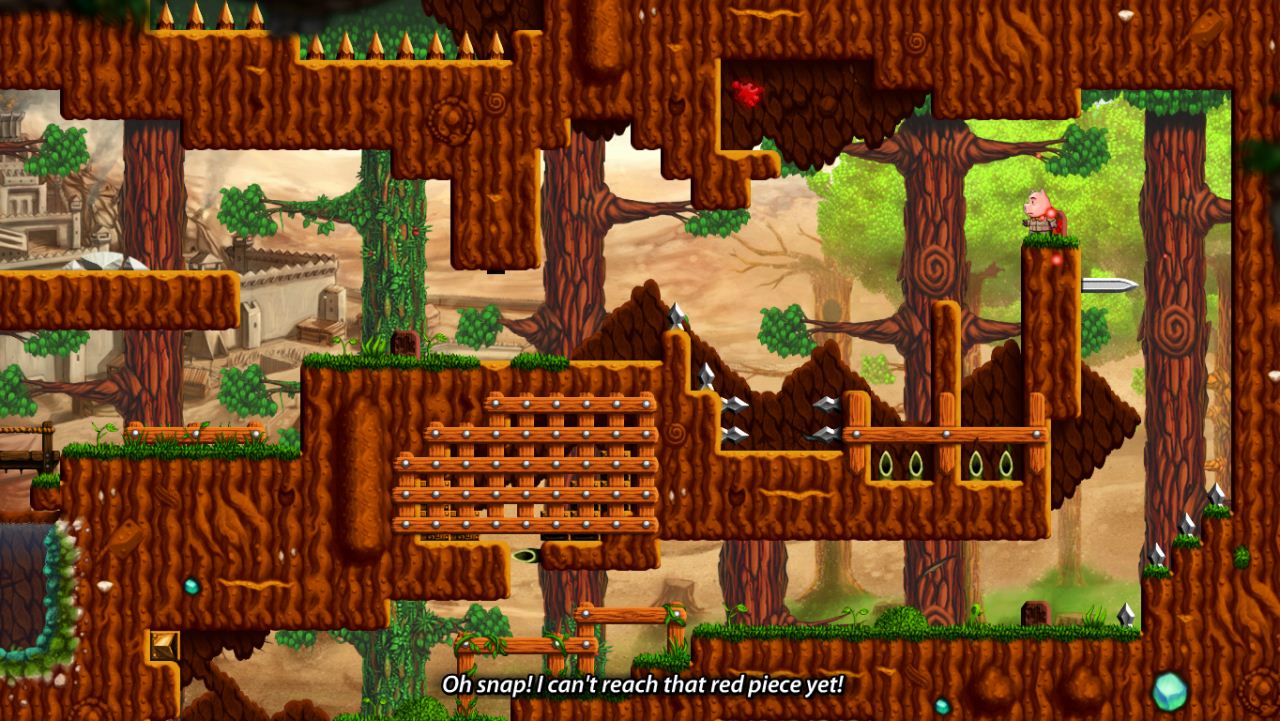 But there’s more to it than simply reaching the exit alive in each of the 45 levels. Collecting colored pieces unlocks new abilities and access to secret levels; but beware, for some are placed well behind the most devious of traps. Honestly, I’d be thrilled to simply survive the adventure, collectibles be damned. The thought of getting to experience Mr. Bree’s so-called ‘bad memories’ (the secret levels) is enticing though, so… maybe? We’ll see.

Mr. Bree+ is available from GOG.com and Desura for $10, with a demo for the try-before-you-buy crowd. What’s that, you want it on Steam? Then get to voting! Also, oink.