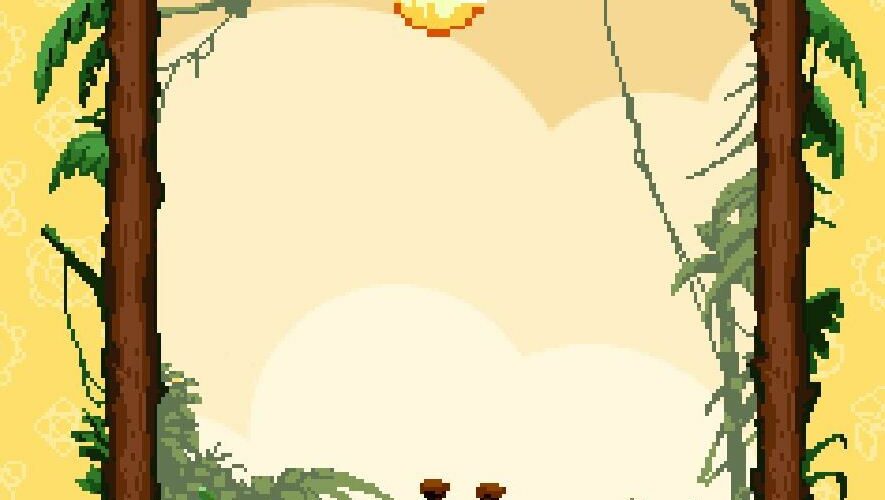 You know the old saying “if your jungle has been taken over by evil robots, bust out some coconuts and take it back”? Alright, so I may have made that up for the sake of this intro, but that’s exactly what Monkey vs Robots is all about. And darn if this game doesn’t remind me of Bust-A-Move! Well, except… it has robots and a monkey, instead of bubbles and a dragon.

Strange and semi-accurate comparisons aside, I wasn’t kidding with the title – you will, in fact, be fighting robots with coconuts! Bananas also come into play, because as I’m sure you know, monkey + bananas == nom nom. In order to get the good stuff, you’ll have to fling coconuts at targets (ie. robots) in each level. If your aim is good, you’ll be rewarded with 3 to snack on, but fail to destroy everything before you run out of ammunition, and your ‘reward’ will be a very sad monkey. Surely you’re not so mean that you’ll make a monkey cry, right?

Unlike many other games based around hitting targets with a slingshot, the ‘guide’ (dotted line) that helps you aim stays with you the entire time here, which is something I greatly appreciated. Maybe it’s just been too long since I played Bust-A-Move (or any of its clones), but man, things sure got tricky by the time I’d cleared the first dozen or so levels. Initially, you’ll only be facing stationary targets, some of which’ll take an extra hit to demolish, but eventually, the game mixes things up with robots that move around, and even some with cloaking technology. Man, those invaders mean business! 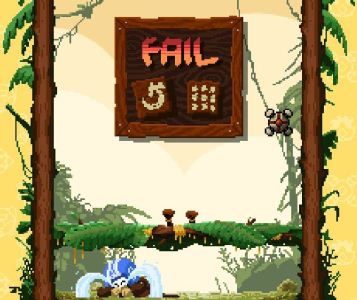 It’s not a constant uphill battle, however, as in due time, you’ll get to fling enhanced coconuts at those evil sons of… robots. What better way to even the odds than with less squishy ammunition? Since you’re limited to three shots in each of the 75 levels, you’re gonna need every advantage you can get. Especially you get to the point when the targets shoot back and destroy your coconuts – good luck getting a ‘three banana’ rating in those levels. And since this isn’t Angry Birds, there’s actually a proper reason to do as good as possible, by keeping coconut usage to a minimum: it’s the only way to get access to the bonus levels!

Sadly, I didn’t manage to unlock any additional coconut-flinging areas, so what those are all about is anyone’s guess. Based on what I did however experience, Monkey vs Robots seems like a fun way to go bananas in the jungle, and put some evil robots in their place. In fact, I’d recommend picking it up right now, except, it’s not out yet. At least, the PC version won’t be until later this month, but a lite (aka. demo) version is available for both Android (Google Play) and iPhone (iTunes); surely your smartphone is not running WP8, right? Welcome to the jungle!