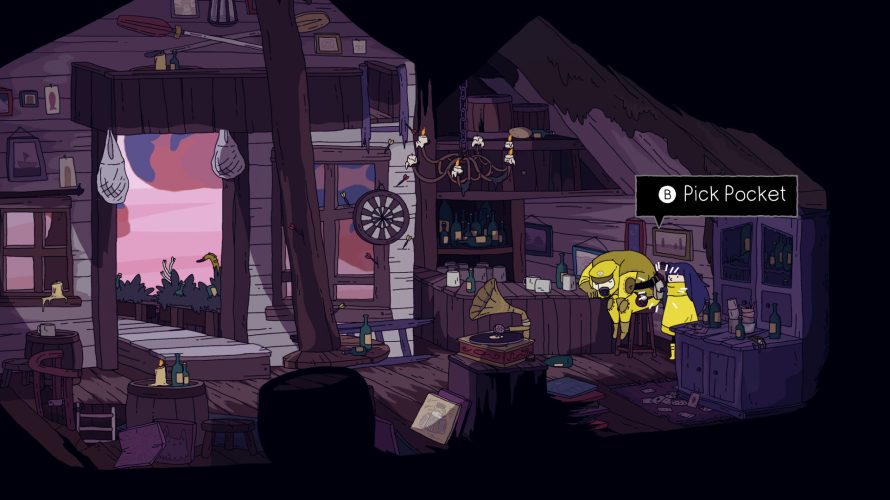 Why equipment absolutely vital in keeping a place running is always kept on the lowest level is something I’ve never quite understood and that same mistake was made in Minute of Islands. Because of this, Mo’s vow to restore the machines that serve to keep an ancient threat at bay involves a trip well below the surface. Oh boy.

While I have a feeling it won’t be an easy journey, at least she’s bringing along a powerful tool known as the Omni Switch, which is bound to come in handy not only for puzzle solving, but also… platforming sections. Because you can’t have one without the other. Or so they say?

Mo vows to restore the hidden engines in time, but is this truly what she needs?

That said, you wouldn’t be able to tell based on Mo’s appearance alone, but the islands in question were in fact once inhabited by giants, and as such, well, their creations are going to be rather large for someone of regular human proportions. But perhaps that is only going to make navigating their inner workings easier? Fewer tight spaces and tiny screws to deal with and all that.

Oh, and my goodness, that art style! Straight out of a comic book, even in motion. I know, I know – striking visuals do not a great game make. They’re guaranteed to enhance the experience as Mo ventures forth to put her skills as a mechanic to use in this handcrafted “emotional poetic story”.

So let’s see… ancient machinery beneath the surface of multiple islands created by giants long ago, and only Mo can fix, well, everything in Minute of Islands – before it’s too late. No pressure, right?

Minute of Islands - Release Trailer
Facebook Twitter LinkedIn Pinterest Tumblr WhatsApp Telegram E-mail
Previous article Only a Team of Pets Can Save Earth From Cybernetic Fish in 'B.ARK'
Next article 'Kissing Your Homies Goodnight' Review: The Art of Lip-locking