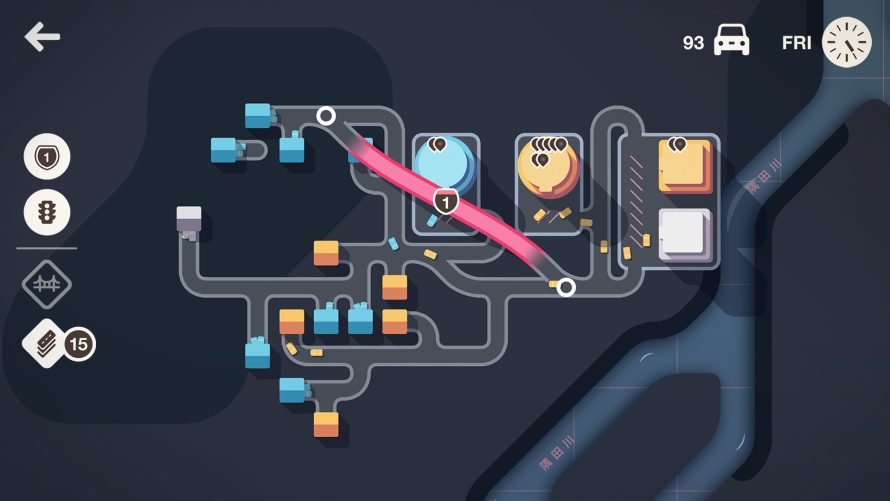 From humble beginnings to a sprawling metropolis, and you’re in charge of managing the city, every step of the way. By which I mean that traffic management is your thing in Mini Motorways. Don’t you dare roll your eyes at the prospect of such a gig either, for without someone to ensure traffic flows as smoothly as possible, roads, traffic lights, intersections, bridges (over troubled waters), and all… there’d be chaos. Complete and utter chaos!

Chances are that’ll still happen though, as Mini Motorways does after all portray a strategy simulation of dynamically growing cities with ever-changing demands. Which, I’d wager, means that there’s no permanent fix for any of the various scenarios you’re likely to encounter, making the ability to adapt just as important as planning skills. One road at a time, upgrade where necessary/when possible, and who knows, maybe you’ll end up with something functional where traffic doesn’t break down every thirty seconds. That’s the dream, in any case.

Mini Metro is available on Apple Arcade and will be on Steam at some point in 2020.