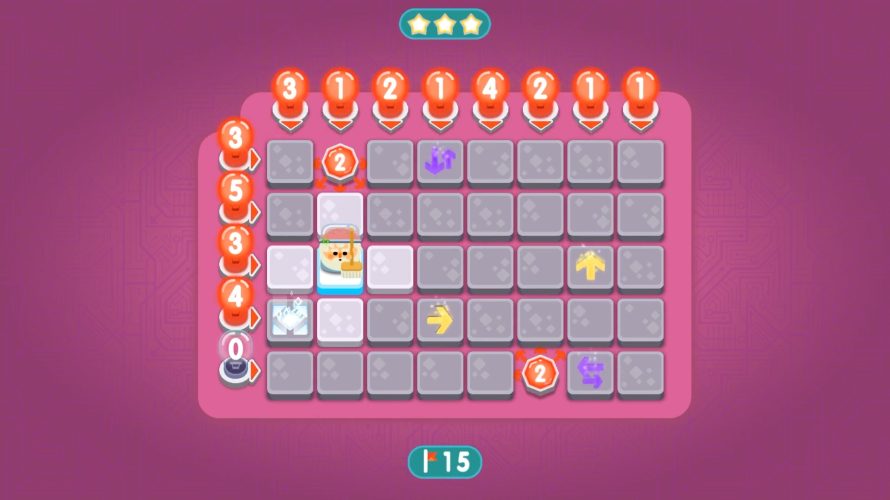 Forget everything you knew about Minesweeper. Done? Great. Now you’re ready for Minesweeper Genius, as while it does mimic the classic puzzler in many ways, a handful of unique changes ensure that this one is also its very own beast. A mighty beast of bombs, flags… with hints of Sudoku and Picross.

So, that strange looking fella in the above screenshot? Yeah, that’s Aristotle, the unfortunate soul who has been tasked with becoming the protagonist in this one. What I mean by that is that, well, while there is “no guessing or luck involved” (according to the developer at least – I’m not entirely convinced), there will be explosions and he will be caught in the middle of them. Also, he’s lost his memory and is on the run from aliens who want to conduct experiments. “Experiments”. We’ve all seen how this movie ends, and it ain’t good.

Anyway, this new take on Minesweeper might come with a surprise or two, but the core gameplay remains the same: numbers define how many mines reside in each colu – wait, that’s not like the original at all! Oh right: Sudoku (and Picross). Yeah. I get that part now. Clever stuff, really, and since each level is procedurally generated – much like the original – you’ll never run out of bombs to move poor Aristotle onto. Or away from, if you don’t plan on opting to kill him like some complete maniac. Your call. I’d opt for explosions any day.

Minesweeper Genius is available on Switch, Xbox One and PlayStation 4, carrying a $5.99 price tag.