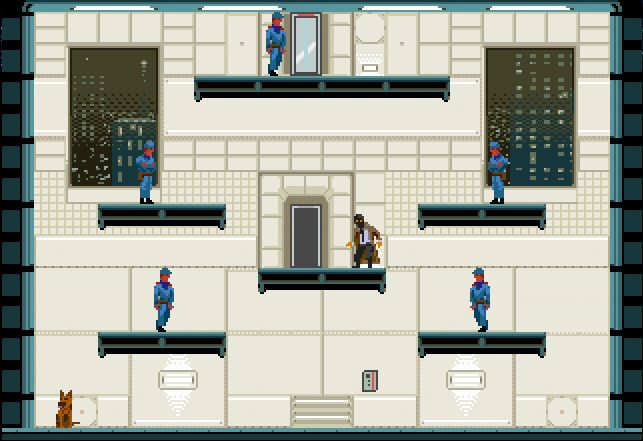 In a world this corrupt, you’re the only one thing standing between order and chaos. So show your worth by sticking to the shado – wait, that’s not right. Hmm… Ah yes, you get to sneak around with an awesome cloaking suit, guards, security cameras and shadows be damned! It’s time to save the world – again.

Your objective is simple: grab the keycard and make a mad dash for the exit. But what makes it difficult, is that you’ll have to deal with guards, dogs, turrets, lasers and plenty other ‘fun’ obstacles. Oh, if you’re spotted even once, the level will reset, so be sure to make the most out of that fancy suit. Sure, using it makes you move slower and reduces jump height, but it also makes you invisible to anything but dogs. Did I mention how annoying they are in this game?

What starts out easy enough, with levels each taking up a single screen, quickly evolves to a challenging stealth-based precision platformer. Mistime a jump or forget to cloak, and chances are someone or something will detect your presence, shoving a big “You Got CAUGHT!” in your face. When that happens, just try again. Don’t give up after failing, because more often than not, it’s a matter of skill, more than figuring out the ‘how’. Where there’s a stealthy spy, there’s a way. 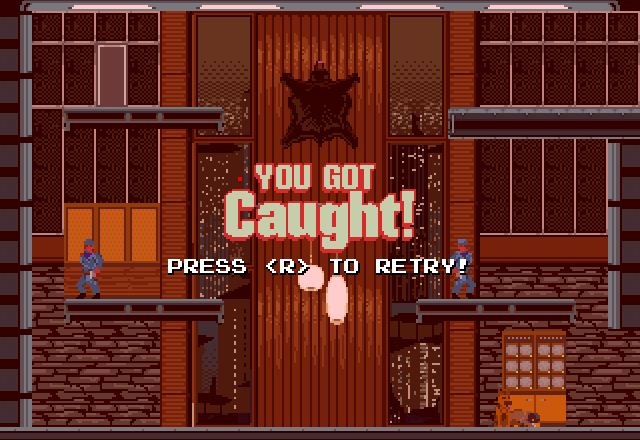 Not sure what the deal with that big bulky trench coat is though. Surely wearing something lighter would be more suited for a job like this? And why does cloaking decrease movement speed? Prototype or not, they should have worked out some of the kinks before field testing. But alas, that was not the case, so we’ll just have to deal with it.

But how early 2014 are we talking? January? February? Ah well, at least there’s a demo to keep us busy while we wait for the full version, set to contain a total of 50 levels (looks like that cloak’s in for some serious testing next year). Oh and I’m sure the developer would appreciate if Master Spy got through Greenlight, so… remember to vote!