Ah, to be outside. In the sun. The much-too-warm sun. Waitaminute. Yeah, think I’ll just stay inside with my a/c and dream up all the awesome MAGS creations that’ll surely come to be during this month of June. “Outside”. Ha!

That only covers MAGS June, however, so what about games that came to be during MAGS May? Well, we have a trilogy of entries this time, which is pretty darn groovy if ya ask me! But I’m sure you’re more interested in the games than my scribblings, so as always, links to each game follow… 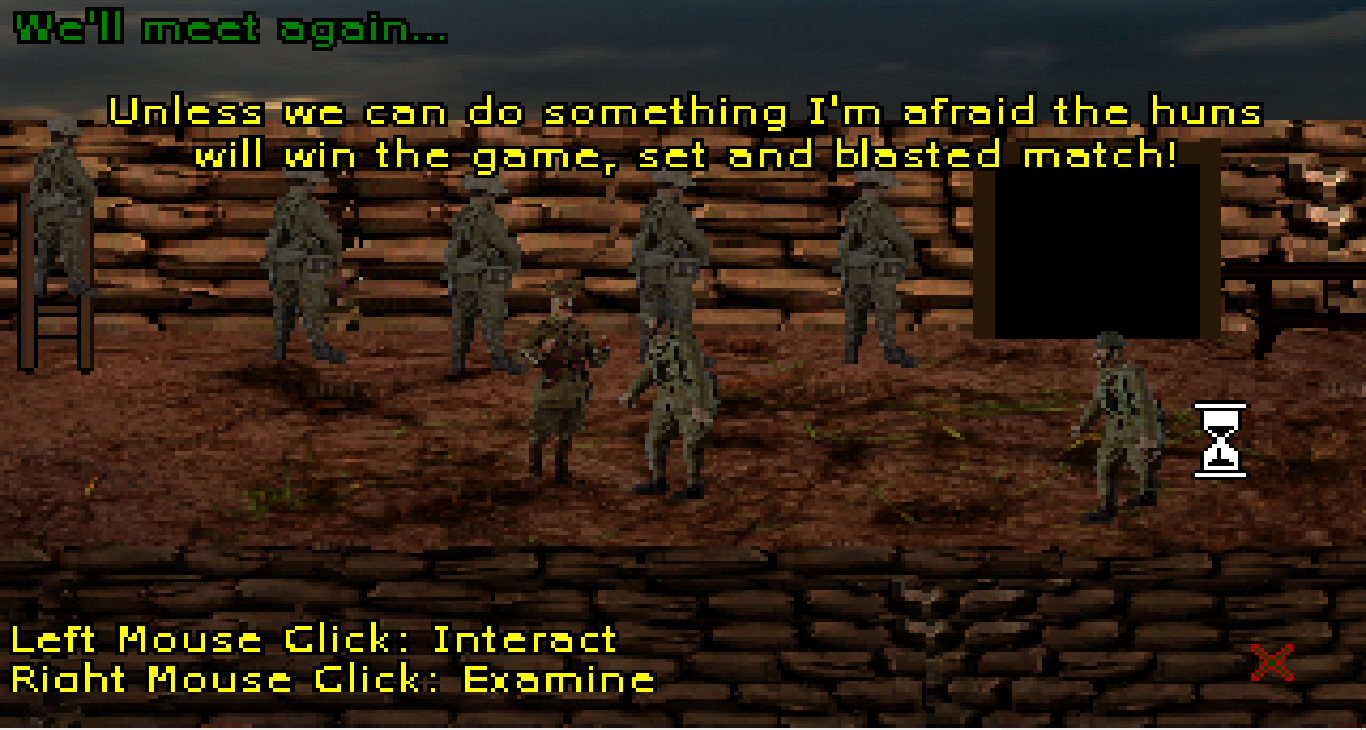 We’ll Meet Again (Slasher)
In a trench during the battle of the Somme during WW1 in France, the German’s are bombarding the British trenches with heavy shells and machine guns. So far you have lost dozens of your friends and there seems no way of stopping the German war machine. The morale is quite low and every soldier has been told that they will be going ‘Over the top’ very soon into ‘No man’s land’ to face the German’s in bayonet combat like sheep facing lions.
Enter the world of British soldiers (Tommy’s) fighting in the trenches under heavy fire from the Germans in WW1. What was it like? Every moment of their lives was spent in fear, and death was only a shot away. At times they would sing and tell jokes as a way to forget the horrors for a short while…. The thought of never returning home brought them nightmares and very soon they would be going ‘Over the top’.
If there was only a way to stop all this bloodshed and madness. 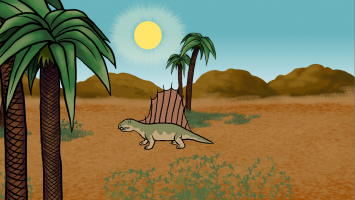 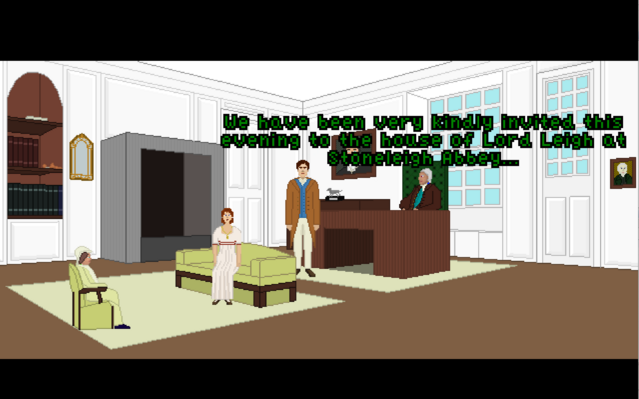 Pride and Relatives (IntenseDegree)
It is a truth universally acknowledged that, as a young lady, Jane Austen wrote Pride & Prejudice based on her own observations of polite society.
What is forgotten about this novel is how close it came to never being written at all…
Step up our forgotten Hero William [noLastNameYet]. Can he restore a young Jane’s faith in humanity, including the humanity of her own siblings? Will the book Pride & Prejudice ever be written at all? This game is guaranteed to nearly answer some of those questions!