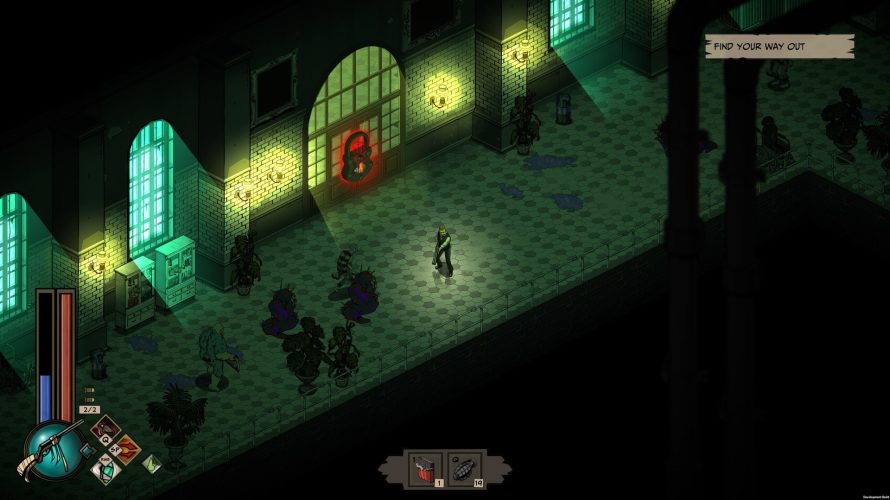 But surely something must have happened for the Detective, the Witch, and the Professor from Lovecraft’s Untold Stories to spring back into action, right? Well, of course, although first, let’s hear it for the Medium, the Veteran, and the Alienist who’ll be rounding up the cast of playable characters. Seeing how online co-operative play has been added, and for up to four people no less, it makes sense to include at least one additional character – or, you know, three.

Oh right, what happened was… a painting. Sorta. When Ardois-Bonnot’s Dream Landscape was uncovered, everyone suddenly found themselves in a state of panic, people running around screaming as if they’d completely lost it. Which, seeing how we are dealing with Lovecraftian content, they could very well have. Oh my. Better make sure your gear is up to snuff as there’s no telling what the Great Old Ones are up to this time, which is likely why crafting has been added in the sequel.

So, think YOU have what it takes to duke it out with the forces of darkness and live to tell the tale? Find out when Lovecraft’s Untold Stories 2 hits Steam [Early Access] on October 28, 2021.