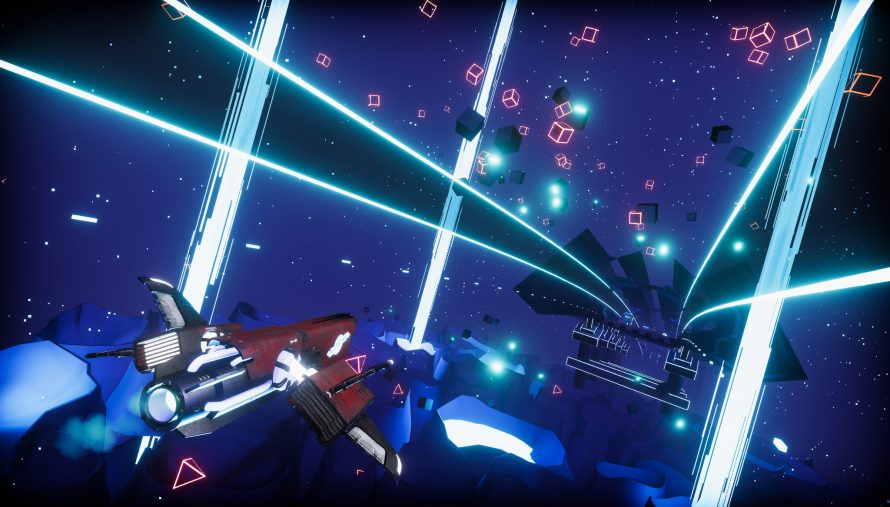 So… I’m not the biggest fan of score-chasers. Not by a long shot. And yet, something about the Lost Wing trailer really clicked with me. To the point where I was quite keen on getting some first-hand experience  -- if not for the fact that, well, it’s still in Early Access). That aside though, what’s not to like about a frantic fast-paced third-person experience which involves blasting or dodging everything that’s rapidly approaching your tiny fragile ship?

Nothing, that’s what. Heck, there are even bosses to fight and a surprising level of movement. By which I mean that I, for some reason, fully expected it to be yet another case of side-to-side dodge-and-shoot-’em-up. So glad to have been proven wrong almost immediately, as the ship went up, down, left, and right, shooting like there’s no tomorrow. Sweet freedom. Even if it is not 6DoF.

Shoot, dodge or jump over obstacles, and slow-down time when it’s getting a little too close for comfort -- just get ready for when the world goes for a spin!

Best of all, seeing how this one seems just a tiny bit (read: big time!) focused on leaderboard climbing, I was thrilled to find out it uses procedurally generated tracks. None of that “I’ve played this level so much I can do it blindfolded” nonsense here. Either you ‘git gud’, or you remain at the bottom of every single leaderboard. Of course, I suppose… upgrading your ship and unlocking another might help increase your odds, depending on your preferred playstyle. Totally a thing in Lost Wing too. Who’s ready for some high-flying score-chasing fun?

Lost Wing is on Steam in Early Access, carrying a $9.99 price tag and was recently announced for Switch, Xbox One, and PS4.