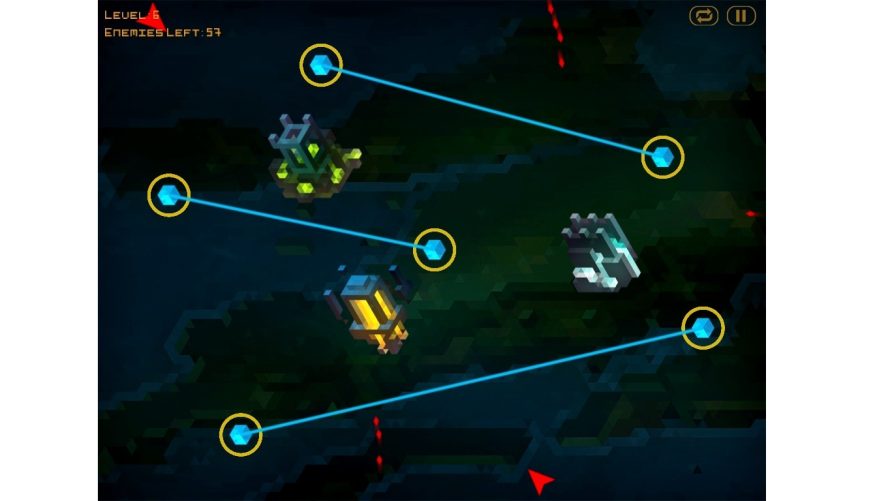 An unknown alien force is rapidly approaching on several fronts. The only way to establish a defensive perimeter is to connect our worlds, as each connection creates a barrier able to withstand just about any assault. So get to it commander: build that last line of defense against those bastards, and be quick about it!

Ah, such a dramatic introduction (by me, not the developer, for those wondering) for what is actually simple, if a tad frantic, tower defense. Now, according to its creator, the thing you’re defending in Linker is in fact “our mutual hearts”. Not sure what that’s supposed to mean though, but chances are it’s some profoundly deep metaphor, as the actual in-game objects do not resemble hearts. Not in the slightest.

Whatever the case, as mentioned earlier, your job is to quite literally draw lines to create defenses, connecting worlds, two at a time. Thing is, you can only use each for one connection, as trying to build more with the same world will break the original. Something to keep in mind, once the pace quickens and enemies start swarming from all sides, making your job quite challenging. 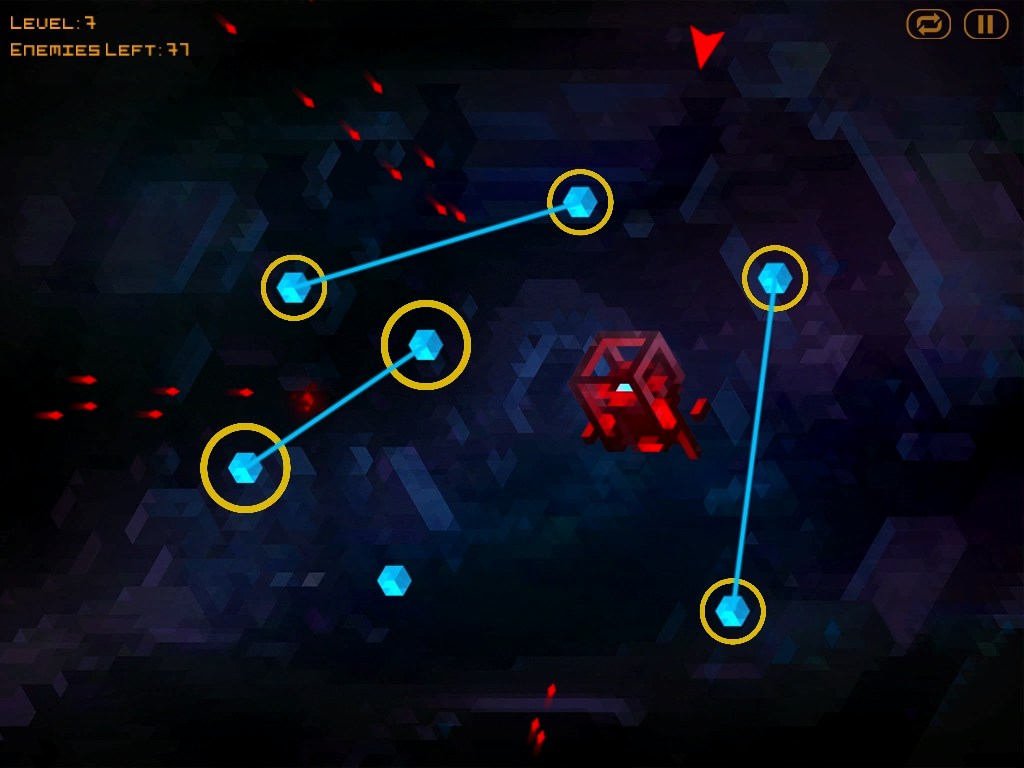 There’s also none of that traditional ‘planning phase’ nonsense to be found here, as everything happens in real-time, level by level, each featuring a set number of invaders to repel. Early on, you’ll only have a handful of ‘gates’ to manage, each covering a wide area. Simple enough. But as you progress through the ten levels, these shrink more and more, requiring quick thinking and split-second decisions: is it safe to let a few slip through, in order to stop a larger swarm elsewhere? Actually, it very much is, seeing how beating a level does not require perfection.

Like so many other games, Linker (postmortem) came to be during the course of Ludum Dare 30, many months ago, meaning it was created over the course of a single weekend. Pretty darn impressive, I’d say, even if it is rather short. On the other hand, it’s definitely fun while it lasts, on top of being free, so… fire up your browser and get to connecting those worlds!