Remember when tower defense was an oversaturated genre, full of uninspired clones? Actually… it still is. That said, however few and far between, there are examples of the opposite, and Liora just might be one such: a much-needed breath of fresh air.

Well, that’s the good news at least. The bad is that Trinity Wasteland Studios are still hard at work, creating their time-traveling RPG/tower defense hybrid. As such, in the hope that a successful campaign will enable them to dedicate more time to the project and wrap up development sooner, they’ve embarked on the crowdfunding path. Oh, and the goal is $25,000 CAD (note: not USD).

The hero, Liora, finds herself in various “worlds” where she must find all of the time pieces, in order to create a portal to L.I.O.R.A’s chamber of doom. While doing this, she must also defend the last surviving members on Earth by protecting their distinctive homelands.

So Liora is essentially our last line of defense, eh? Not sure if I find that reassuring, terrifying, or a bit of both! Seriously though, it’s definitely a solid premise. In order to gather these mysterious ‘timepieces’, you’ll have to acquire them from, well, not-so-nice guys. Since asking nicely isn’t going to get the job done, it’s time to wage war! Each battle plays out on the three-lane movement system, like DotA and League of Legends, with a defend-and-attack system. Wait, am I the only one getting a stronger MOBA than tower defense vibe here?

That said, Liora is in fact going to be a purely single player experience (at least, for now). No co-op, versus, or anything of the sort. Just you and the AI, keeper of aforementioned timepieces. Throughout this undoubtedly dangerous journey, Liora’s power will continue to grow, allowing the acquisition of additional skills, with which to better demolish those who stand in her way. Remember, wits and charm only goes so far, and this time, the stakes are higher than ever (especially in New Game+). 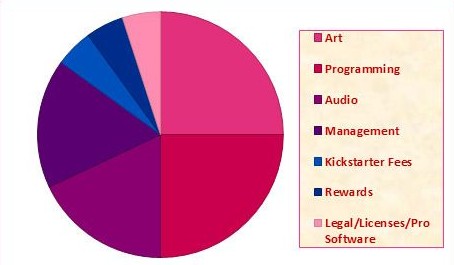 Speaking of stakes, if their Kickstarter campaign should prove unsuccessful, Liora might never see the light of day, and… humanity would be doomed! Current plans involve an iOS and Android release, with fan feedback determining whether they’ll try their luck with Greenlight for non-mobile versions as well. What, the pre-order tier? $5! Those willing to dig a bit deeper can help design an enemy ($65) or an ally ($75). If your pockets are really deep, $1000 lets you help the developer design a brand new game mode! Oh right, that last one also includes ten extra copies of Liora, currently scheduled for an April 2014 release.

But allow me to remind you once again, that none of that is going to happen, should their Kickstarter fail. Although with 25 days on the clock there’s still plenty of time left, and at the time of writing, $1,586 of $25,000 (again, CAD, not USD) have been pledged. If you feel like donating, great. If not, at least leave some feedback in the comments, eh? Let’s get it kickstarted!