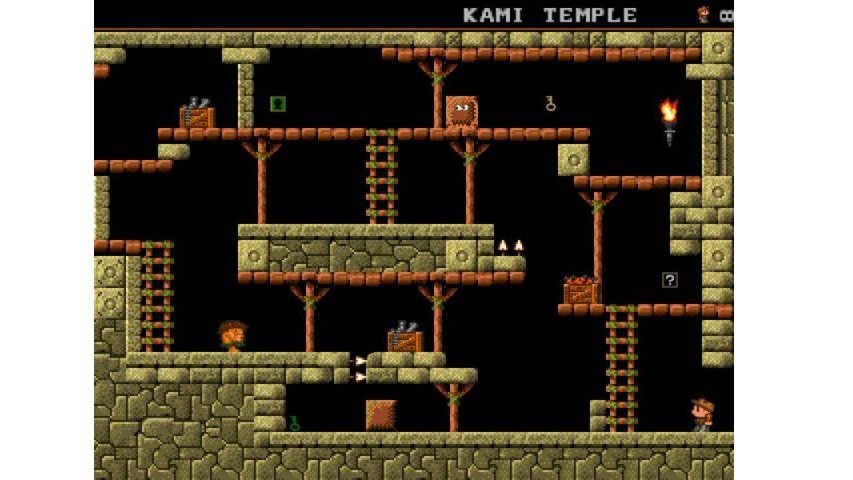 Try as it might, my calendar won’t convince me that it’s 2013 after seeing the screenshot presented above. I’m positive that we’re still in 1989, and that Rick Dangerous is back for a third adventure, although under a different name! Seriously though, even if Lao’s Quest isn’t a genuine Rick Dangerous title, it still has plenty in common with the 24-year-old action platformer.

Oh man. Fan creations based on video game classics are known to be a hit or miss affair, with some coming off as incredibly lazy efforts; Lao’s Quest is not one such. It’s got all the bits and pieces of an Indiana Jones/Rick Dangerous hybrid, from spike pits to dart traps, and even the iconic rolling boulder that’ll crush the protagonist without a second thought; and… dynamite. KABOOM! Oh, and the gun, with a limited supply of ammunition, is also present (as it darn well should be).

Amidst all the action and excitement, there are also puzzles to solve. Though I found these to be nowhere near as difficult as the various platforming and trap dodging sequences. A poorly timed jump often means a one-way trip face first into a spike pit. Fortunately, Lao is familiar with checkpoints, and as such, he’ll gladly reappear at the last one; provided you have any lives left, that is! You see, this one plays by old-school platformer rules: finite lives, countless ways to die, lots of traps and overwhelming odds. Heck, each level even has a password attached, like that of The Lost Vikings. Awesome. 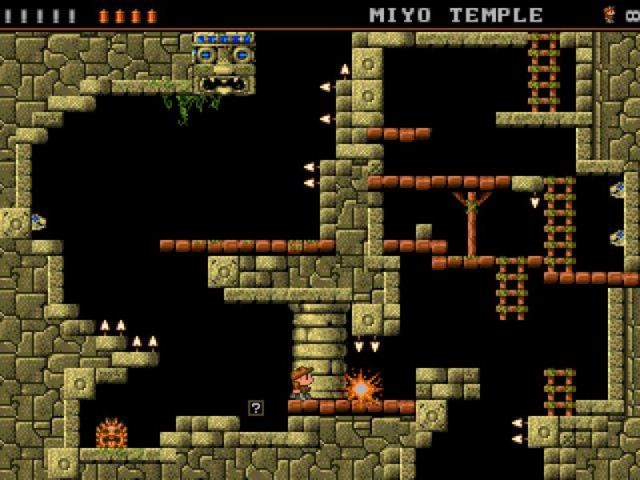 Considering the crazy difficulty of Lao’s Quest, it’s a good thing that the controls are spot-on. Much as I’d like to blame the game for miscalculating the distance of a jump, I only have myself to blame for those mistakes. That said, I both can and will curse it for the design of certain areas, where traps literally appeared from out of nowhere. Some kind of hint, however tiny or obscure, would have been nice. Didn’t like spikes suddenly popping up from underneath my character in the first Sonic the Hedgehog, and I certainly didn’t enjoy it in Lao’s Quest either.

That’s my only beef with the game though, and setting the difficulty to easy and lives to ‘infinite’ made a world of difference. Unless you’re a hardcore platformer fan with incredible skill, I’d recommend against setting it higher than medium; leave hard for the masochists. Although since one hit kills Lao, this setting obviously doesn’t affect how much damage you take, and the same goes for enemies. What it does, however, is change the width of those nasty spike pits and the distance at which projectile traps are triggered (I think). Believe me, the game is a helluva lot easier when you don’t have to jump from the very edge to make it across a gap! Also, easy difficulty adds mid-level saving, which can be incredibly useful if you’re struggling.

As a tribute, the last temple features duo play with Rick Dangerous.

Getting there isn’t going to be easy no matter which difficulty you decide to play on, but man – Rick Dangerous! Such a neat addition. Anyway, if you’re anything like me, you’re more than a little eager to get started, so… here ya go. Have fun, and be sure to keep an eye out for bats.