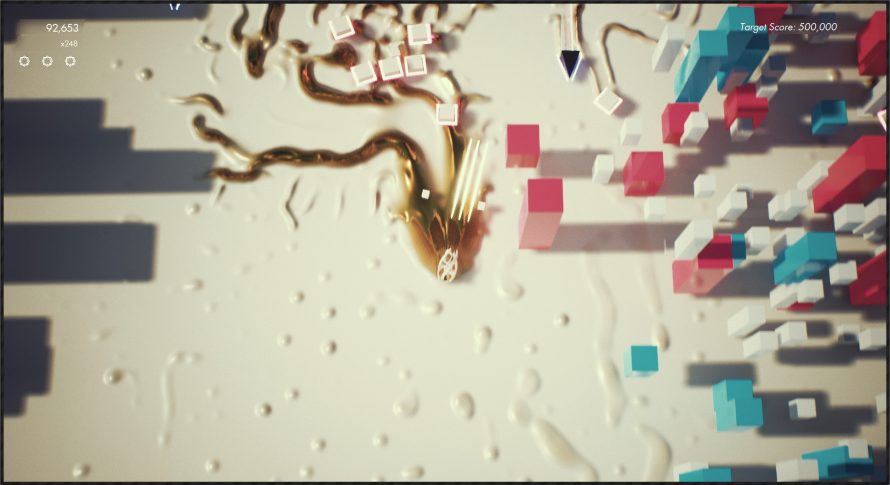 Fluid landscapes, evocative visuals, a voyage through hyperspace that involves blasting everything that moves – going on a Journey To Moonray sounds like a good idea!

One minor tidbit, however: while the game will be out this fall, that initial launch will be in Early Access on Steam, 1.0, PlayStation 5, and Xbox Series X/S following Q1 2022. Just something to keep in mind if you’re already drooling over the above screenshot. Which you likely are, as it does in fact look quite lovely.

Embark on a voyage through hyperspace on the way to the planet where Element 115’s upcoming Souls-like hack-and-slash Moonray will take place.

There’ll still be plenty to shoot right from the get-go, however, Early Access or not, with a grand total of 40 levels and 4 game modes available. I’m sure the most dedicated genre fans are likely going to exhaust even that much in less than a week, but no matter how long it takes you, the visuals are guaranteed to be an absolute feast for the eyes, what with “shaders built on fluid physics” and “models of random patterns occurring in nature such as how spots form on a leopard’s fur”. Gotta love fancy tech talk.

Oh, and in case you’re of the mind that twin-stick shooters are better with a friend, you’re in luck as Journey To Moonray will be adding a co-op mode, post-launch. That and… even more shaders to really push that powerful hardware in your gaming rig to the limit. I can almost hear the fans on my poor graphics card going crazy, trying to render all that eye candy at a fluid 60 FPS.

Journey To Moonray will be hitting Steam Q4 2021 with PlayStation 5 and Xbox Series X/S joining the fun come Q1 2022.