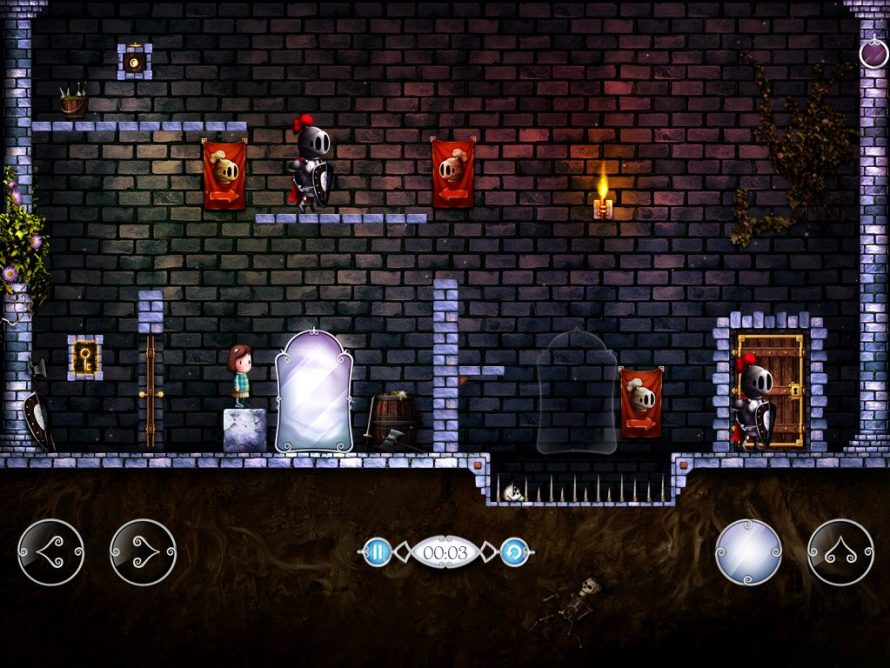 If I was the protagonist of this game, I’d more than likely be freaking out. I mean, her current residence, a mystical tower, plays host to all sorts of nasty things: spike pits, knights, bats, spiders, and… wait, magic mirrors? Ah yes, INOQONI is actually able to control these and use them to reverse the level, creating a safe path to the exit and eventually, sweet freedom.

Don’t let the innocent looks of the protagonist fool ya, for this game is honestly quite challenging, with death likely being a common occurrence as you make your way through its 60 levels (or rooms). These span six different worlds, which is actually a bit of a problem. Each of these are locked until you’ve collected a specific amount of butterflies. This would be fine if you had more than mere seconds to reach it, but alas, that’s not the case. So troublesome.

Aside from that, there’s plenty of fun to be had as you bounce all over the place, ‘teleporting’ both INOQONI and blocks across deadly gaps by way of the aforementioned mirrors, crushing a knight or two in the process. While everything starts out simple enough, later on, levels turn into serious brain teasers, with lots of moving parts, pressure plates and plenty of precision platforming. Heck, there are even times when you’ll have to make them ghastly knights work for you! Fun times. 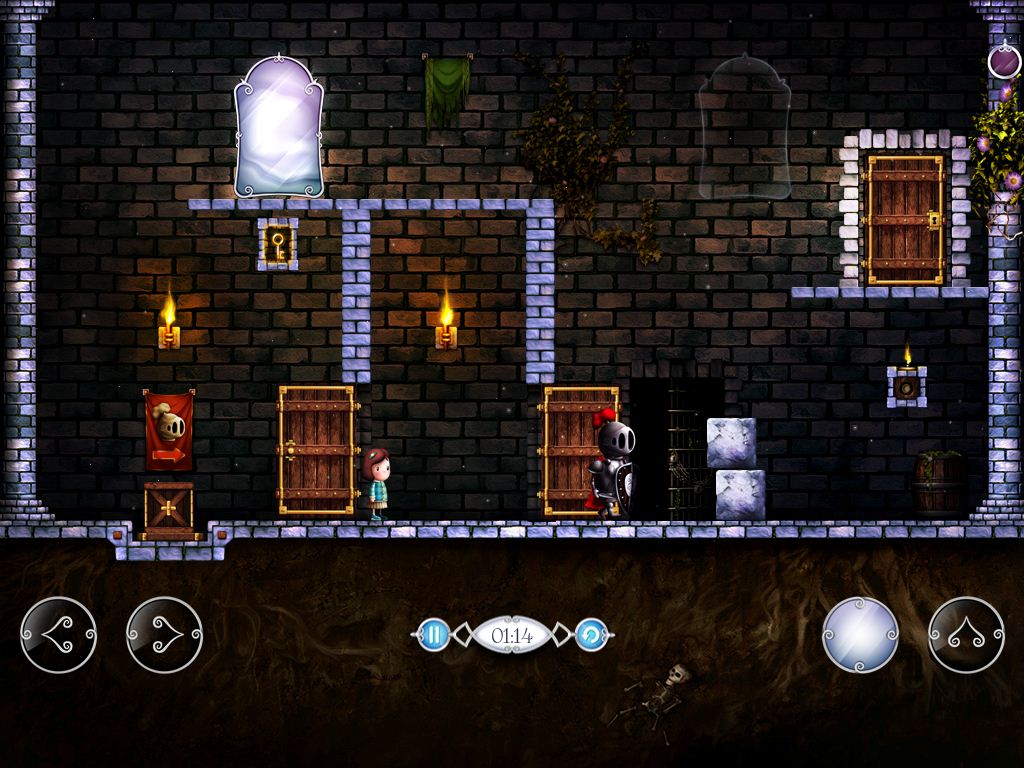 Adding to the puzzle complexity is the fact that you’re also able to reverse the level while not facing a mirror. See, you’ll often have to ‘swap mirrors’, in order to reach your destination. Reversing the level in front of a white mirror enables you to keep your current position while going through a black one, well, ‘teleports’ INOQONI to the white one. Head spinning yet? Well, now you know how I felt during the first 30 or so minutes, but eventually, I got the hang of it.

Now, for the most part, the puzzles are at least somewhat logical, with the oddly timed jump thrown in to add a sense of urgency now and then. Oh, speaking of which – you’re actually being timed as after each level, you’re rewarded with either a bronze, silver or gold clock based on how fast (or slow) you were. This is in no way tied to progression though, but I’m certain the speed-running crowd will still find plenty of use for it. Me, I’m content simply beating each level!

Aside from the aforementioned butterfly collect-a-thon, the only other annoyance I encountered were puzzles with a timer attached as these would get me stuck behind a locked door. In spite of those two issues, for the most part, I still found the experience to be enjoyable. On paper, sixty levels may not sound like much, but unless you’re incredibly skillful, the later ones will definitely take a while. But hey, practice makes perfect, ya know? Time to guide poor INOQONI out of this place!

INOQONI is available for iOS (iTunes, $1.99) and Android (Google Play, free with ads).