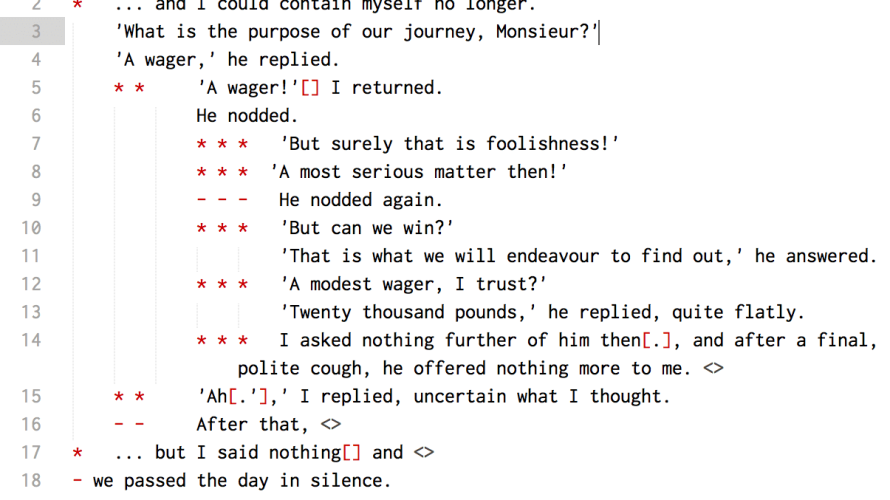 Game developers making their creations open source, no matter the license attached, is generally pretty awesome, no doubt. But engines/scripting languages? Man, that’s another matter entirely, on top of being a much rarer occurrence. That’s exactly what inkle’s done with what made the wheels of 80 Days and Sorcery! turn though, and I honestly could not be more excited.

Released on GitHub under the MIT open-source licence (wait, what?), ink lets aspiring creators of non-linear tales boogie with “marking up pure-text with flow in order to produce interactive scripts”. Or put differently, it enables them to… make complex, lengthy, variable-heavy choose-your-own-adventure games. Oh, did I mention the compiler has been rewritten in C#, and that it has Unity support? Yup.

Branching, knots, loops, stitches, flow, diverts, gathers, and the list goes on. Confused? Now you know how I feel, or felt at least, until perusing the ink tutorial. A pretty lengthy read, sure, but at least it’s written by the creator of said scripting language, and I highly doubt anyone is more familiar with it. That said, it is – at the time of writing – in alpha, meaning there are bound to be bugs and issues, and trying out your stories, well, let’s just say it requires command-line interface knowledge (as noted in the Getting started section).

We’ve been hard at work on the latest version the language, improving the elegance of its syntax and adding powerful new features. We’ve rewritten the compiler from the ground up in C#, and moved it over to Unity.

Aside from that, I’d say go nuts! Keep the alpha thing in mind, but don’t let it stop you from exploring what can be done with Ink. Who dares wins after all, and ya never know – the next big piece of interactive fiction just might be that which you end up creating with it. So get to writing, stringing branches together, tying knots and what have you.