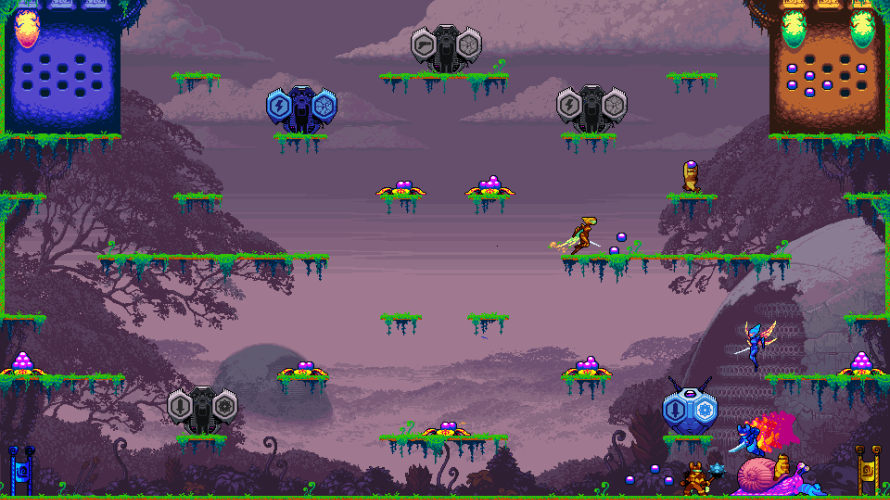 It’s always nice to see Microsoft put more focus on independently developed titles, helping developers of such potentially reach a much larger audience. Which is exactly what they’re doing with the recently revealed ID@Xbox Game Pass, going as far as to bringing a handful of titles with it the same day as they launch on Xbox. Groovy!

To make this even more interesting, the entire thing was streamed, complete with gameplay and a bit of commentary, archived on YouTube (see video below) for those who missed it. But enough of that – there are games to talk about, namely Killer Queen Black, Outer Wilds, and Blazing Chrome! Keep in mind that these are not the first indie games to join the Xbox Game Pass lineup, and of course, they won’t be the last either, the likes of Hello Neighbour and We Happy Few readily available for subscribers and all.

Outer Wilds
Outer Wilds, from Mobius and Annapurna Interactive, is an exploration game about curiosity, roasting marshmallows and unraveling the mysteries of the cosmos. It’s coming in 2019 and we’re thrilled to announce that it will be in Xbox Game Pass the same day as its global launch.

Blazing Chrome
From JoyMasher and The Arcade Crew, Blazing Chrome lets you kick some serious metal ass! The world is dominated by machines, that threaten the few humans remaining with total extermination. You get to kick some metal butts and free humankind in this classic run’n’gun, made by and for fans of serious arcade action.

On a related note, Xbox fans attending PAX East this year may want to stop by the ID@Xbox to sample Void Bastards, Operencia: The Stolen Sun, Supermarket Shriek, The Good Life, and Afterparty, all of which will also be available with the Xbox Game Pass at their respective launches. Pretty sweet deal Microsoft’s starting to cook up with their subscription thing, I gotta say.

(Source: All The News from ID@Xbox Game Pass)