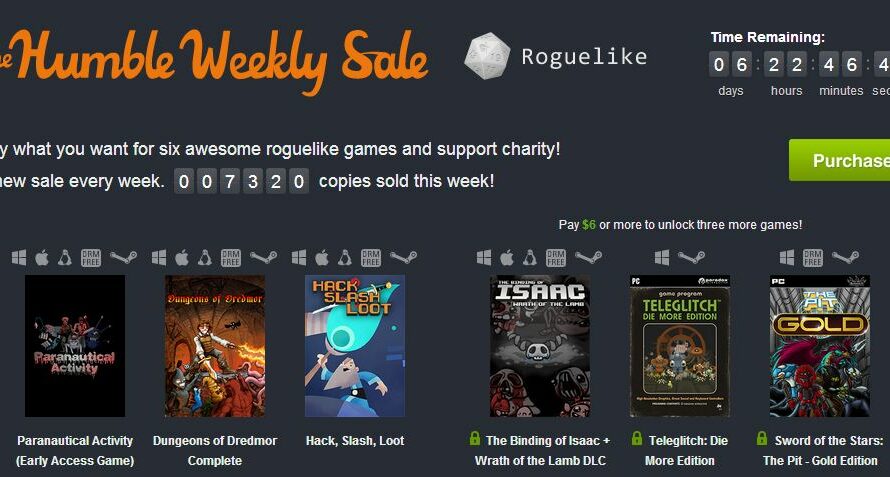 Permadeath, monsters, randomly generated content, RPG elements aplenty. Those are just some things that make roguelikes so much fun, and I’ll be damned if Humble didn’t just line up six great ones at a ridiculously low price. Grand adventures and certain death awaits!

Steam keys? Bah! Well ok, they are available for the lot, but the DRM-free crowd hasn’t been forgotten. Same goes for Mac users, but Linux? Nothing for you guys this time. Pricing’s simple: pay-whatever-the-beep-you-want for the first half, $6 to get everything. As always, applicable soundtracks will be included with purchase and don’t forget that you can freely decide who (Humble, developers, charity) gets how much, simply by adjusting the sliders during purchase. Yay, charity! 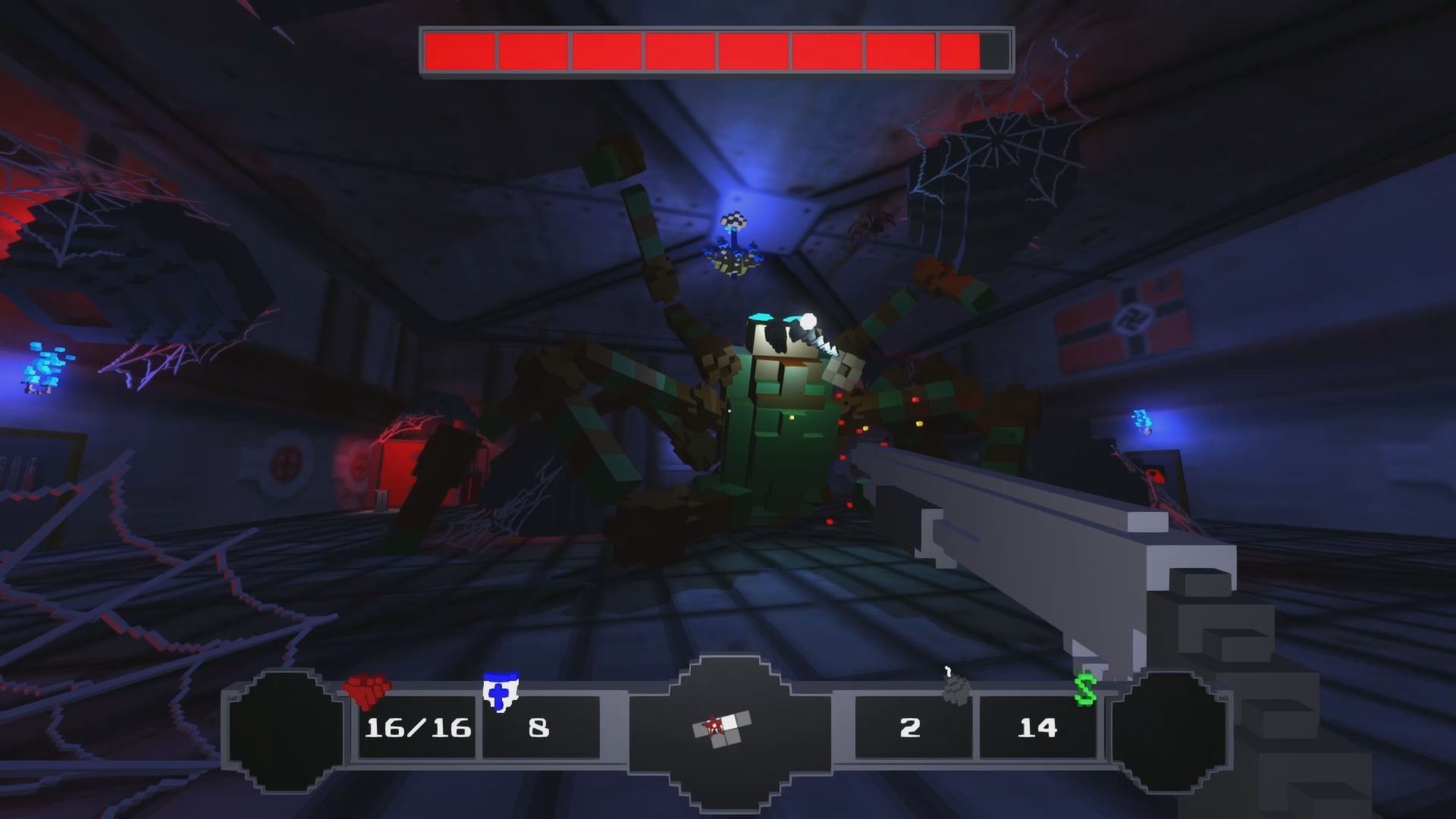 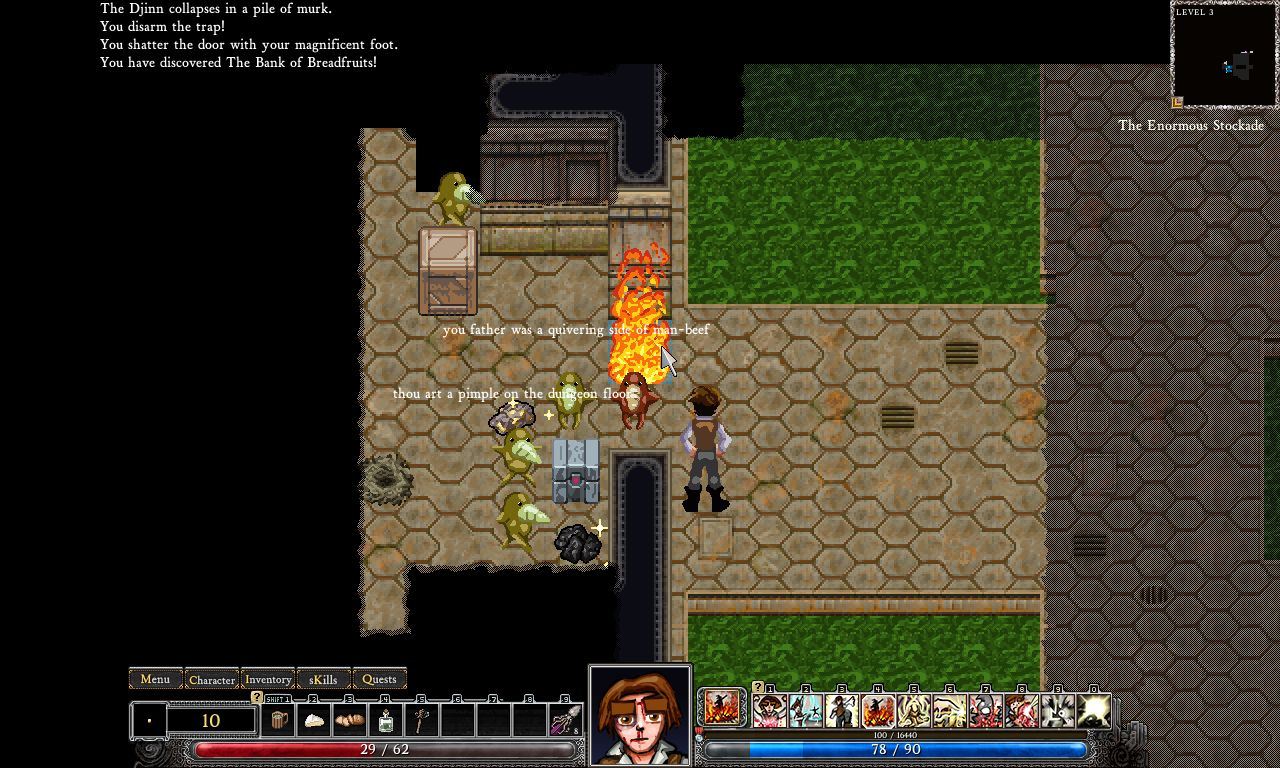 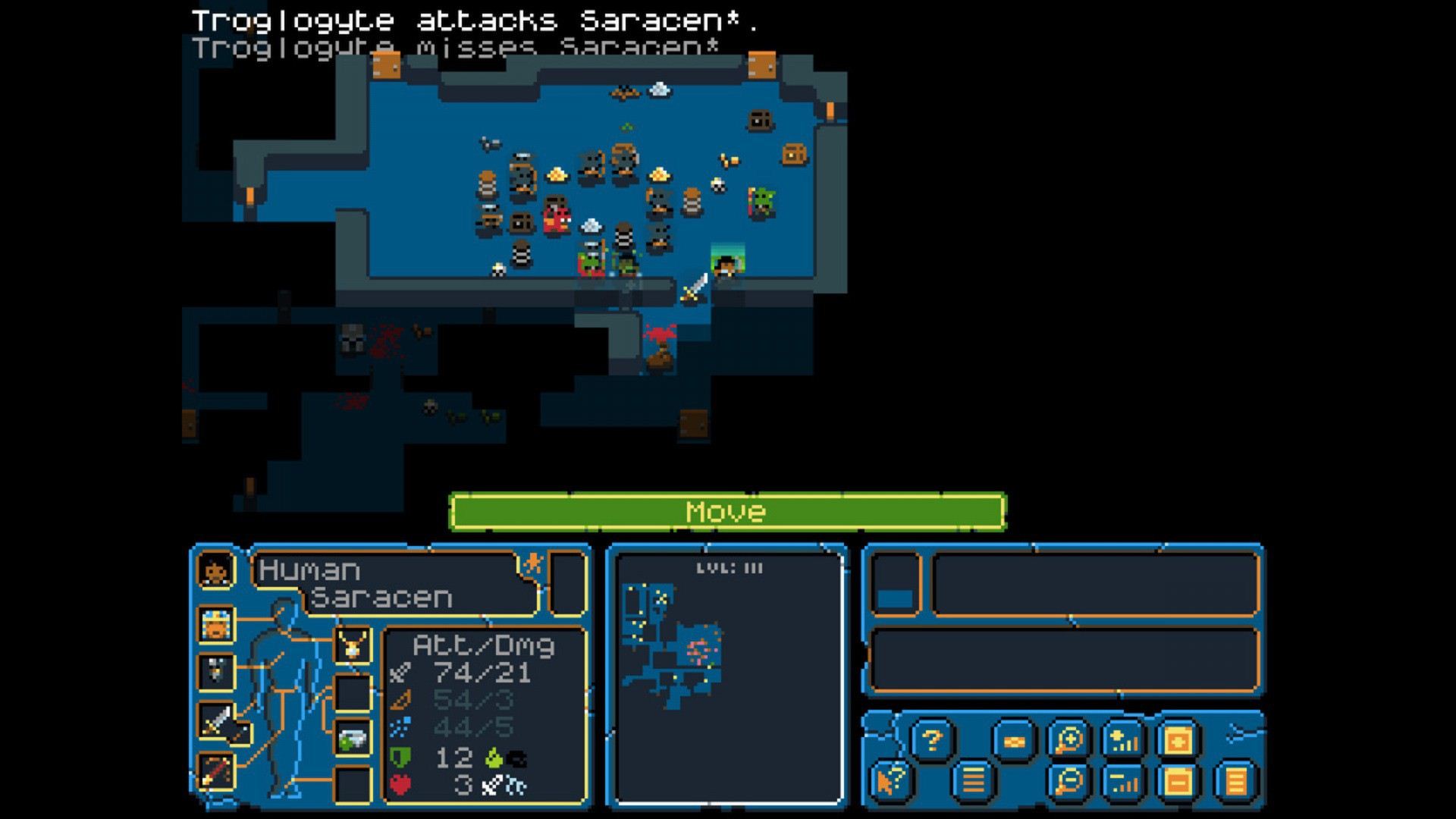 Hack, Slash, Loot [PWYW]
Hack, Slash, Loot is a single-player turn-based dungeon crawler game. Take control of a lone hero and explore sprawling dungeons, fight dangerous monsters and most importantly, plunder valuable treasures. Hack, Slash, Loot features thousands of items, monsters and dungeon features. Different dungeons are created in each game, so you will never experience the same gameplay twice. With controls that are easy to master, you will be adventuring in no time — but there is still enough depth to challenge the most hardened of adventurers. 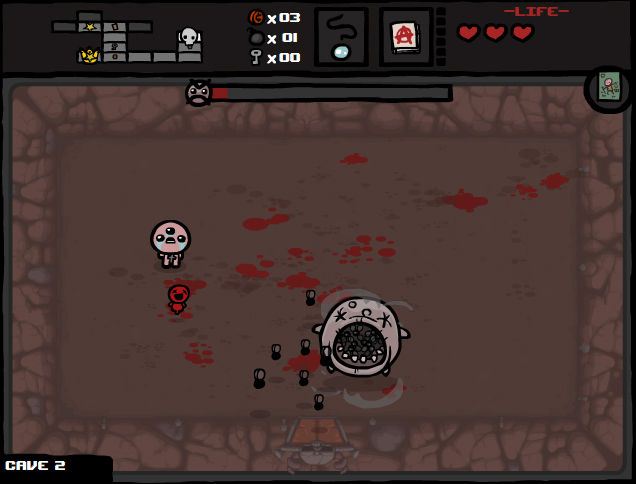 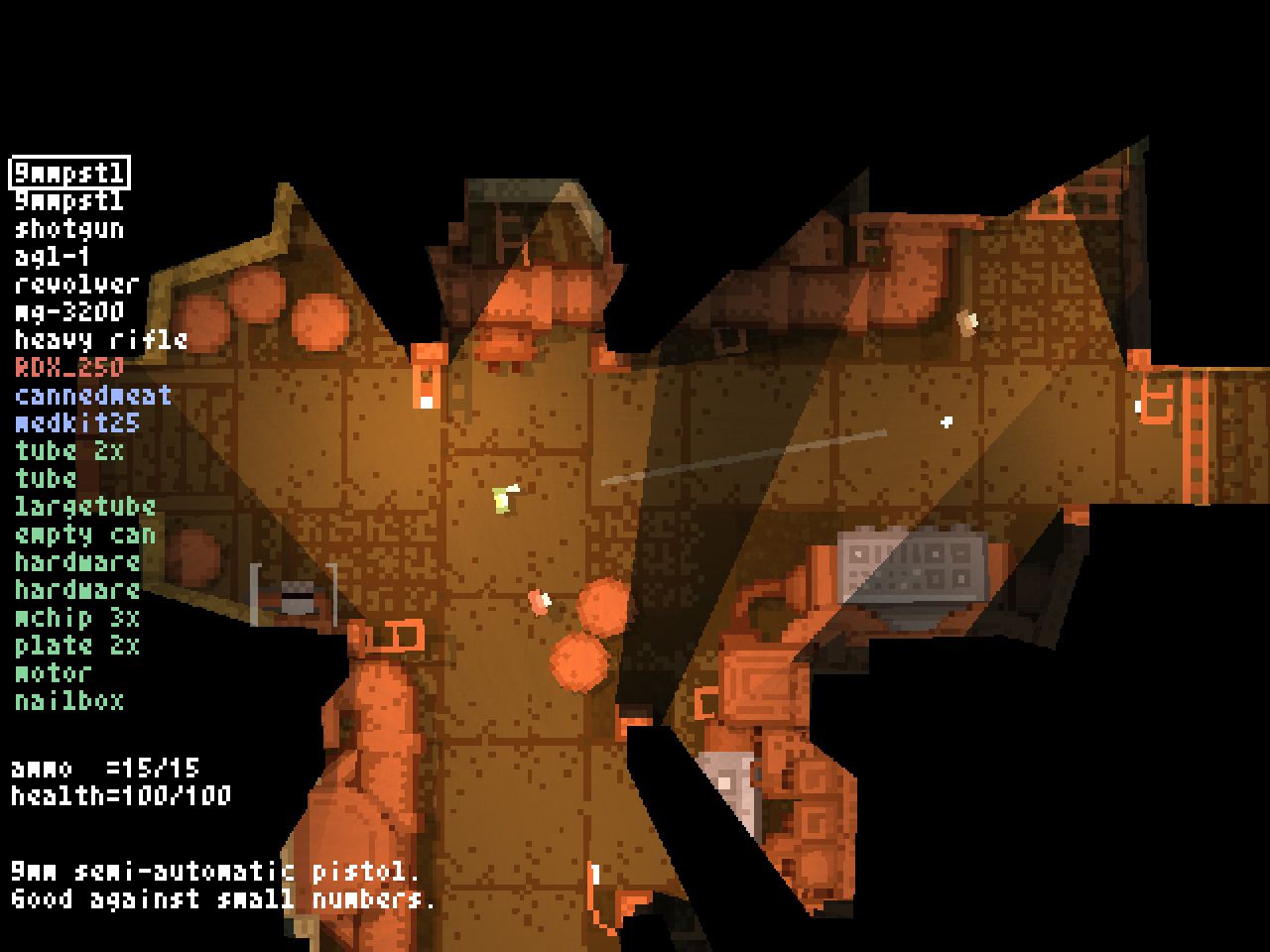 Teleglitch: Die More Edition [BTA]
Teleglitch: Die More Edition is a roguelike top-down shooter with retro pixel graphics. Featuring procedurally generated maps that change with each playthrough, you will never experience the same facility twice. Clutch your gun, walk down the dark corridors and enter each new room hoping those last few rounds of ammunition will be enough. Feel the anxiety, the paranoia and the sheer terror of Teleglitch. 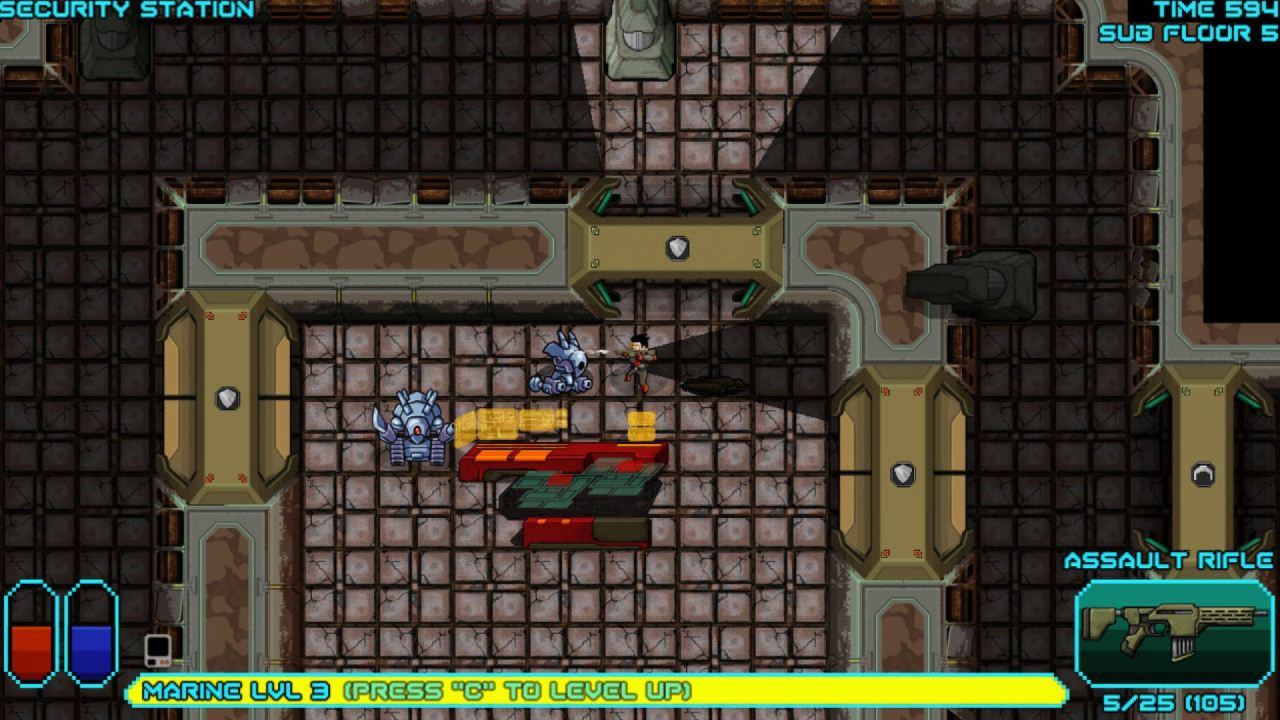 Don’t forget that Humble Weekly Sale: Roguelike will only be available for little less than seven days (hence, weekly), so don’t wait too long; unless you enjoy paying full price for indie games, that is. Nothing wrong with that, but since a bundle has been made available and all – might as well, right?