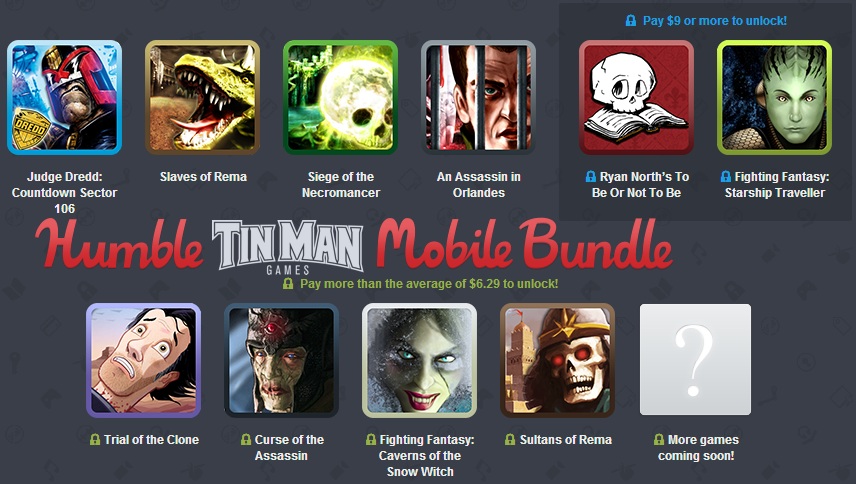 When was the last time Judge Dredd, Fighting Fantasy and Shakespeare pulled a bundling together? Never, that’s when. Yet that’s exactly what’s happened here, courtesy of Tin Man Games’ awesome gamebooks and Humble Bundle! Even if you only have a remote interest in choose-your-own-adventure games, I’d still recommend this lot. It’s that good.

One thing to note though: you will need an Android device, as unlike most other Humble Bundle outings, this one’s purely mobile (and since Apple doesn’t do DRM-free…). Aside from that, I think most know how this stuff works by now. Ten games split across three pricing tiers, with more added to ‘beat-the-average’ at some point, soundtracks for almost every single game, and of course, a $35 Shirt ‘N’ Button tier. Neat, eh? May the dice forever roll in your favor, adventurer. 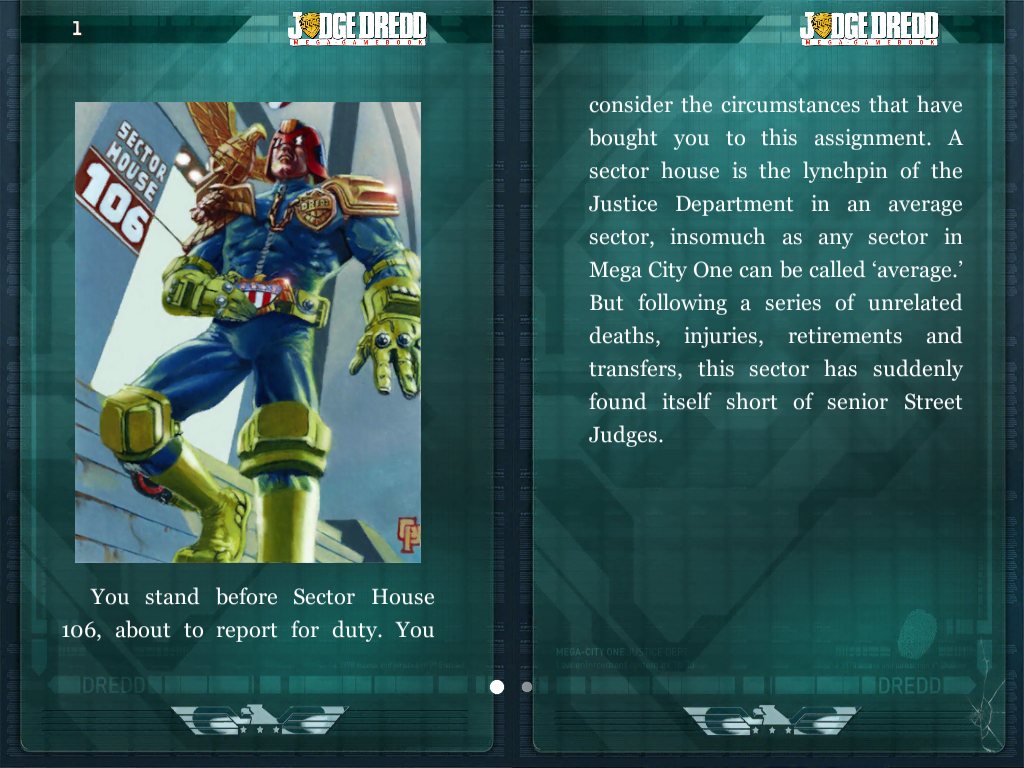 Judge Dredd: Countdown Sector 106
Drokk! It’s an adventure game. It’s an interactive book. It’s an RPG. You are Judge Dredd, the toughest judge to patrol Mega-City One, a vast futuristic city, set in the 22nd Century! 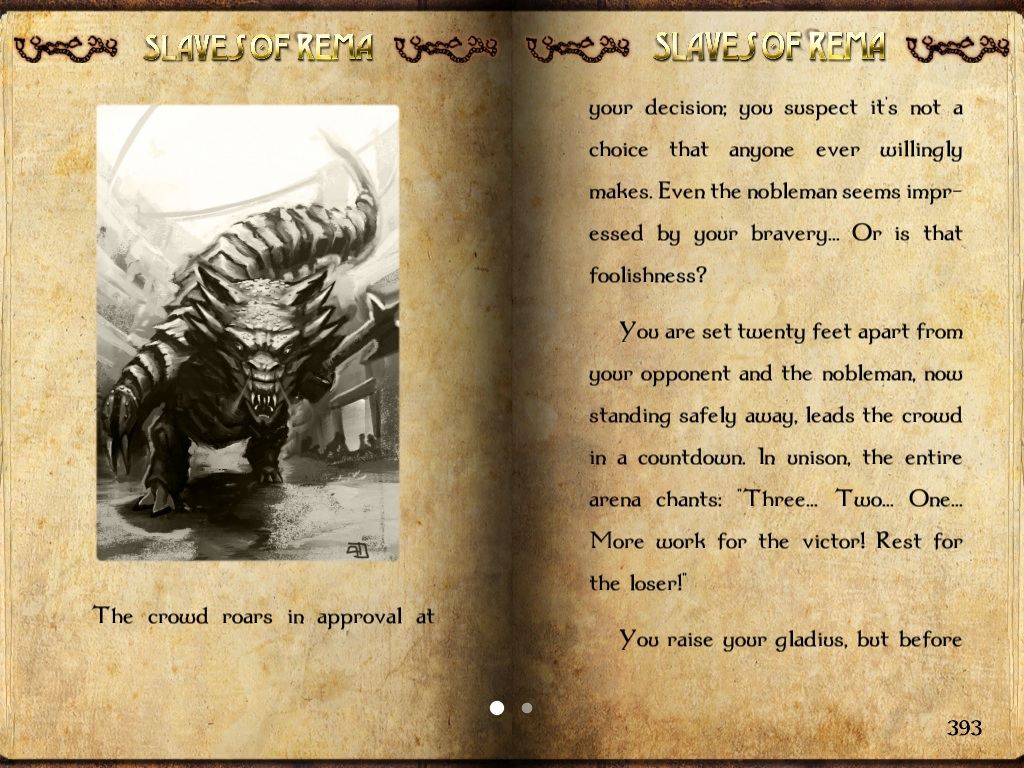 Slaves of Rema
Cruelly taken from your homeland of Orlandes, you find yourself in a far off land at the mercy of a gladiatorial arena. Somehow trying to find a way to escape overseas, can you also unravel a potentially dangerous mystery that puts two nations on the brink of war? 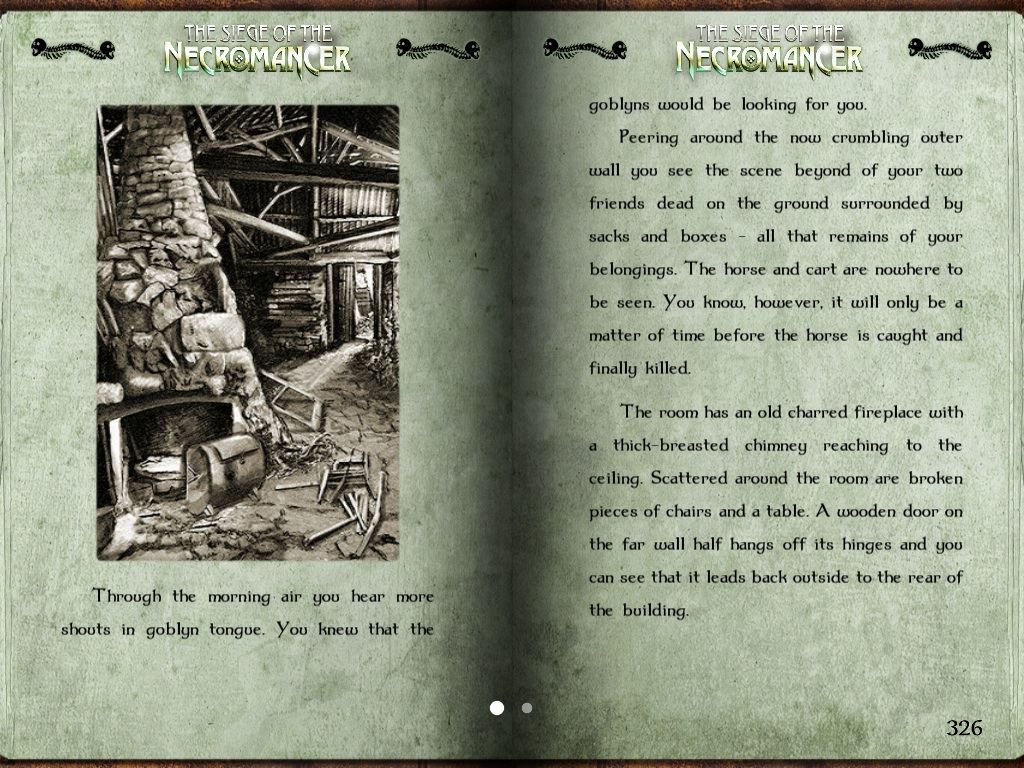 Siege of the Necromancer
Set in the coastal town of Myr, you have returned home after a long Summer in the mines of Durath Tor to find your hometown besieged by strange creatures. A dark presence has taken over the town and you are the only one who can rid the stronghold of Erid Buul, the mysterious new Lord and his ghastly cohorts. 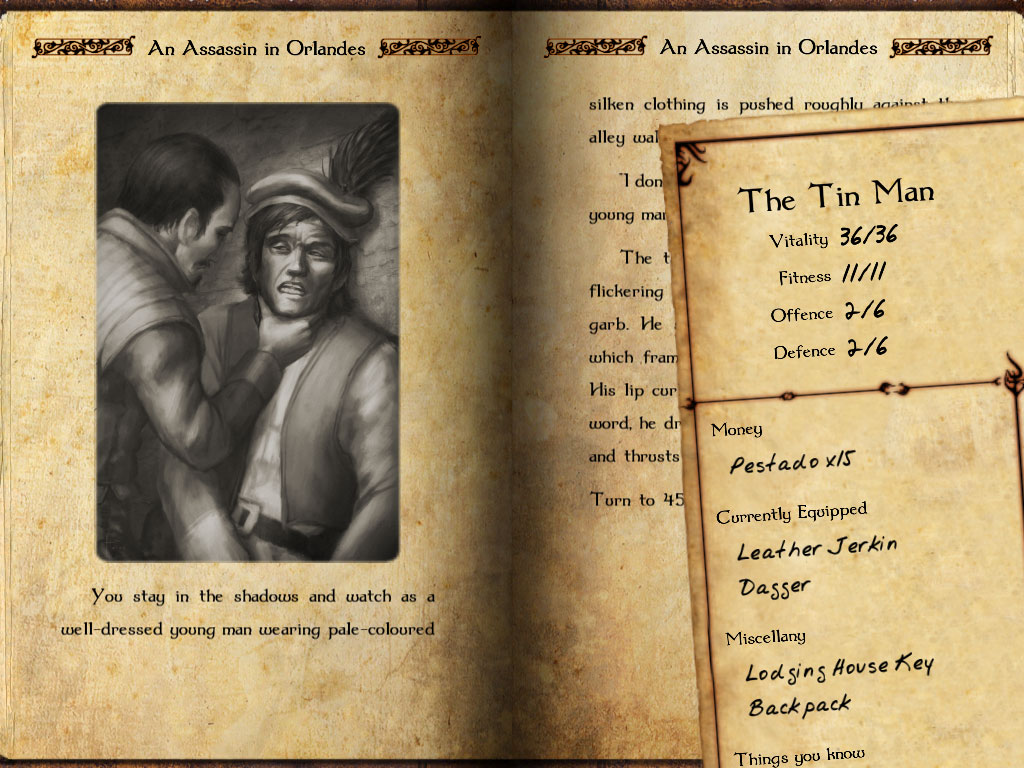 An Assassin in Orlandes
Set within Orlandes City, nobles are being systematically murdered by a ruthless assassin no-one seems able to catch. Finding yourself thrust in the middle of a large conspiracy, you must make decisions that may put yourself and one other most precious to you in great danger. Can you locate the assassin in Orlandes before it is too late? 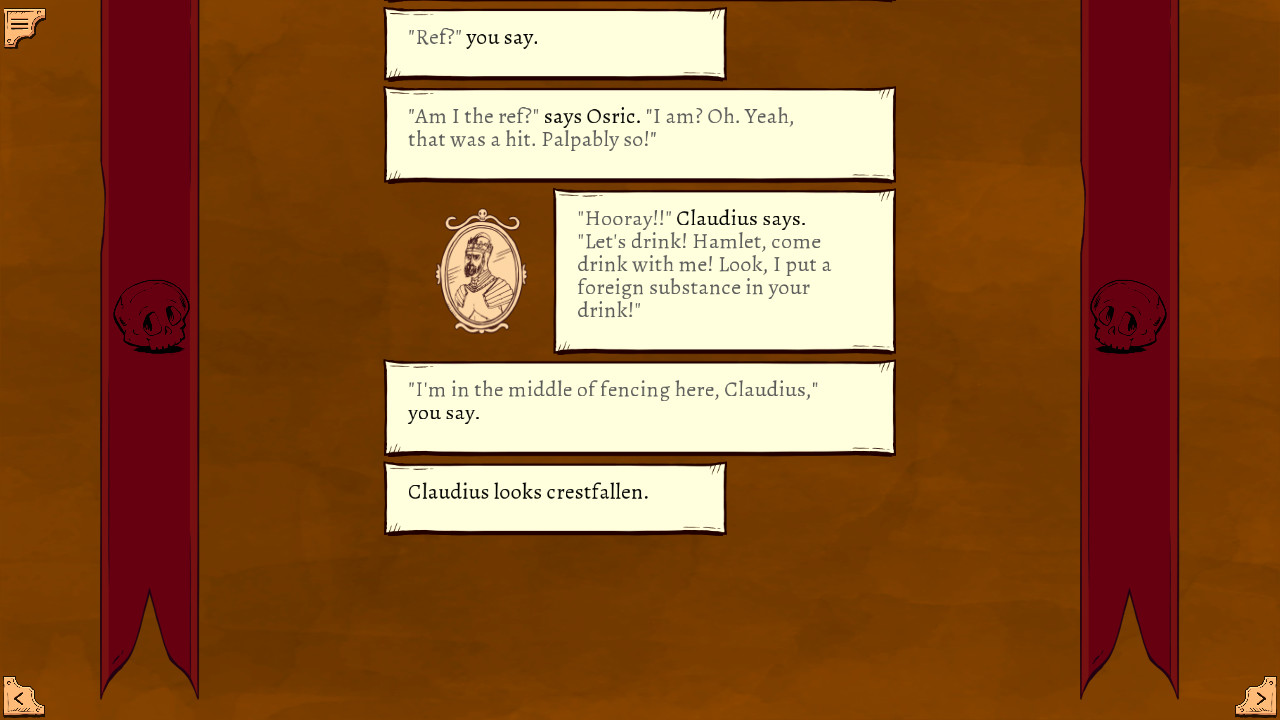 Ryan North’s To Be Or Not To Be
William Shakespeare’s Hamlet has finally been restored to its original second-person non-linear branching narrative format. I know! What took so long, am I right? Now it’s up to YOU to decide what happens next. Play as Hamlet and avenge your father’s death. Play as Ophelia and make scientific discoveries. Play as King Hamlet, Sr. and die on the first page!

Fighting Fantasy: Starship Traveller
Sucked through the appalling nightmare of the Seltsian Void, the starship Traveller emerges at the other side of the black hole into an unknown universe. YOU are the captain of the Traveller, and her fate lies in your hands. Will you be able to discover the way back to Earth from the alien peoples and planets you encounter, or will you and your crew be doomed to roam uncharted space forever? 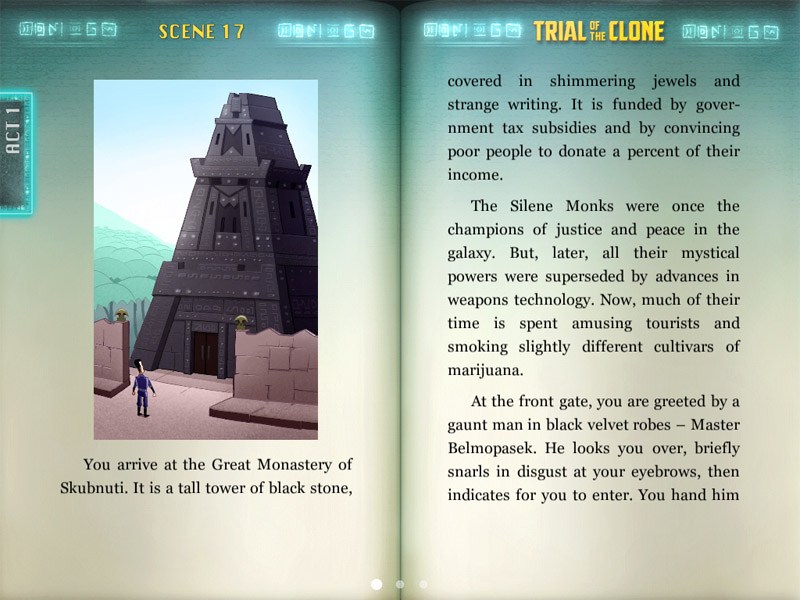 Trial of the Clone
You’re a clone who sets out to find your place in a cold, uncaring, but also kickass and ridiculous futuristic world, solving challenging puzzles and fighting monsters along the way. It’s like D&D for people who are too cool for other people! 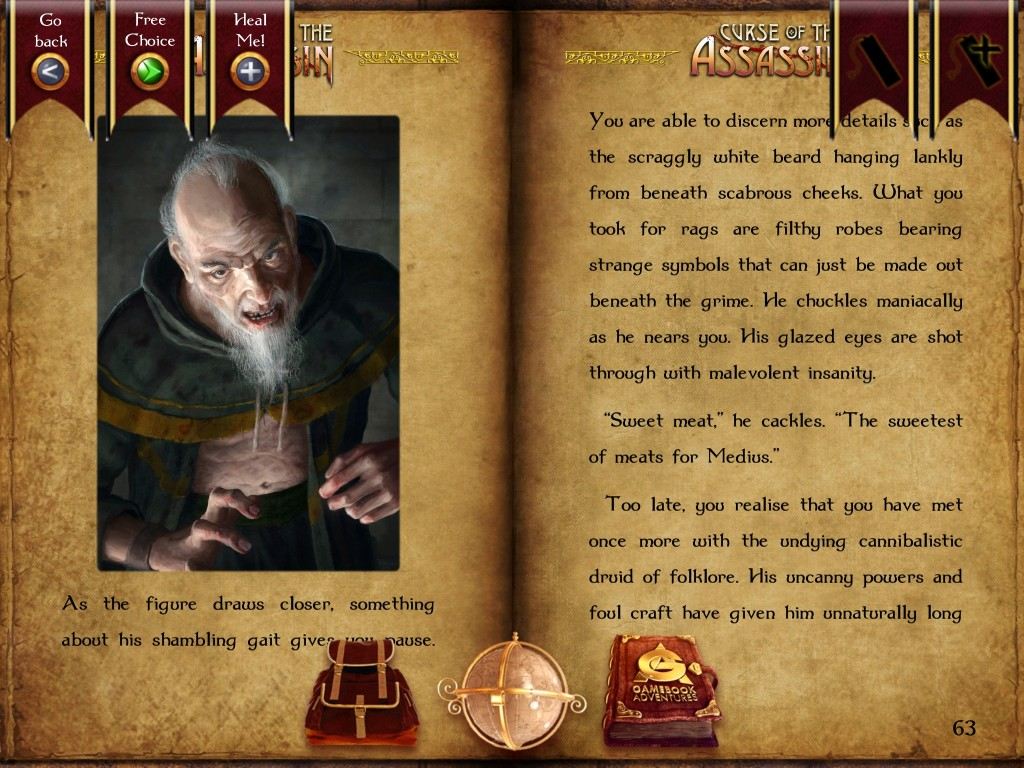 Curse of the Assassin
An exciting mystery adventure thriller races from Orlandes City through to the wilds of Orlandes, into the mines of Kern Badenach and even out to sea! Pirkka Harvala, who previously illustrated An Assassin in Orlandes and Catacombs of the Undercity, returns for his third gamebook and this time his wonderful artwork appears in color for the first time! 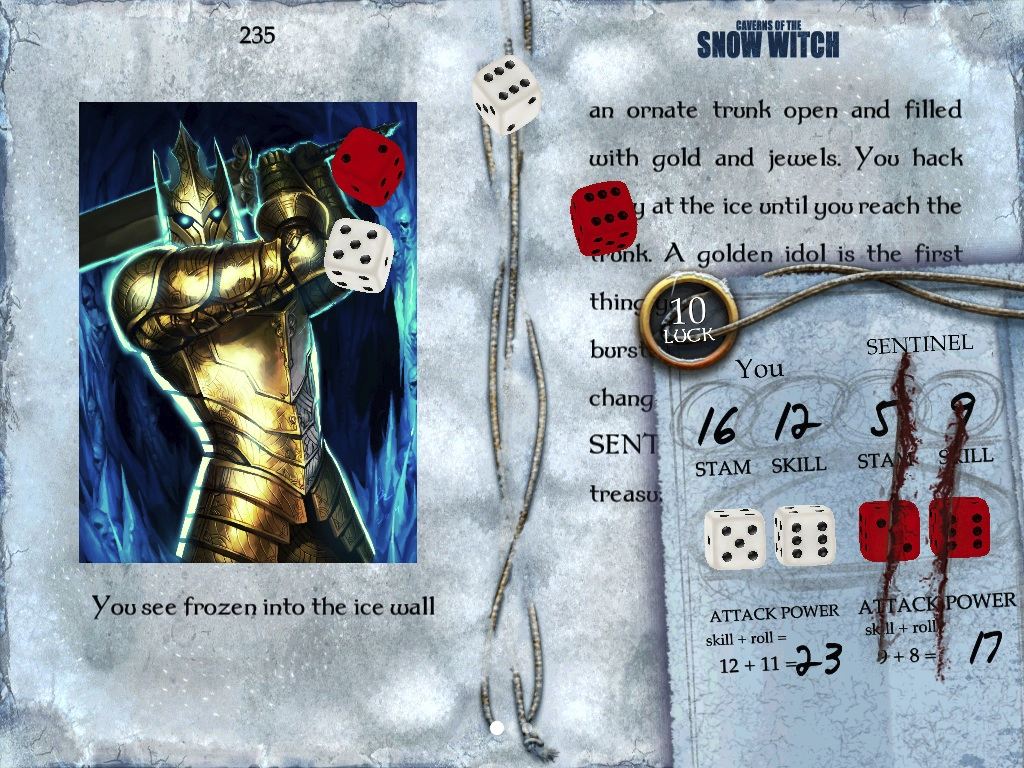 Fighting Fantasy: Caverns of the Snow Witch
Deep within the Crystal Caves of Icefinger Mountains, the dreaded Snow Witch is plotting to bring on a new ice age. A brave trapper dies in your arms and lays the burden of his mission on your shoulders. But time is running out – will YOU take up the challenge? 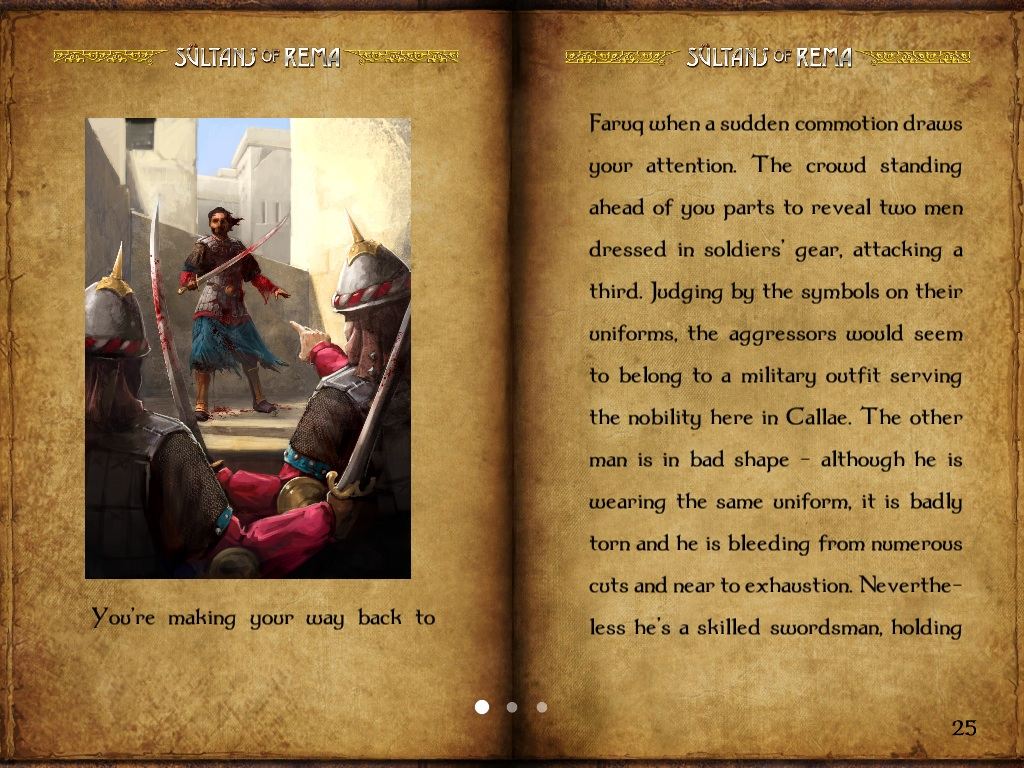 Sultans of Rema
Your return to Rema takes you further to the east, to the City-State of Callae, renowned throughout the world as a city of great learning. Your final destination is the Emirates of Akbir, ruled by a sick Emir who has remained neutral to Orlandes’ political leanings over the years. His successor threatens to send that relationship into turmoil. You must secretly enter a harsh desert world of political power struggles and strange magics to ensure a stable future for both Rema and Orlandes!