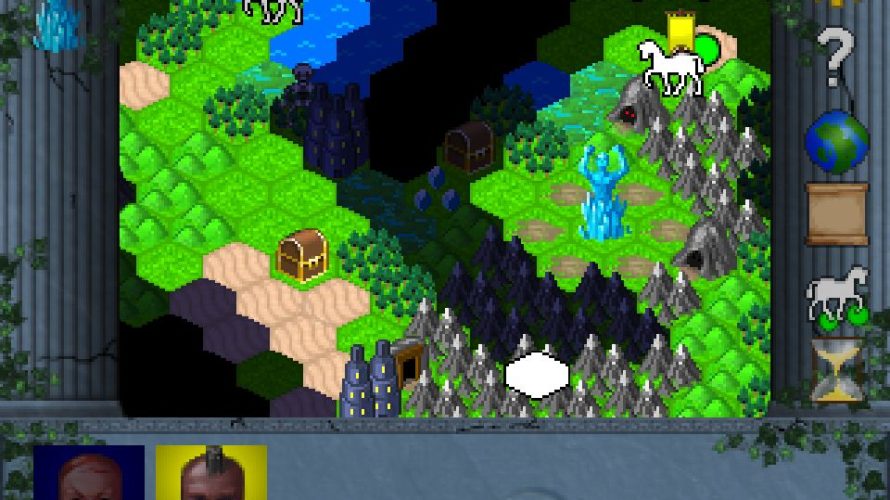 Wizards. Never did trust them, and in this case, my suspicions were well-founded. They grew so powerful that in the end, unsurprisingly, it corrupted them along with the entire world, shattering it into several fragments. Now, the few surviving [wizards] have tasked you with gathering heroes to fix this mess; instead of, you know, dealing with it themselves. Curse those robed hoodlums!

On the other hand, without a world to save, there’d be no Heroes of a Broken Land, so I guess it ain’t all bad. Well, it’s still bad for the inhabitants of the lands (or fragments, rather) now aimlessly adrift, but… you know what I mean. Besides, when was the last time you got to play a game this, one that has both dungeon crawling and town management?

I have to admit, the entire thing does remind me quite a bit of Heroes of Might & Magic, seeing how this game also has you moving several parties around the world map, searching for treasure and adventure. But that’s not all there is to it, as your quest requires you to frequently delve deep into dangerous dungeons; places filled with traps and hostile creatures aplenty, so prepare accordingly. 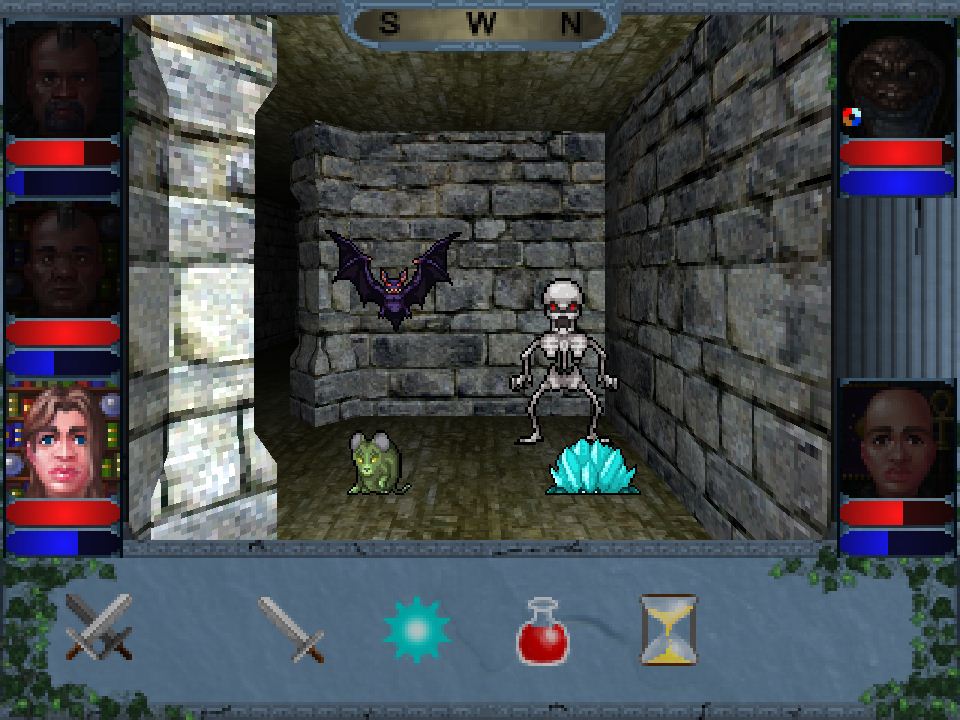 These are played from a first-person perspective, like in Eye of the Beholder and Dungeon Master, allowing you to really get up-close-and-personal with the action. Just remember to bring plenty of healing, because like in any other RPG, a dead party member is of no use to anyone. Except maybe the inhabitants of said dungeon, but they can find their own snacks. Since combat is turn-based, you’re free to take your time, plan ahead and do your best to make sure everyone gets out in one piece.

Since every last dungeon and the world map are both procedurally generated, there’s no telling what to expect, and you’ll never know what might hide in those shadows just up ahead. That said, as you go along, slicing rats, bats and skeletons, remember that the heroes – your heroes – are (somewhat) expendable. Sure, you do need them to restore the world, but aside from that… well, I’m sure you can always recruit more in the next town over, should the need arise.

If you’re in the mood for a grand adventure, Heroes of a Broken Land can be purchased directly, from Desura and GamersGate. Steam? Not until they get through Greenlight.