Did you know that there is a land called Geometrika? Me neither, but it’s in need of help: Yang, one of its protectors, has been kidnapped, and it’s up to Yin (the player) to rescue him in this zen-like puzzler!


How does one carry out such a task, you ask? Oh, that’s easy – you just have to move from tile to tile, reaching the exit in each level. Actually, that’s not entirely true, as there’s more to it than that. You’ll have to match the color of the exit tile, otherwise it won’t open. Oh, and you have to destroy every last tile too… without trapping yourself.

It may sound like a simple mechanic, but Devada, the creator of Pathika, has many a twist in store for unsuspecting tile-walkers. As I ventured through the Dungeon of Tu, the first of five episodes (and the only one that’s free, I might add), I encountered all sorts of obstacles. Seeing how movement is restricted to adjacent tiles, once multi-colored teleporters, walls (more like tunnels), bleach and other fun things were added, the challenge ramped up noticeably. 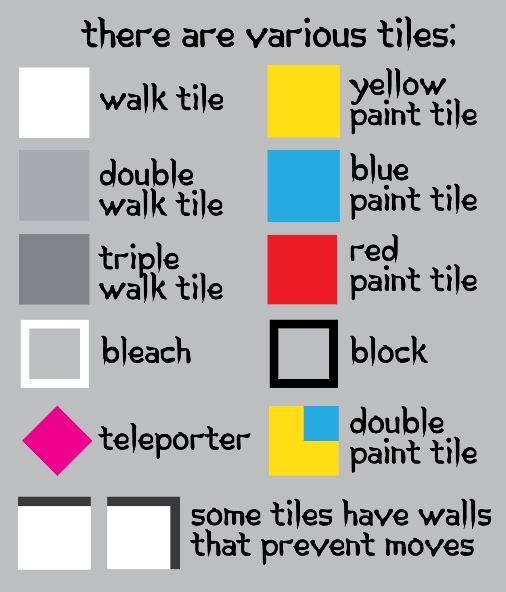 Fortunately, the game did a solid job of explaining each new mechanic upon introducing it. Teleporters allow travel between two tiles of the same color, even if they are not adjacent, while others need to be stepped on several times before they’re destroyed, and bleach strips Yin of color. That last one is particularly useful during times when Yin’s color is, well, the wrong one, and mixing isn’t always the solution (or even an option). Remember, wrong color equals no exit!

Figuring out exactly how to navigate these tile-based puzzles can be tricky, although never to the point where frustration kicks in. Should you get stuck, however, the solution is can be acquired by use of chi, which can be reclaimed either by completing levels or through IAP. Oh if you find the 3×3 ones too easy, don’t worry – the playing field does grow in the later levels, and with it, the challenge.

“The path left behind is the path lost forever. You have no choice but to keep going.”

As I reached the mid-40s (levels that is) and the board grew from 3×3 to 5×5, with bleach and teleporters everywhere, my head started spinning. So many tiles! Although since I had yet to use chi, I decided to press on to eventually emerged victorious. Or did I? After clearing the 50th and final level in Dungeon of Tu, I was presented with a cliffhanger-ish ending, leading into the next episode, Tower of Jin ($1.99 via. IAP). Definitely gonna be picking that up at some point! 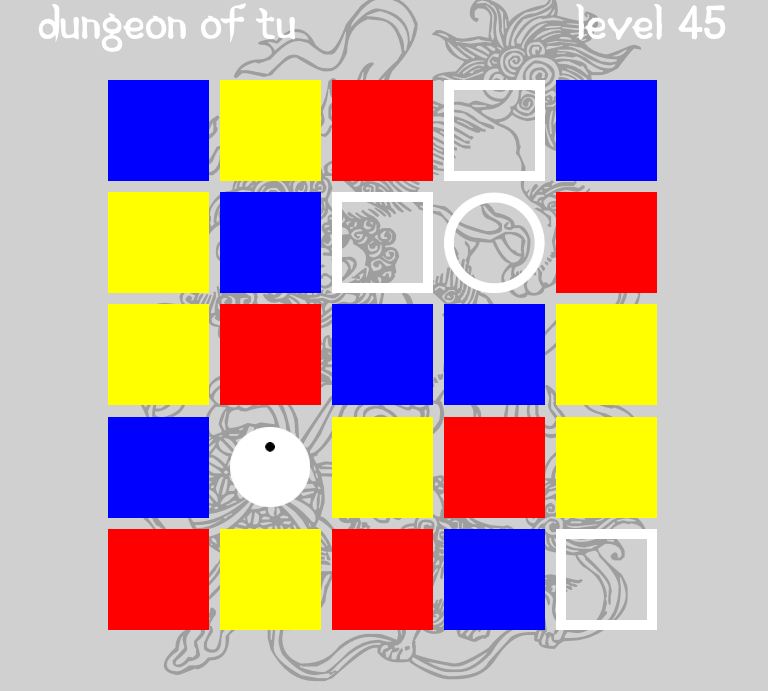 With its zen-like design, interesting puzzles, and episode one’s $0 price tag, Pathika is an easy recommendation for iOS fans (universal app) with a knack for puzzle solving. If you’re hungry for more afterwards, four more episodes await, priced at $1.99 each or $5.99 for the lot. While “first one’s free…” beats not being able to sample the goods, some may find $2 (or $1.50) for fifty puzzles to be a bit steep. But since the first batch is in fact free, grab your iPhone (or iPad) and go solve some puzzles in Pathika!