Boy is Jack Haunt ever in a pickle. As if being a wandering spirit stuck between the two realms isn’t bad enough, he’s also managed to lose the deed to his haunting grounds in a poker game, forcing him to evacuate the premise. There’s one problem though: Rules say he has to locate his earthly remains prior to leaving, and as fate would have it, he’s forgotten where they are. Time is running out for Jack Haunt (again).

How’s that for a spooky premise? At first glance, this may seem to be just another point & click adventure, but dig a little deeper and you’ll find a chilling tale of mystery that involves… the living dead! Scared yet? No? Well, the game does seem to be more about detective work than brain-eating zombies and other supernatural things, so chances are it won’t exactly make you jump out of your seat. 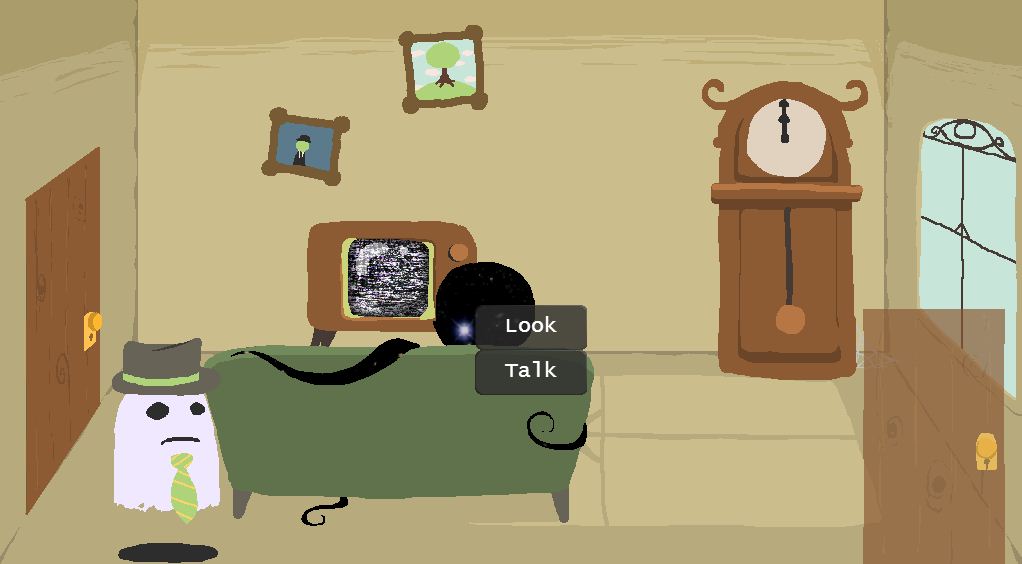 One thing that struck me as being particularly odd, was the interface. It’s far more streamlined than in most adventure games I’ve played (and that’s saying something). For starters, you never actually walk around to manipulate objects, which I found to be rather odd. Maybe being a ghost means having access to the power of teleportation? Who knows! Oh and clicking on something reveals a menu with possible actions, in place of the ‘typical’ hand/mouth/eye/etc. – not sure if I like this replacement or not, but it gets the job done.

It’s not often that we get to put on a detective hat and solve our own murder, that’s for sure. Although this being an alpha and all, you won’t get to do that here either, or at least not the entire case, as it only contains about a third of the game. Does look like a nice appetizer though, and fortunately, we won’t have to wait much longer for the full course, as it’s currently slated for a release next month. Now, how about that alpha?