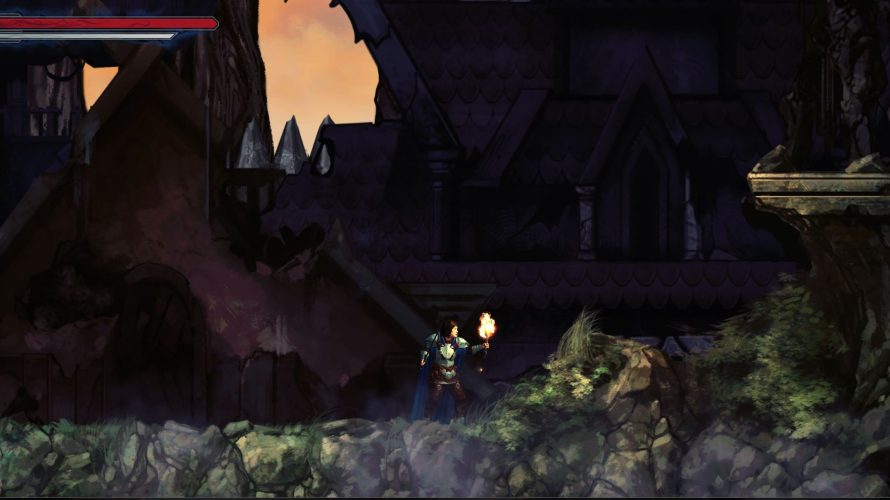 An ancient curse known as the Haze is sweeping across your homeland; unsurprisingly, you’re one of few able to resist its effect. As such, it goes without saying that you’re also the only one capable of removing it, in this rather stylish 2D Metroidvania.

Like any proper genre entry, Hazewalker places combat and exploration front and center, complete with a leveling system and of course, itemization. On top of that, you’ll also acquire the ability to do things like teleport past enemies and slip through narrow gaps, reaching otherwise inaccessible areas. And how about busting down a wall or two? At least, based on the alpha demo, I’m almost certain that’ll be a thing later in the game. Hard to say for sure though, alpha being alpha.

Your actions will have a direct impact on the story as it unfolds. The people you help, the trials you overcome, and the decisions you make will determine not only your own fate, but also the fate of your fellow survivors.

Shame. Would have liked to be an egotistical bastard for once, not caring about anyone but myself, in a game where the world’s about to end and I have to save it. But alas, that’s not the vision TheoryForm Games had for it, and I’m sure the game will still be a ton of fun, once it reaches completion around October 2015. But first, there’s the matter of a $100,000 crowdfunding in need of support – either financial or by way of feedback/spreading the word. 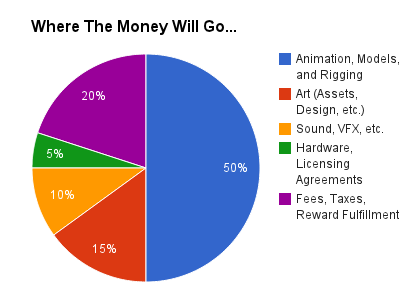 Now, that may sound like a large amount, but as you can see in the above chart, a sizeable chunk will go towards ‘reward fulfillment’, and based on what they’re offering backers with deep pockets, $20,000 sounds about right. Things like high-quality art prints, physical pendants (inspired by the world of Hazewalker), a portrait of backer’s choosing and the composition of a brand new custom track based on backer’s input aren’t exactly cheap, after all.

With $2,461 of $100,000 pledged and 34 days to go, it should be doable. Chances are will be, but as always with these things, only time will tell. Do keep in mind, however, that you can also help without busting out that fancy credit card – simply tell a friend or two, spread the word… heck, why not leave a comment while you’re at it, on the Hazewalker Kickstarter page? Feedback is feedback.