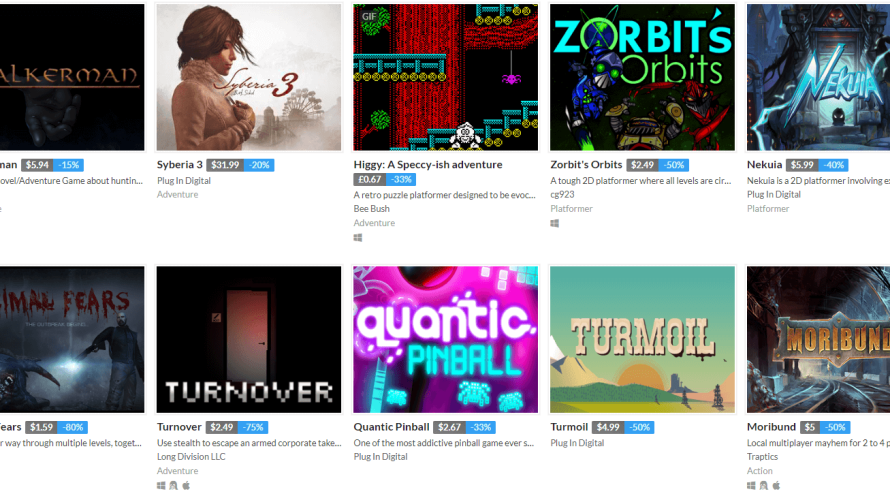 Unless you’ve been living under a rock, you’re well aware of how Steam’s annual summer sale is alive and kicking, featuring thousands upon thousands of discounted titles – some as heavily as 90% off! Impressive to say the least, although itch.io’s attempt at a sizeable summer sale is nothing to sneeze at either, even if the scale is somewhat smaller. Oh, and we mustn’t forget about the DRM-free aspect, of course. Something that Steam… well, doesn’t really do. Not entirely anyway.

That said, more than a few of the titles that make up the #itchsummersales actually come with a Steam key, meaning purchasers (it’s a word!) get the best of both worlds: something for their Steam library, and a DRM-free version of the same game; you know, in case Valve suddenly closes up shop. Because that’s actually going to be a thing at some point. In about a hundred years or so.

On a more serious note, at the time of writing, 484 games have been discounted (even if not all are directly related to said summer sale… I think?) over on itch.io, everything from pointy and clicky adventures to visual novels represented. The only thing missing, really, is an end date for the big sale. Perhaps in an effort to get people to pick up something right now instead of waiting around, reconsidering and such money-saving things? Nah, surely that isn’t the case…