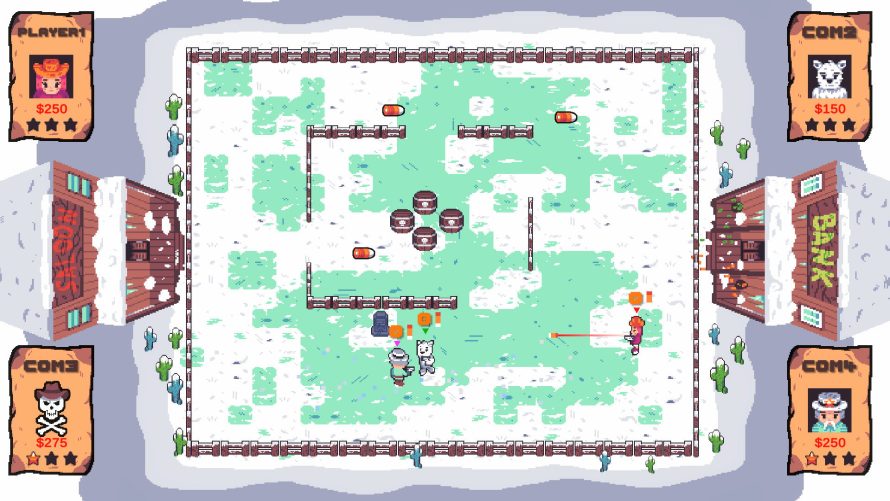 Don’t ya just hate it when a duel gets interrupted by the weather? I mean, surely gunslingers can settle their differences if it rains, but snow? Gah! Actually, wait. That makes it better. That makes… Gun Skaters!

Now, I know that duels tend to be an event that takes place between two people. No more, no less. While that could also happen in Gun Skaters, I suspect there’s a lot more fun to be had by involving a grand total of four people instead, skating on the rink, trying to, you know, survive. One bullet at a time.

It was a normal day for a few cowboys in the desert. They were about to battle when suddenly it started to snow. Now they have to duel wearing an ice skate!

Or you could opt for a more co-op-oriented affair with Zombie Attack, which will have you fending off waves of, well, you know… those guys. Not interested? Well, I suppose some people do still enjoy a game of foot-to-ball (a sport I believe is referred to as soccer, in some parts of the world), and oddly enough, that’s also possible on this here battlefield.

Gun Skaters is available on Steam and Switch, carrying a $4.99 price tag.