Bob the Build a Bundler? Nope, it’s Groupees with another grab-what-you-want-and-only-that bundle. An odd mix of titles in this one too, most of which I’ve never even heard of. I am familiar with some, but… yeah. Aside from that though, cheap is cheap!

Alright, each game’ll set you back $0.50 with a minimum of two (although keep in mind that paying more is totally an option). In spite of that, no matter how luring its description, do not buy Guise of the Wolf – here’s why. Anyway, no matter how much (or little) you pay, all three extras – once unlocked – will be added to your profile. But enough of that – onto the good stuff! 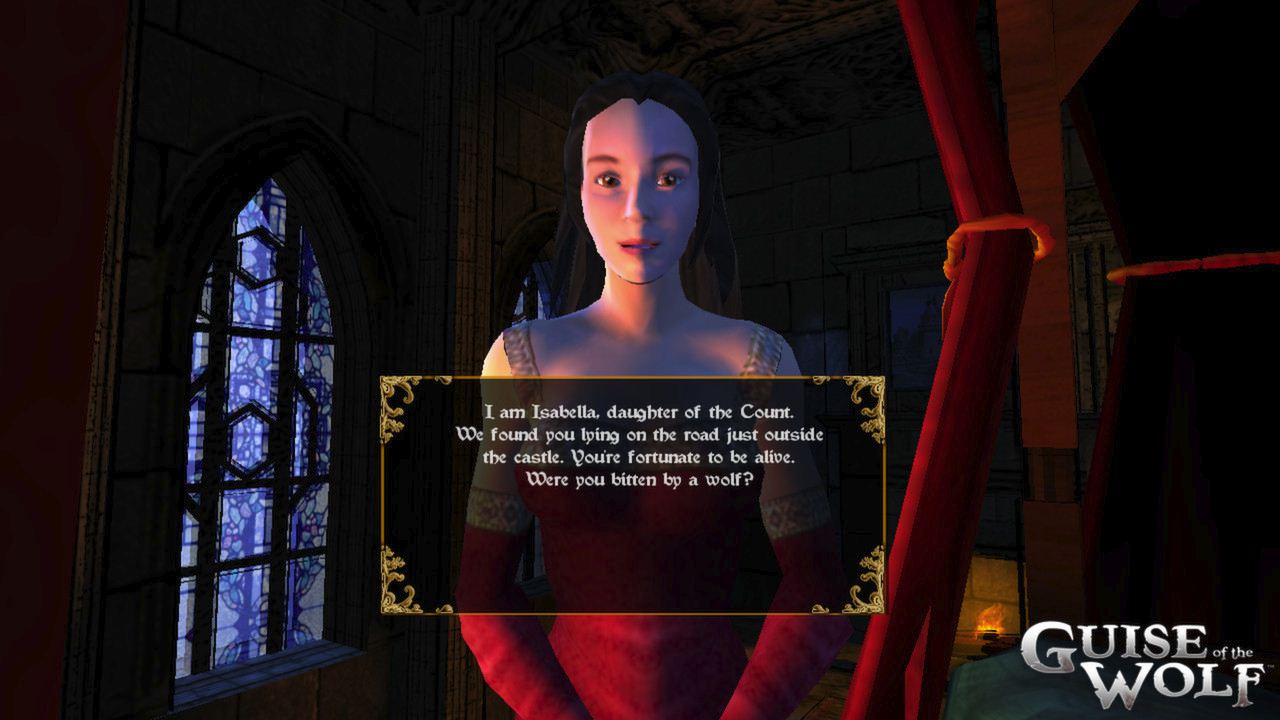 Guise of the Wolf (Windows – Steam)
The game is a first person Gothic action adventure game set in the medieval kingdom of Uhorsko. You play Dominik, a young alchemist summoned to protect the kingdom from a ravenous beast. Dominik’s goals soon change as he discovers he has been bitten, and cursed to become the very thing he has set out to stop. 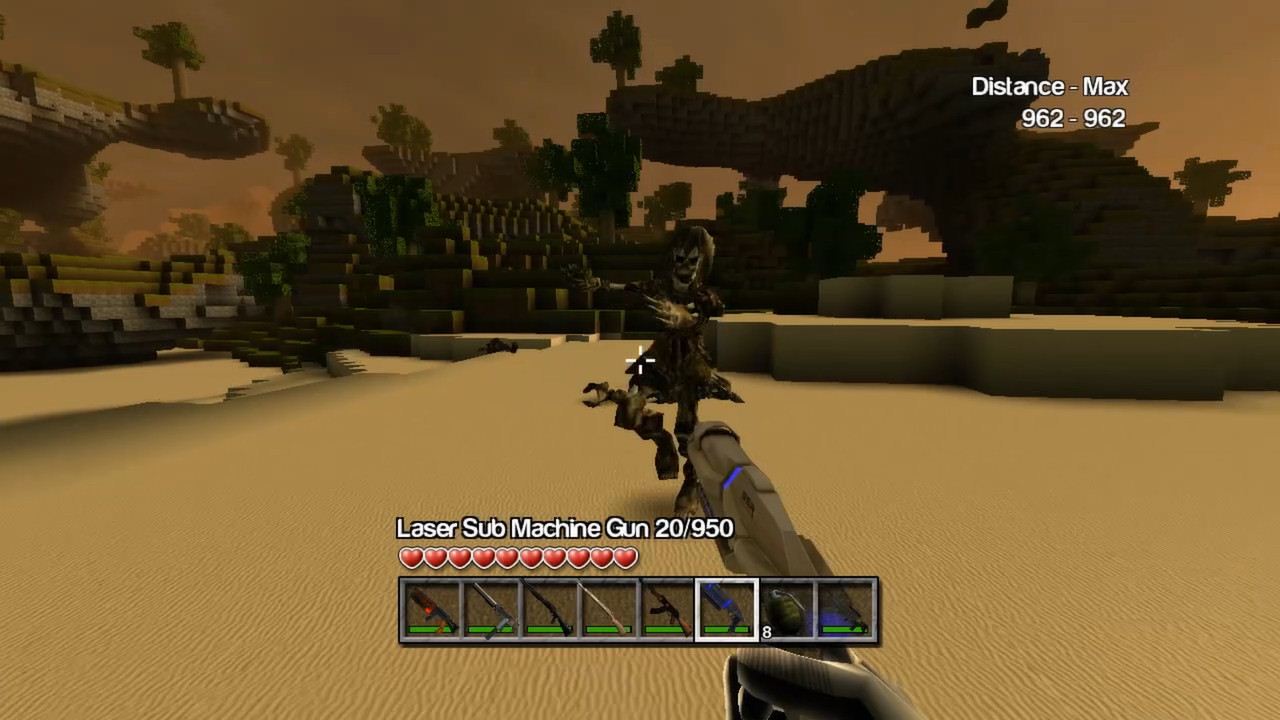 Castleminer Z (Windows Steam)
CastleMiner Z is an infinite world filled with deep places to explore, and horrifying monsters to slay. Build structures out of blocks, craft weapons and tools from raw materials, and explore the vast and frightening world around you. Play by yourself or online with friends in any of these exciting game modes 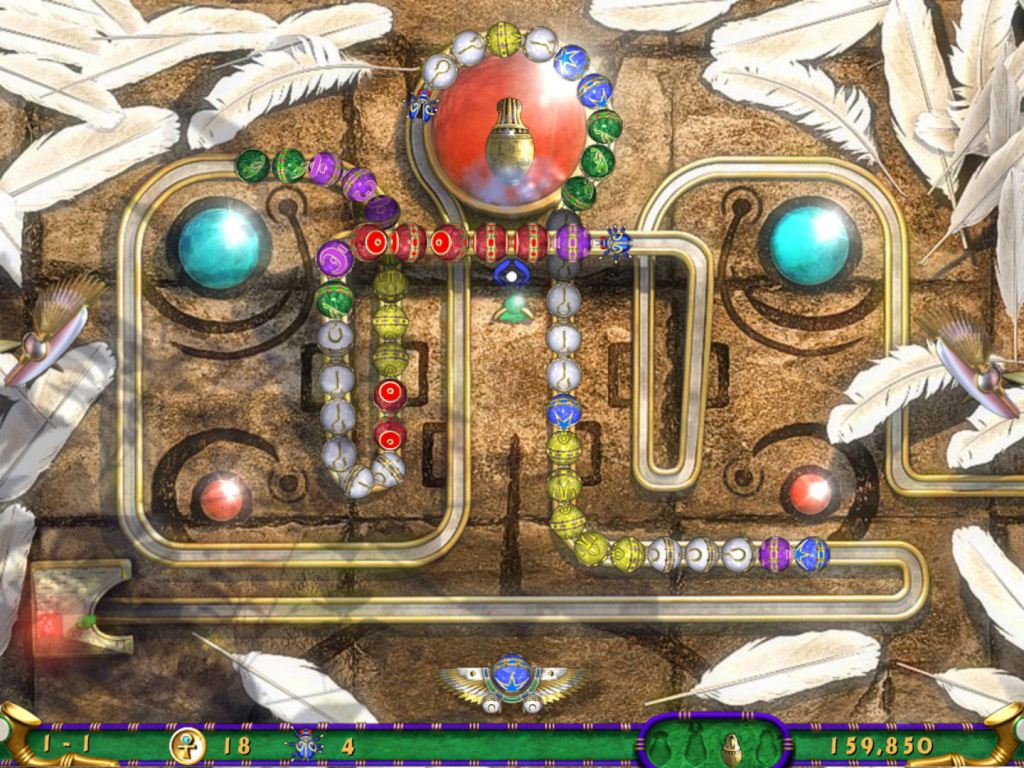 Luxor 3 (Windows, Mac – Steam)
Stop the procession of approaching spheres as they journey through the maze by matching three or more. Call upon the gods, denoted by color, to release specific power-ups and purchase upgrades with Ankh coins collected during gameplay. Free all the gods from captivity before they reach the pyramid at the end of their path, or all is forever lost. 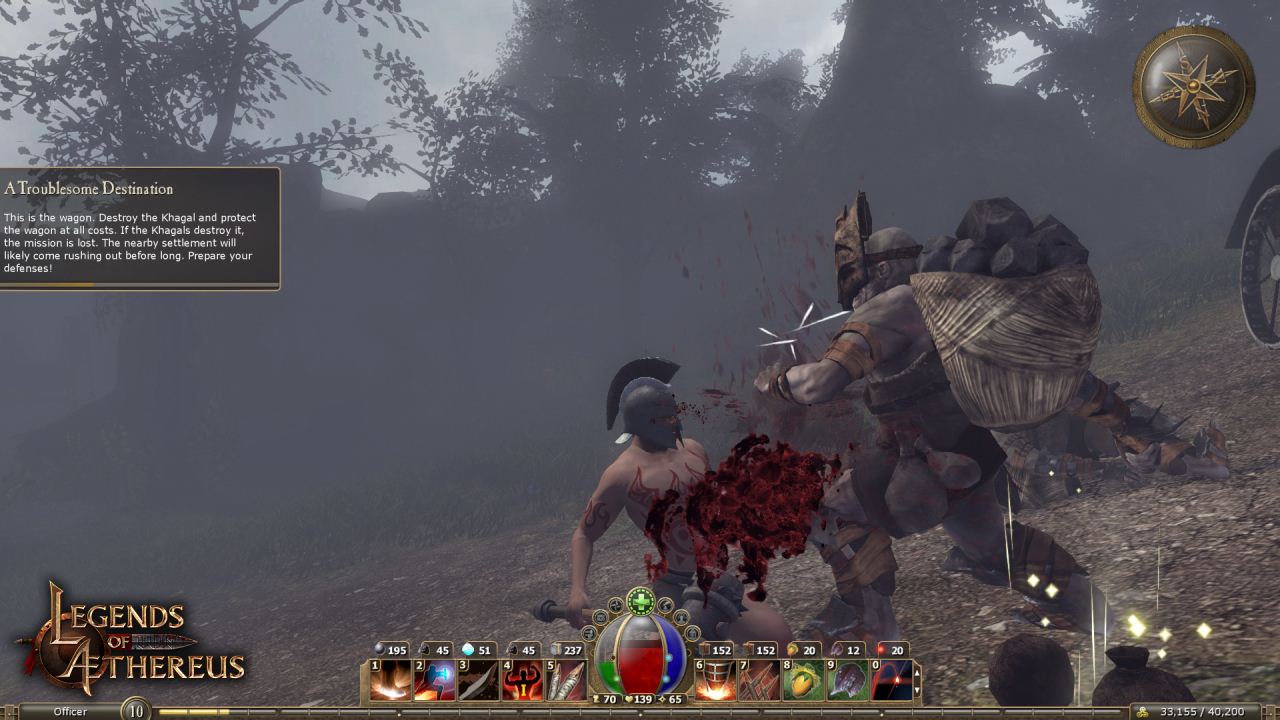 Legends of Aetherus (Windows, Mac, Linux – Steam)
The planet of Aethereus is an ancient and mysterious world filled with majestic forests, misty swamps, deep caves and ancient ruins. Devastated by three large astronomical events, the Three Great Skyfalls, it is a world just coming out of chaos and ruin. The recent unearthing of The Gauldron Tablets has revealed the existence of The Seven Ancient Skyfall Relics. The promise of unlimited power for those who possess the objects has led to a frenzied search across all of Aethereus.

Whitewash (Windows – Desura)
A sudden day Bill awakes cloistered inside a strange fortified building… He is told by voices on the walls that he’s hired to play a game. If he succeeds, he is free; if they succeed, he dies. Apparently he has no choice but to accept to play the game and so he does. At first all he has to do is to leave the skinner-box made to test his skills. Pick some objects, drop them on a processing machine, grab the battery generated by the components and put that battery over a energy slot to open the door. All that just to go to the next skinner-box chamber. Ok for a while, but when chamber after chamber each challenge becomes harder and military threatenings shows up everywhere… Bill understands he may never leave that place alive… 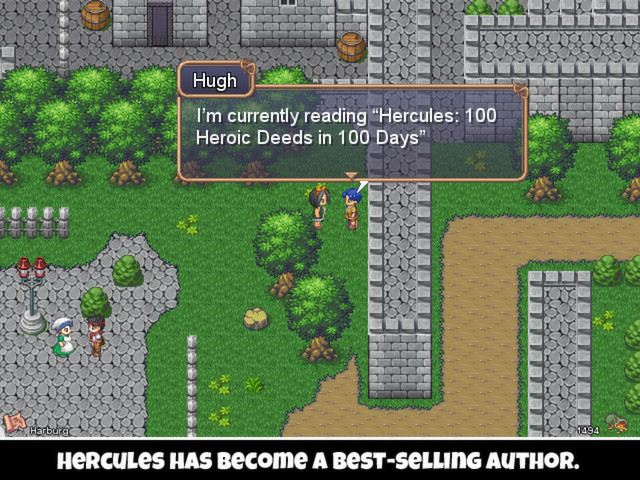 Aveyond: Lord of Twilight (Windows – Steam)
Journey across a massive world on a quest to thwart a power-crazed lunatic who wants to enslave humanity! Two hundred years ago, a sorcerer attempted to fulfill a dark prophecy that would see him rule the world. He died before his goal was realized, but the prophecy lingered on. Today, another maniac stands determined to succeed where the sorcerer failed and he needs YOU to fulfill his plan. Are you brave/crazy enough to stop this guy? Aveyond: Lord of Twilight is part 1 of the Orbs of Magic series. 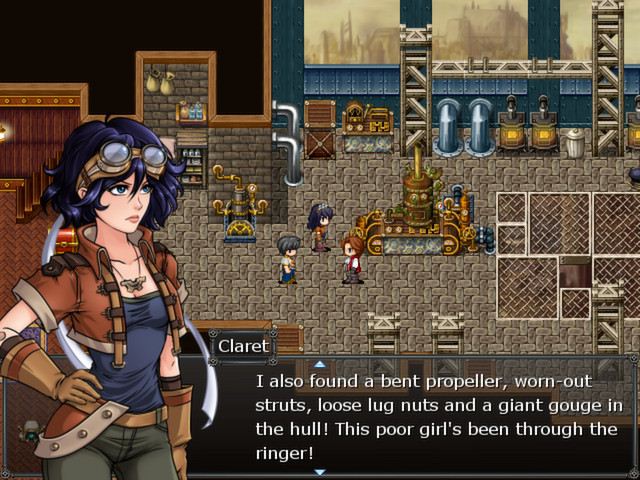 Skyborn (Windows – Steam)
Life under the rule of the winged Skyborn race isn’t so bad for Claret Spencer, the star mechanic of an independent repair shop. She can patch up just about anything…but when a certain cravat-wearing customer turns her life upside-down, she finds herself pulled into an epic, city-wide conflict that’s going to take a lot more than elbow grease to fix! Join Claret on her journey through a tale of magic, metal and mystery as she unravels the secrets of the Skyborn! 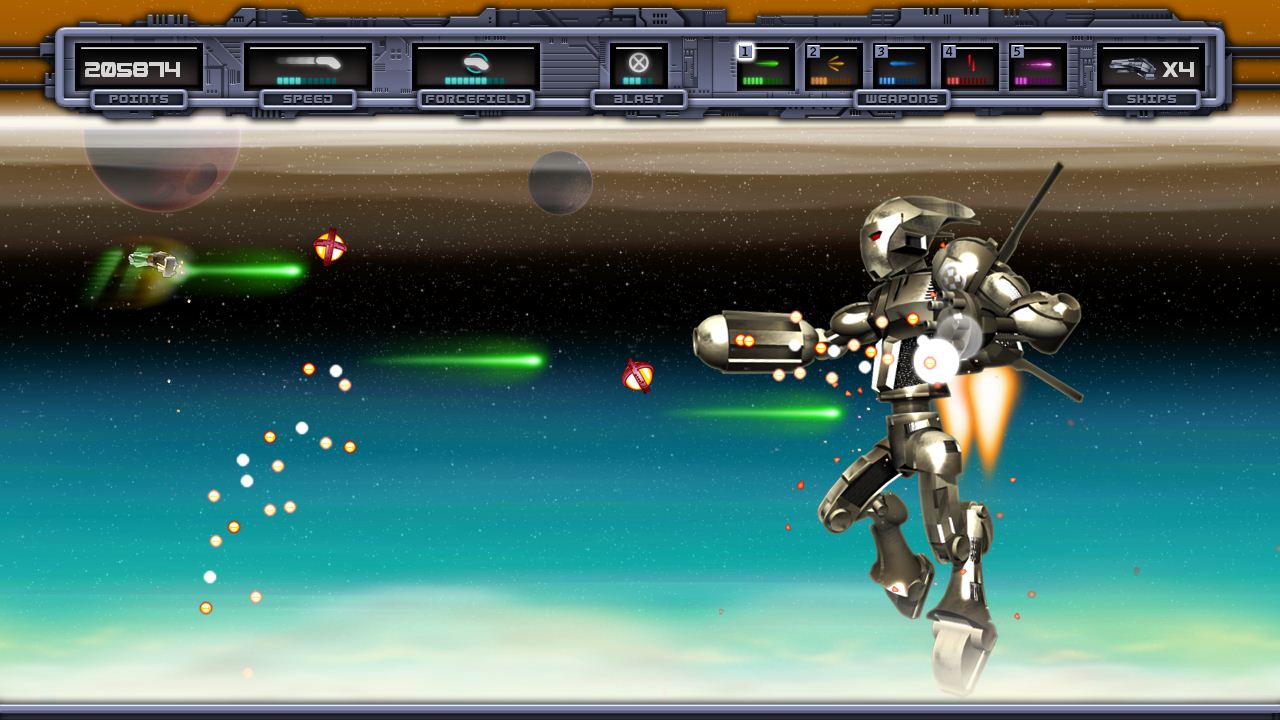 Power-Up (Windows – Desura) Greenlight
Spanning vibrant locations to a monster soundtrack, Power-Up thrusts you into battle with a diverse range of fighters, freighters and titanic level guardians. If you loved retro SHMUP classics like R-Type, Hellfire or Project-X, you’ll get a real kick out of Power-Up’s slick, detailed visuals, challenging gameplay and impressive arsenal of weapons.


Don’t forget that Groupees’ Build a Bundle 8 will only be available for little less than eight days, so don’t wait too long; unless you enjoy paying full price for indie games of course. Nothing wrong with that though, but since a bundle has been made available and all – might as well, right?