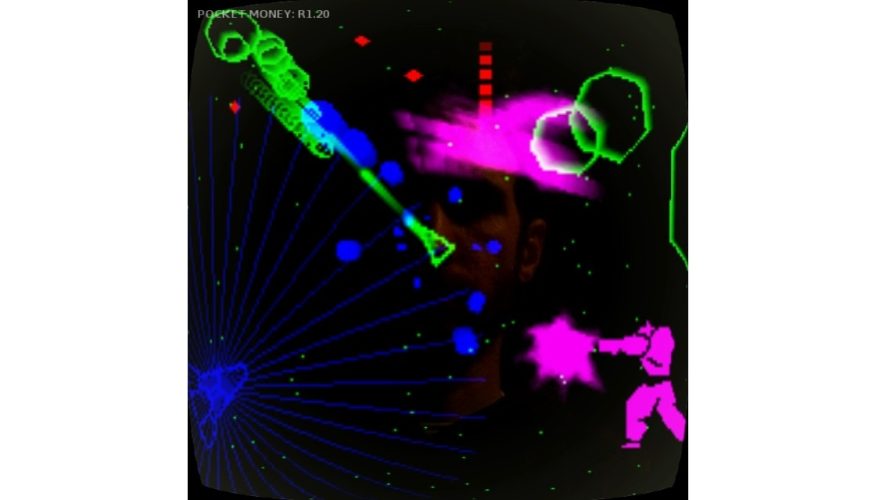 Gotta say it’s been a while since one single game managed to confuse me as much as Gonubie Hotel. This is in no small part due to the fact that in it, I found myself playing four arcade games at once, on the same screen, with just one set of controls! Needless to say, it’s every bit as chaotic as it sounds.

Come to think of it, the four titles which Ian MacLarty somehow shoved into a single game, do bear an uncanny resemblance to Street Fighter, Asteroids, Snake and… a fourth game whose name eludes me. Can’t say I’m surprised by those choices though. I mean, if you’re gonna do something arcade-centric, might as well pick stuff everyone’s familiar with, right?

Speaking of which, because attempting to play multiple titles at once using just the arrow keys isn’t complex enough on its own, lo and behold: the amount of quarters at your disposal is also rather finite, as indicated at the top of the screen. Oh and guess what? They’re constantly being drained, regardless of how well (ha!) you’re doing in the games. Yup.

A note should probably be made about the flashy neon colors, for while they’re not anywhere near strobe light level, some may still find them a tad much. That said, coupled with the curved viewing area, they do certainly add to the overall ‘retro’ theme, enhancing the illusion that you’re playing on a 1970s arcade cabinet. If not for the fact that we’re in 2014 of course. Ah, if only time travel was possible.

A game about playing old arcade games in a hotel in a small coastal town in South Africa.

Anyway, assembled byte by byte (game by game?) for the MakeGame May pageant, I’d say this one’s almost more abstract than his Action Painting Pro. Not in a bad way though, as both are not only delightfully nonsensical but also completely void of anything resembling a victory condition (wait, what?).

Am I strange for enjoying such obscure games? Tell ya what, take Gonubie Hotel for a spin, then come back to answer that question. Be sure to watch out for asteroids!