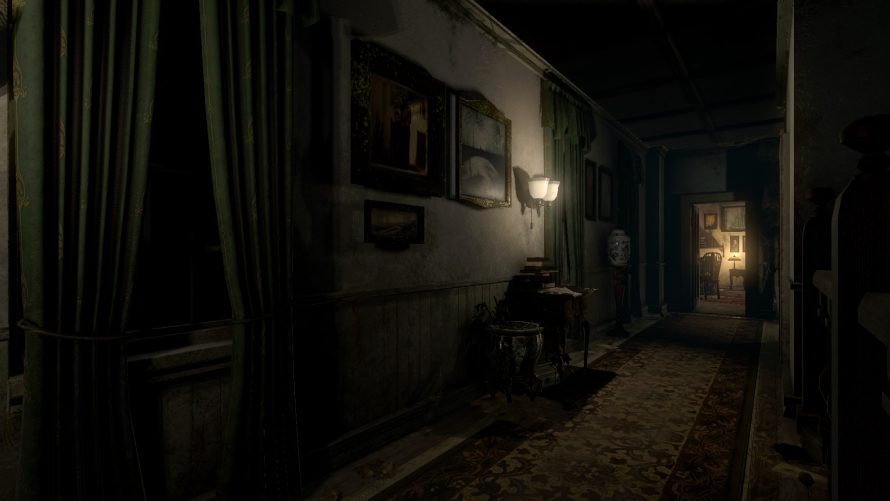 What do you call a horror game that doesn’t rely on clichés like zombies, aliens, mentally unstable personas or play out through (mostly) scripted events? Ghost Theory, plain and simple. Not thereby saying there won’t be the likes of jumpscares or ghosts to properly terrify, but I’ll still take those things over slow, shambling corpses and rampaging psychopaths, ya know? Oh, and you have the gift of clairvoyance in this one because that’s just groovy.

The world of Ghost Theory holds many secrets. Secrets which Barbara, its protagonist, is determined to uncover… or die trying! I mean, paranormal abilities (yes, plural -- clairvoyance is only the beginning) aside, she’s still a human, fragile as they tend to be, susceptible to fear and all that not-so-good stuff, after all. But there’s no time for that as someone has to figure out what’s going on in each haunted locale, hopefully ridding each of the source of disturbance in the process. Hopefully, albeit likely not always.

With each haunting she delves into, she gathers precious information and data, allowing her fellow scientists to reach new breakthroughs and get ever closer to solving the eternal mystery of the afterlife.

Oh, did I mention your best bet against the forces from beyond is actually avoidance, prioritizing stealth over confrontation? Because like it or not, that’s how it is -- for the most part, anyway. So tread carefully, be mindful of your surroundings, and always check under the bed. Twice. Maybe even three times, just to be sure nothing’s taken up residence in that hard-to-see area.

Now, there’ll be plenty opportunity to roam through barely lit hallways as Barbara, accompanied by her trusty team of like-minded supernatural experts, but not until after a successful Kickstarter campaign. A campaign which is currently at £7,710 (~$10,982) of £100,000 (~$142,450) with 23 days on the clock, ending on February 20, 2016. Whether it’ll be successful remains to be seen. Current release window is September 2017 for Windows and OS X, complete with full VR support. So what say we get it kickstarted and through Greenlight, eh?