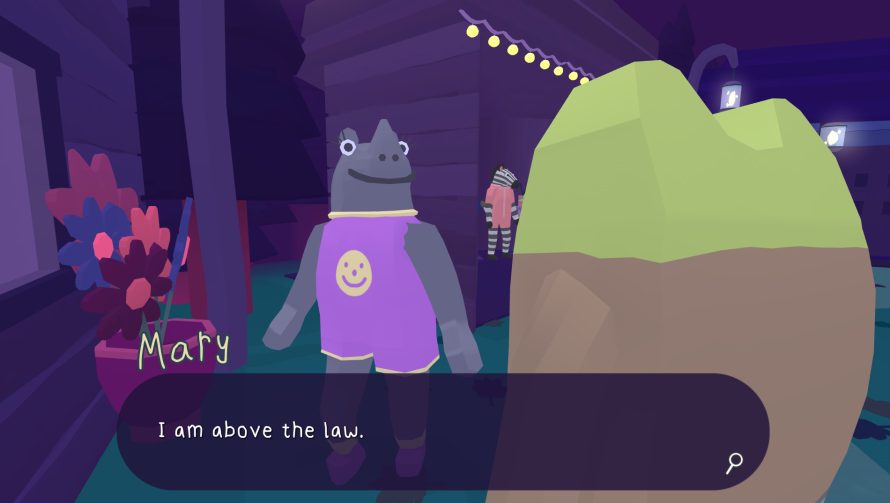 It’s been little more than a year since Frog Detective first made a splash in The Haunted Island, a Frog Detective Game (remember?). Did he actually end up solving that case before embarking on the new one featured in Frog Detective 2: The Case of the Invisible Wizard, or.. wait, did he? I haven’t the froggiest, but I also don’t really care. He’s a frog detective. Who am I to argue with someone like that?

That said, he darn well better put the culprit of this latest case behind bars before long, even if he is seemingly only armed with a magnifying glass and a … notebook. To start with anyway. I’m sure all kinds of useless junk will be acquired as he goes along, in true point ‘n click adventure fashion. So by the power of deduction, something something invisible wizard! Who can be trusted, if anyone? No one! Maybe.

A town’s welcoming celebration for a mysterious Invisible Wizard has been ripped to shreds by an unknown culprit.

I do like the way he is able to somehow add photographs in his notebook simply by looking at someone, though. That’s a rare gift. Even for a frog detective. One who, as far as I can tell, doesn’t really have a whole lot of field experience. I mean, this is only his second game after all, so how -- and more importantly, where -- did he learn that particular trick? Did that wizard who seems to be of rather great importance (based on the name of the sequel) perhaps teach him? Will this case be his last? His best? None of the above? Heck if I know! It looks like a fun time, if a tad short, in any case (get it… case?).

Frog Detective 2: The Case of the Invisible Wizard is available on Steam and itch.io, with a $4.99 price tag.